Advent is for Introverts

Advent is for Introverts December 11, 2018 vancemorgan

I was raised in a version of Christianity that had no sense of the liturgical year. I have often described the landmarks of my Baptist youth as Christmas, Easter, and everything else. I knew nothing of Advent until my twenties, and loved its energy, its carols, its texts–it still is my favorite liturgical season decades later. Inwardness, reflection, anticipation, and patience–Advent is for introverts. 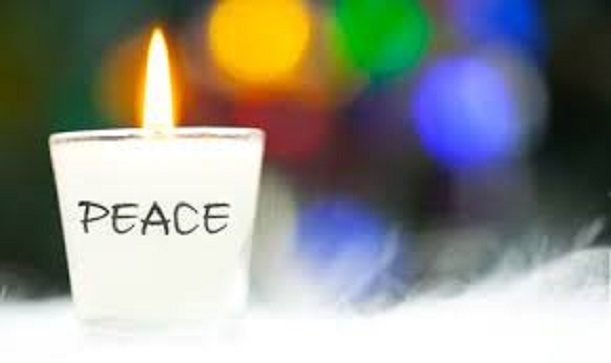 Many of my best Advent memories are related to music. Charles Harlan Clarke was the organist and choirmaster at St. Matthew’s Episcopal Cathedral in Laramie, Wyoming during the 1980s where during my late twenties I was earning my Master’s degree at the University of Wyoming. I was new to the Episcopal church and loved everything about it, particularly the liturgy and the cathedral’s music ministry which was of higher quality than one might expect in the middle of a 7500-foot-high desert. Charles was glad to welcome me into his circle of musicians; soon I was playing the grand piano in the corner of the sanctuary on Sunday mornings as Charles played the beautiful organ that, when it was constructed in the early 20th century, was the largest organ west of the Mississippi.

One of the choir’s “go to” pieces was Paul Manz’s “E’en So Lord Jesus, Quickly Come,” a favorite because it was a capella (meaning that I could leave the piano and join the choir) and it fit the mix of voices in our collection of singers perfectly. It was particularly a favorite piece because of the story behind its composition. Charles was friends with Paul Manz, a renowned composer and organist, and loved to tell us the tale as Manz had told it to him. Manz and his wife Ruth often were a composing team for choral music, with Ruth writing the lyrics and Paul the music. At Christmas time in 1953, their three-year-old son was gravely ill; Paul and Ruth kept vigil at his hospital bedside as his doctors and nurses gently prepared them for their son’s inevitable death. Late one evening Ruth remembered some verses from the Book of Revelation that suddenly took on new meaning as their son lay dying. She worked with the text a bit and showed it to her husband.

Peace be to you and grace from him / Who freed us from our sins, / Who loved us all and shed his blood / That we might saved be.

Rejoice in heaven, all ye that dwell therein, / Rejoice on earth, ye saints below, / For Christ is coming, is coming soon!

E’en so, Lord Jesus, quickly come, / And night shall be no more; / they need no light nor lamp nor sun, / For Christ will be their all.

In an interview fifty years later, Ruth Manz told an NPR interviewer that “I think we’d reached the point where we felt that time was certainly running out so we committed it to the Lord and said, ‘Lord Jesus quickly come.’”

As Charles told the story, the medical staff finally convinced Ruth and Paul to go home to get a bit of sleep, promising that they would be called immediately if there was any change in their son’s condition. In the middle of the night the phone rang—it was the hospital. “Your son has woken up—his fever has broken. The doctor on staff has checked him out carefully and he appears to be fine. You can come and take him home.”

Every time the choir sang this piece someone in the choir was appointed to tell the story of how it came to be written before we sang it. As far as I can remember, no one ever made it through the story without choking up; we finally had the story printed up and placed in the program each time we performed it. It is Paul Manz’s best known work—over one million copies have been sold. We live in a world that sorely needs light to shine into the darkness and hope to replace despair—miracles do happen. We await one during this Advent season. Peace be to you.

December 9, 2018
Banging on the Door of Hope
Next Post 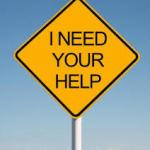 December 13, 2018 Did Jesus Ever Say "I'm Sorry"?
Recent Comments
0 | Leave a Comment
Browse Our Archives
get the latest from
Freelance Christianity
Sign up for our newsletter
POPULAR AT PATHEOS Progressive Christian
1