“If people are just going to keep doing that, I wish I’d never been born.”

“If people are just going to keep doing that, I wish I’d never been born.” October 25, 2020 vancemorgan

We’ve all done this, we bang and bang on the door of hope, and don’t anyone dare suggest there’s nobody home. Barbara Kingsolver

I recently finished reading Barbara Kingsolver’s latest novel, Unsheltered. One of the first full-length, fictional treatments of what it’s been like to live in the cognitive and social dissonance that has accompanied the rise and presidency of Donald Trump, it is not one of my favorites of her many novels (The Poisonwood Bible remains my favorite). Unsheltered is populated with characters who are less than fully fleshed out, who seem to be collections of various talking-points rather than real people, and whose conversation sounds more like an MSNBC or Fox “roundtable” discussion than anything we might hear normal human beings conversing about. Every stereotype is represented from all parts of the political spectrum—each reader will find herself or himself in one or more of the characters. My guess is that Kingsolver wrote the novel in anger and frustration—something that many of us can relate to these days. 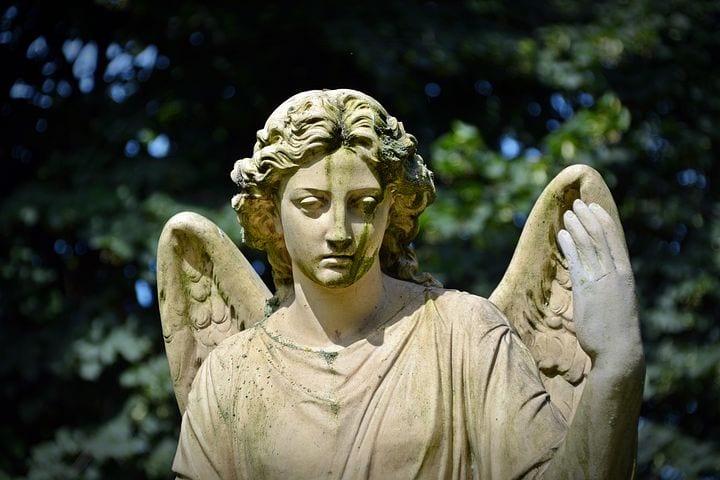 In one of those odd synchronicities that I long ago stopped trying to explain and started just accepting, my friend Mitch, who is the priest-in-charge at the Episcopal church I attend, happened to mention Barbara Kingsolver in his homily the Sunday after I finished Unsheltered. But Mitch wasn’t referencing the novel—he hasn’t read it. He ended his sermon with some thoughts and a brief passage from “Small Wonder,” the first essay in a collection of Kingsolver essays of the same title that was published almost two decades ago, just a few months after 9/11. I read the collection a number of years ago and had entirely forgotten about it. Mitch’s mention of it reminded me that I have often thought that Kingsolver is a better essayist than novelist. “Worth taking another look,” I thought, as I pulled Small Wonder off the shelf when I returned home from church.

The next morning, I read the opening essay that Mitch had quoted from the day before. The real theme of the essay is “now what?” It’s a question that’s been on the minds of many over the past several years, but in Kingsolver’s 2002 essay, the question is asked in the context of 9/11 and of America’s subsequent invasion of Iraq and Afghanistan. Kingsolver writes:

The closest my heart has come to breaking lately was on the day my little girl arrived home from school and ran to me, her face tense with expectation, asking, “Are they still having that war in Afghanistan?”

As if the world were such a place that in one afternoon, while kindergartners were working hard to master the letter L, it would decide to lay down its arms. I tried to keep the tears out of my eyes. I told her I was sorry, yes, they were still having the war.

She said, “If people are just going to keep doing that, I wish I’d never been born.”

I can imagine a young child these days, returning from an “active shooter” drill at her kindergarten, while also wearing a mask and being reminded to socially distance, saying the same thing. A person I love once said “Life is overrated,” and meant it. There are times when that doesn’t seem like an overstatement.

And yet somehow, we plow on. As Kingsolver writes, “We bang and bang on the door of hope, and don’t anyone dare suggest there’s nobody home.” Human beings are incapable of living without hope. If there isn’t any to be found, we manufacture it. We choose to interpret what happens and doesn’t happen in ways that point toward a glimmer of something better and worth searching for. And sometimes we describe the process in words that include the divine.

God is in the details, the completely unnecessary miracles sometimes tossed up as stars to guide us. They are the promise of good fortune in a cloudless day, and the animals in clouds; look hard enough, and you’ll see them. Don’t ask if they’re real.

I’ve written more than once on this blog about the power of hope by using a text from an unlikely source in the Hebrew scriptures. In “Lamentations,” one of the darkest of all texts in all of scripture, we find this:

In a month, the liturgical calendar will turn to Advent, my favorite liturgical season. Advent’s strongest image is pregnancy. Elizabeth’s . . . Mary’s . . . so unexpected, so miraculous. A distant, long-promised hope is about to literally be fleshed out. When we turn our attention away from our obsession with the mess of our daily lives and the human condition toward distant promise, we choose to believe that when the divine takes on our human suffering and pain, we in turn take on divinity itself.  The choice to look outward in expectation is within our power, as described in this passage from Baruch:

Take off the garment of your sorrow and affliction, and put on forever the beauty of the glory from God. Put on the robe of the righteousness that comes from God; put on your head the diadem of the glory of the Everlasting; for God will show your splendor everywhere under heaven. For God will give you evermore the name, “Righteous Peace, Godly Glory.”

The phrase “It’s always darkest just before the dawn” is usually little more than a platitude, but in this case, it makes sense. We have reason to hope, because help is on the way. We just need to learn where to find it.

October 22, 2020
"Political Jesus": Yes, those words belong together
Next Post

October 27, 2020 Let's Get Real: Absolutely Everthing is at Stake One Week from Today
Recent Comments
0 | Leave a Comment
Browse Our Archives
get the latest from
Freelance Christianity
Sign up for our newsletter
POPULAR AT PATHEOS Progressive Christian
1