In a recent interview, Union Theological Seminary president Serene Jones said that “If you really believe this stuff about grace, if you really believe God loves everybody and the world, and forgives, ultimately, in mercy, everybody, it profoundly affects your politics.” Theology is always political. As we speed toward the Presidential election and its aftermath, there is no better time to consider the political implications of one’s faith. 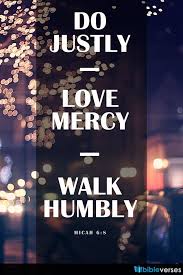 In a well-known and often-quoted passage from the Jewish scriptures, the prophet Micah asks a question that should be on the hearts of all persons of faith: What does the Lord require of you? Micah immediately answers his own question: To do justice, to love mercy, and to walk humbly with your God. In my experience, persons of faith (including me) tend to be much better at the “mercy” and “humility” part than the “justice” part. Not long ago, I had the opportunity to work, with a number of students in the interdisciplinary course I teach in, through a text that fuses faith and justice in a way that is both disturbing and mind-blowing (or, perhaps, faith-blowing).

The text in question is A Theology of Liberation by Gustavo Gutiérrez, one of the most important and influential twentieth-century works of theology. I was largely aware of liberation theology, as well as its impact on the theology, history, and politics of Latin America over the fifty years since the book’s publication, but this was my first time actually reading the text. Large portions were assigned for that seminar; my mostly Catholic students, accustomed (as I am) to the notion that politics and religion should be kept separate (and neither should be talked about at the dinner table), were both amazed and disturbed by what they had read. Gutiérrez argues that a committed Christian faith requires, first and foremost, a commitment to the liberation of those who are oppressed—the very widows, orphans, homeless, hungry, naked, and disenfranchised persons that Jesus so often focused his (and our) attention on in the Gospels.

To place oneself in the perspective of the Kingdom means to participate in the struggle for the liberation of those oppressed by others. This is what many Christians who have committed themselves to the Latin American revolutionary process have begun to experience.

From the perspective of liberation theology, the gospel message cannot help but be political, because the systems that oppress people and necessitate liberation are political and economic to the core. Gutiérrez knows, of course, that such a fusion of religion and politics, faith and activism, is a challenge to traditional approaches.

If this option seems to separate them [activist Christians] from the Christian community, it is because many Christians, intent on domesticating the Good News, see them as wayward and perhaps even dangerous.

But, Gutiérrez argues, it is in fact the “radicals,” those motivated by their Christian faith to involve themselves in the struggle for liberation, who have a better and clearer sense of what the “Good News” is actually about.

In their commitments, and even in their attempts to explain them, there is a greater understanding of the faith, greater faith, greater fidelity to the Lord than in the “orthodox” doctrine of reputable Christian circles. This doctrine is supported by authority and much publicized because of access to social communications media, but it is so static and devitalized that it is not even strong enough to abandon the Gospel. It is the Gospel which is disowning it.

Gutiérrez argues that it is in the interest of entrenched power structures, both religious and secular, to “domesticate” the gospel, to convince Christians that their faith is about what happens after they die, not about what happens now.

One short section toward the end of the book, entitled “Jesus and the Political World,” begins with the observation that raising questions about the liberation of the oppressed, the need for social revolution, and the violence that accompanies any radical change, “have all led many Christians to ask themselves about the attitude of Jesus regarding the political situation of his time.” The very question of whether Jesus was political raises many eyebrows. Why?

We take it for granted that Jesus was not interested in political life: his mission was purely religious. Indeed we have witnessed . . . the “iconization” of the life of Jesus. the life of Jesus is no longer a human life, submerged in history, but a theological life—an icon. As happens with icons, his actions lose their human context and are stylized, becoming transformed into signs of the transcendent and invisible world . . . It is impossible not to experience a sensation of unreality when presented with such a life of Jesus.

In his subsequent discussion over the next several pages, Gutiérrez is careful to warn against swinging too strongly in the opposite direction from the “iconized” Jesus, against assuming that Jesus was specifically aligned with a particular movement or group of his day (such as the Zealots).

Instead, Gutiérrez argues, “the message of Jesus is addressed to all persons. The justice and peace he advocated know no national boundaries.”

The liberation which Jesus offers is universal and integral; it transcends national boundaries, attacks the foundation of injustice and exploitation, and eliminates politico-religious confusions, without therefore being limited to a purely “spiritual” plane . . . The life and preaching of Jesus postulate the unceasing search for a new kind of humanity in a qualitatively different society.

All of this both implies political engagement and resists co-opting Jesus for one’s own particular brand of politics and social activism. In this volatile and hyper-charged election season, it is important for people of Christian faith to remember that Jesus is not an American, a Republican, or a Democrat. Jesus was political, and remains political today, because whenever one actively seeks to liberate the oppressed, free the captives, and open prison doors as proclaimed by Second Isaiah in Isaiah 61, one is committed both to political action and to running afoul of entrenched secular and religious authorities and structures.

The life and death of Jesus are no less evangelical because of their political connotations. His testimony and his message acquire this political dimension precisely because of the radicalness of their salvific character: to preach the universal love of the Father is inevitably to go against all injustice, privilege, oppression, or narrow nationalism.

I am fond of saying that “I am a liberal because I am a Christian”; the most-visited and most-commented-on post in the eight-plus years of this blog’s existence bears that title.

I stand by that, but after engaging with Gutiérrez’s arguments I find myself challenged in new ways. My faith requires that I find ways to engage actively with the liberating aspects of the Gospel. At the same time, I must (as all person of faith must) be careful not to narrowly confine Jesus within the parameters of a political party or set of social positions—no matter how strongly they align with our own preferences. Jesus is bigger than that; persons of faith should be as well.

October 20, 2020
The Soul is Not a Thing, but it Most Certainly is Real
Next Post

October 25, 2020 “If people are just going to keep doing that, I wish I’d never been born.”
Recent Comments
0 | Leave a Comment
Browse Our Archives
get the latest from
Freelance Christianity
Sign up for our newsletter
POPULAR AT PATHEOS Progressive Christian
1