One Nation, Under God?

I was invited earlier this week by an online publication that I write for occasionally to submit an essay with the tentative title “America is not a Christian country, and that’s a good thing.” The idea for the essay came from this passage in Marilynne Robinson’s recent essay “A Proof, a Text, and Instruction”:

Those who invoke the idea of a “real America” would like to import a problem history has so far spared us. Take just the assertion that America is a Christian country. There is a history of appalling conflict among the churches and sects called Christian, which, by the grace of God, they left on the battlefields and scaffolds of Europe when they came here. The moment Christianity is established we will begin to notice that is extremely various, and we will begin to think about who the real Christians are.

There’s a lot in this; I’m sure I’ll be working my ideas out in this blog over the next few weeks. As I start gathering my thoughts, I am reminded that I wrote a blog post about related themes just two months before the November 2016 presidential election. So return to me to the days just after the 2016 Democratic convention, when Khazir Khan and William Barber were still fresh in our thoughts . . .

I think we got off the track when we allowed our government to become a secular government. When we stopped realizing that God created this nation, that he wrote the Constitution, that it’s based on biblical principles.

Sigh. I vaguely remember Delay saying something like this but dismissed it as yet another ludicrous statement from any number of elected officials from the South to whom I pay no attention. But when I bumped into an article about the interview the other day on my Facebook news feed, I decided it would be entertaining to put the link on my wall, commenting only “And I always thought that God wrote the Ten Commandments.”

Sure enough, in short order the comments started rolling in, none of them complimentary. Some suggested that Delay had been dropped on his head several times as a baby, others drew attention to the legal problems that led to Delay’s leaving Congress a decade ago. One person suggested that if God wrote the Constitution, there are some inexplicable passages.

No need for Mr. Khan to lend that guy a copy of the Constitution—he seems to be familiar with it. Several others used the strategy I often use when pushing back against ideas such as Delay’s: looking at the historical evidence.

To get a sense of the chaos, compromise, and principled hard work that went into the shaping of our Constitution, read James Madison’s Notes on the Federal Convention of 1787. It should be required reading for all citizens of the United States. Franklin, Washington, and Jefferson were all Deists, as were many other Founding Fathers.

The tenets of Deism are pretty simple. There is a creating force we call God, what we do in this life matters, and we will be held responsible in some way for it. When one takes the traditional Christian God and strips away those characteristics that cannot be argued for using reason and logic alone, you get the Deist God—a God too disengaged with the everyday workings of creation to get involved with writing a founding document for a bunch of successful rebels.

So why do so many people, particularly various sorts of Protestants, insist in the face of a massive amount of contrary evidence that this country was not founded on secular principles but rather essentially as a theocracy? A comment from my cousin was most insightful.

From seventh grade through high school, my cousin and I virtually lived in each other’s houses. We experienced together—and evolved from—exactly the sort of Christianity that sharply divides those who are in from those who are out, a religious form of the nativism that frequently rears its ugly head in our national discourse. This type of Christianity separates those favored by God from those who are not, just as nativism separates “us” from “them” in various ways. Tom Delay has simply taken the additional step of merging these two forms of exclusivity together.

Politicians often compete with each other as they seek to establish who is more “Christian” than their opponent. During my lifetime it is the Republican party that has owned the mantle of “most Christian,” particularly since the rise of the Moral Majority during the 1980s. But during our current election cycle, it feels like an alternative universe. The Republican nominee for President said nothing about God, faith, or religious values during his acceptance speech at their convention, while the Democratic nominee referred explicitly to how her Methodist upbringing has shaped her life of public service. The patriotic energy of the Democratic convention was reminiscent of a Republican convention in any other Presidential election cycle.

And then there was this. William Barber, the head of North Carolina’s NAACP and leader of that state’s Moral Monday movement, demonstrated clearly in his ten-minute speech at the Democratic convention how it is possible to bring one’s faith-based values into the world without insisting that everyone must sign on to a particular religious worldview.

One person commented on YouTube: “I’m an atheist, but I’ll go to service every week wherever he preaches. Just amazing.” This is how one can bring whatever one believes God to be into the public square without assuming that every person in that square means the same thing by “God” as you do. Barber’s comments are an inspiring and eloquent expression of what I mean when I frequently say and write that I am a liberal because I am a Christian.

In our nation dedicated, among other things, to the separation of church and state, one should not bring one’s faith into political debates and become, as the Apostle Paul put it, “a stumbling block and an offense” to those who do not share your version of your faith or to those with no faith at all. Rather, one should enter the public arena as the person one’s faith has caused one to become. 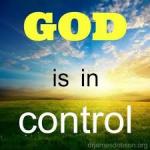 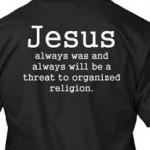 May 6, 2018 What Christians Get Wrong About Jesus
Recent Comments
0 | Leave a Comment
"Perhaps you might want to revisit the instances where Jesus taught that God gives His ..."
Eeyore Of Marx and Vineyards
"But then how does John's account fit your narrative? If it was written after the ..."
Greg Frederick When Jesus Takes a Walk
"What do you suppose will happen the next day? Let me guess; nobody will show ..."
2ndbone Of Marx and Vineyards
"Why are you implying that this is something that I would disagree with?"
Vance Morgan All Dogs Go To Heaven
Browse Our Archives
get the latest from
Freelance Christianity
Sign up for our newsletter
POPULAR AT PATHEOS Progressive Christian
1