Why it is So Hard to be Good

Back in December 2020, about a month after the November 2020 presidential election, I posted an essay on this blog called “Will Goodness Become Cool?” I wrote that

As President-elect Biden rolls out his National Security choices, his economic strategy team, his communications staff, and various Cabinet picks, I can feel the heart rates of millions of my fellow American lowering as we also remember what deep breaths feel like. Competence. Experience. Lifelong commitment to service.

With Biden’s first reported cabinet picks, we are moving from “so much winning” to “so much competence.” I’m not sure I’ll be able to handle it. I’ll be screaming “How dare you appoint qualified and experienced people to these positions??? Please appoint some incompetent, unqualified fool for this important position as we’ve become accustomed to!!”

An MSNBC pundit whose specialization is marketing suggested that, slowly, something else might happen. We might remember the value of niceness. With competence, cooperation, and diplomacy on display, Americans might remember that there is more that connects us than divides us. Goodness might become cool. 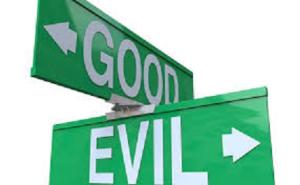 Looking back, it’s hard to believe that an overeducated, widely read, sixty-something-year-old person could be so naively optimistic. But then, most of us did not know that there would be an insurrection at the Capitol just one month after my post. All the competence, experience, and best intentions in the world are no guarantee of goodness. As Aristotle reminded the readers of his major work in ethics, “It is hard work to be good.”

I remember with particular fondness an introductory philosophy course that I taught many years ago in my college’s evening school, the School of Continuing Education, so long ago that I no longer have the syllabus and lesson plans in my digital archives (the documents were probably written in WordPerfect). The twenty-five students were the usual grab bag, including five or six youngsters from the day school, a couple of ROTC officers, some secretaries and administrative assistants from various departments and offices across campus, and a guy who had just been hired by the college as a night shift security guard.

Before I even met my students I decided that they would be guinea pigs as I chose to scrap earlier versions of my introductory syllabus and do something new. A standard topic in introductory philosophy courses is “the problem of evil”—why do bad things happen to good people, if there is a good God why is there so much evil in the world, and so on. My intuition then (and now) was that a different angle on this stale set of questions was needed.

What if we flipped the question on its head and asked where goodness comes from? After all, we are thoroughly familiar with the multitude of bad things that humans do and that happen to them. Instead of spinning our collective wheels there, why not investigate the phenomenon of goodness? How does goodness happen in a world where bad things grab most of the headlines and air space? I called the course “The Problem of Goodness,” and we were off.

I remember the discussions far more clearly than the texts and materials we used. I do remember spending class time with several films—“Schindler’s List, ” “Playing for Time,” and “Life is Beautiful.” We read Viktor Frankl’s Man’s Search for Meaning, an account of how the seeds of a powerful therapeutic technique for psychological healing were planted and nurtured in the midst of Auschwitz. But my main “take away” from this course came to light during one of our final class meetings. “What conclusions can we draw from our semester together?” I asked. “What have we learned about the possibility of goodness in the face of a world filled with evil?”

Various suggestions were offered, but I have never forgotten an idea contributed by one of the ROTC officers sitting in the back. “It seems to me,” he said, “that Goodness is perpetuated by individuals while evil, more often than not, is perpetrated by groups.” Such sweeping generalizations are always open to counter-examples, but at the time the students agreed that our studies that semester supported the conclusion. I have frequently returned to this thesis over the twenty or more years since our “The Problem of Goodness” class, most recently in a colloquium that I recently taught for the fifth time with a colleague from the history department called “Love Never Fails: Grace, Truth, and Freedom in the Nazi Era.”

In this focused investigation of goodness in the context of evil, the conclusions drawn by my students have often been remarkably similar to those drawn by my students two decades ago—goodness is sparked by individual commitment—what is committed to is less important than the requirement that individuals must be willing, often contrary to powerful collective forces, to risk a great deal–even one’s own life—in the pursuit of goodness.

Edmund Burke famously said that “All that is necessary for the triumph of evil is that good men do nothing.” In order, however, for this to be more than just another platitude we need to ask exactly what is required for good people to do something. It is one thing to rail against the failure of individuals to resist the collective power of evil, but it is another to specify what is needed for people to act. Two semesters ago, in the final seminar of my “Love Never Fails” colloquium, I gave my students the following assignment: Based on what we have learned, suppose that we wanted to write a handbook or guide for future generations on how to preserve and perpetuate goodness in the midst of evil. Are there common techniques or skills that the people we studied this semester invariably relied on as they responded to evil?

Here, in no particular order, are some of my students’ suggestions concerning how to preserve one’s character and integrity in the face of severe challenges.

Know who you are: It is very easy to become overwhelmed by the apparently monumental task of facing up to systematic evil and wrongdoing. In such situations, the only reasonable response appears to be “what can I do? I am only one person—I can’t make a difference.” But my students and I learned that moral character begins with understanding who I am and what I am capable of. I cannot change the world, but I can do something about what is right in front of me. That not only is enough, it can be miraculous. As the Jewish saying goes, “he who saves one life saves the entire world.”

Simplicity: One of my typical roles as a philosophy professor is to convince my students to dig deeper, because things are always more complicated than they seem. But one of the continuing themes of the semester was that those who respond effectively to evil and wrongdoing have often reduced moral complexities to manageable proportions. In response to complaints that “things aren’t that simple,” the consistent word was “sometimes they are.”

Some things are more important than life. I have often asked students over the years “what things are worth dying for?” more or less as a thought experiment. But for the people we studied, this was not an academic exercise. Just as Socrates sharply drew a contrast between “living” and “living well” more than two millennia ago, my students and I encountered a series of counterexamples to the notion that self-preservation trumps everything else. In a variety of ways, those who responded to evil demonstrated that some things are more important than guaranteeing ones continuing survival. As Socrates argued, some lives are not worth living. A life preserved by refusing to do whatever one can to resist evil is one of those lives.

Look toward the other: One of the most important keys to preserving goodness in the presence of evil is the ability to focus my attention on something other than myself. Iris Murdoch defined love as “the extremely difficult realization that something other than oneself is real.” There is no greater technique for escaping the iron grasp of ego and self-centeredness than cultivating a sharp awareness of the reality of what is not me. 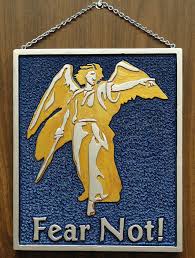 Don’t be afraid: There is a reason why the first thing that an angel usually says in Scripture when unexpectedly dropping into some human’s reality is “Fear not,” since we often respond to the unknown, the strange and the overwhelming with fear. The message of the human angels we studied together was “Don’t be afraid to expose your small spark of goodness in a world of darkness. It might just change a life—maybe yours.”

Perhaps the most remarkable feature of these common techniques is their shared accessibility. Self-knowledge, simplicity, the ability to recognize what is truly important, spiritual awareness, courage—these are not magical moral weapons available only to saints and heroes. I can do this. You can do this. But only if we start now. Good habits can only be developed through repetition; we only become skillful wielding the weapons of the spirit through practice. Let’s get started. 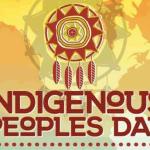 October 16, 2022 Mapping Ghosts and Believing Things that Aren't True
Recent Comments
0 | Leave a Comment
"I know you've read a number of essays on this site. Congratulations for stating the ..."
Vance Morgan Why the Details of Jesus’ Birth ..."
"So, at least we can agree that the notion that the Bible is literally true ..."
Silverwolf13 Why the Details of Jesus’ Birth ..."
"Yes but its importance, was greatly exaggerated when sin (in Greek, to 'miss the mark') ..."
Marc Wagner Raised on Original Sin
"That "Jesus or your baggage" warning is especially germane. TYVM, Vance."
Jennifer A. Nolan Deciding Whom You Belong To
Browse Our Archives
Related posts from Freelance Christianity