A Matter of Honor: Why So Many Soldiers Are Angry at the Bergdahl Deal 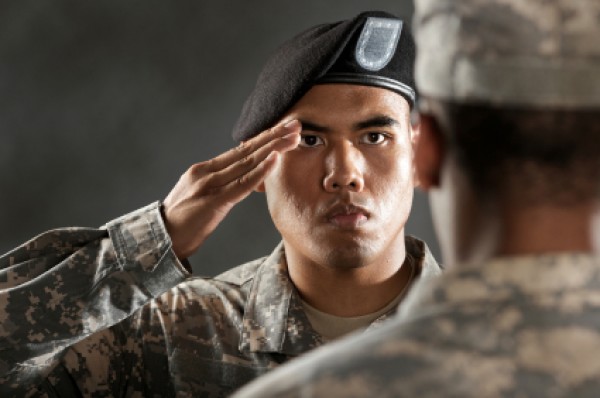 I’ve spent the last two weeks on vacation — the first real family vacation since shortly after I returned home from Iraq in 2008 — and I tried as much as I could to truly “unplug.” When the Bergdahl deal was announced, however, I failed utterly. The story infuriated me. Other writers at NRO have articulated the various flaws in the deal, including that the manner of the prisoner exchange broke the law and that providing such a steep ransom (high-level Taliban commanders) even further incentivizes American hostage-taking. But I want to focus on something else: a matter of honor.

Let’s begin with the New York Times’ account of his disappearance:

Sometime after midnight on June 30, 2009, Pfc. Bowe Bergdahl left behind a note in his tent saying he had become disillusioned with the Army, did not support the American mission in Afghanistan and was leaving to start a new life. He slipped off the remote military outpost in Paktika Province on the border with Pakistan and took with him a soft backpack, water, knives, a notebook and writing materials, but left behind his body armor and weapons — startling, given the hostile environment around his outpost.

No, not just startling. Criminal. Desertion is a crime. Even worse it’s a crime that — in the context of a modern deployment — requires rather considerable malice aforethought.

Many civilians don’t realize this, but every sentient deployed soldier — especially those deployed with combat units — knew that the disappearance of an American soldier was a matter of the highest priority. Specific code words would rocket up the chain of command the instant a soldier was unaccounted for, and all available units would immediately initiate a search — a search that the missing soldier would know would be extremely dangerous and would by necessity require a massive American presence on roads and in communities that were “uncleared” or known to be littered with IEDs and full of insurgents.

Yet the available evidence indicates he walked off anyway.

And of course, the predictable happened. The military initiated a massive search, and men died. American heroes died. Have their parents had a presidential photo-op like Sergeant Bergdahl’s parents enjoyed? In the moral calculus have we even considered or mentioned the Americans who may have died in the combat operations that led to the capture of the Taliban leadership?

To defend this dishonor, the White House’s quick-reaction blogging allies are demonstrating their ignorance. Here’s Salon:

Less understood is that when a member of the military fails to adhere to the far-right’s rigid formula of what a soldier should be (nationalistic, religious, obedient; conservative) right-wingers like Palin come down on them like a ton of bricks.

This is utter nonsense. The question isn’t whether Bergdahl adhered to a “formula” but instead whether he committed a crime under the Uniform Code of Military justice, a crime so severe that it was punished by death as recently as 1945.

ThinkProgress flails perhaps even worse, demonstrating willful ignorance of the law of armed conflict by claiming that the Taliban prisoners will have to be released soon anyway:

When wars end, prisoners taken custody must be released. These five Guantanamo detainees were almost all members of the Taliban, according to the biographies of the five detainees that the Afghan Analysts Network compiled in 2012. None were facing charges in either military or civilian courts for their actions. It remains an open question whether the end of U.S. involvement in the armed conflict in Afghanistan requires that all Guantanamo detainees must be released. But there is no doubt that Taliban detainees captured in Afghanistan must be released because the armed conflict against the Taliban will be over.

Let’s state this as plainly as possible: While we may attempt to end our combat operations against the Taliban, the Taliban have made no claim of ending their hostilities against us. We will be under zero obligation to hand over soldiers to an entity in an ongoing belligerent status against the United States.

Finally, a writer who should know better, Lieutenant Colonel Robert Bateman, actually tries to claim that in his prisoner exchange, President Obama stands in the shoes of Presidents Washington, Madison, and Lincoln (and that Washington, Madison, and Lincoln would endorse President Obama’s actions). After all, he notes, Washington and Madison swapped prisoners with the British and Lincoln did with the Confederacy (prisoner exchanges were not unusual in 18th and 19th century warfare). Prisoner exchanges amongst armed forces conducting warfare under the accepted legal rules in force more than 150 years ago are meager precedent for providing ransom to a terrorist entity that has never complied with the laws of war.

But if Lieutenant Colonel Bateman wants to follow Washington and Lincoln’s precedents, is he willing to go all the way? After all Washington sometimes hanged deserters, and dozens of Union soldiers were executed for the same crime during the Civil War.

To be clear, by discussing the possibility of deserting, I am not claiming that Sergeant Bergdahl is a traitor. I have not seen evidence that he is. After all, Union soldiers who deserted didn’t join the Confederate Army any more than American soldiers who deserted in World War II joined the Wermacht. They are separate offenses.

But merely reciting the mantra that we leave no man behind does not justify this deal. There is a difference between a desertion and “Blackhawk Down.” There’s a difference between desertion and a soldier’s confusion and mistake. The military has a long and proud history of enduring great sacrifices to retrieve pilots behind enemy lines and wounded and even dead comrades in the midst of the most intense firefights. In the conduct of those rescue missions, we are doing our best to defeat the enemies who’ve captured, wounded, or killed our comrades. But we — rightly — do not have a tradition of breaking our own laws and empowering the enemy to bring deserters home and then celebrating their return at the White House.

I hope and pray those are not the facts. I hope and pray that we did not choose to strengthen the Taliban so that our president could try to clumsily end a war on his political timetable. But I fear that’s exactly what happened.

Also read: The Difference Between Rescue and Ransom

June 3, 2014
Does Church Attendance Matter in Marriage? Yep.
Next Post

June 5, 2014 The Difference Between Rescue and Ransom
Recent Comments
17 Comments | Leave a Comment
"and what makes this even better is that the two girls are sisters http://www.huffingtonpost.c..."
d Black activists cried "racism" over this ..."
"It's heart wrenching to hear about this. Our country is getting more vile and depraved ..."
BlackSun Syndicate Target proudly welcomes men to use ..."
"a wolf dressed as a sheep is still a wolf - if u have a ..."
Aussie In Austin Target proudly welcomes men to use ..."
"I am picturing a little turd in pajamas sipping coffee."
Cantbelieveyouthinkthis Los Angeles Craigslist ad somehow captures ..."
Browse Our Archives
Related posts from The French Revolution 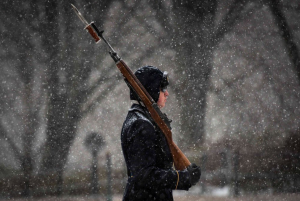 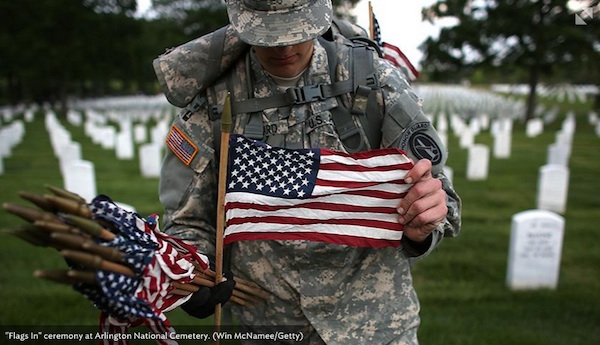 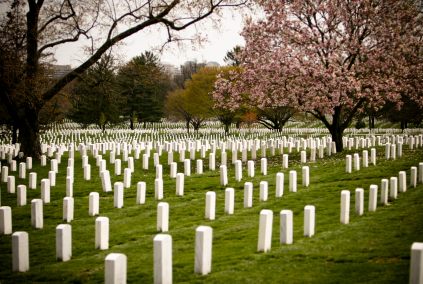 Politics Red
Why It's Not 'Senseless' When Good Men Die...
The French Revolution

Politics Red
How Do You Honor Courage?
The French Revolution
TRENDING AT PATHEOS Politics Red