Kid’s Book about Abortion: My “Sister Is a Happy Ghost!” 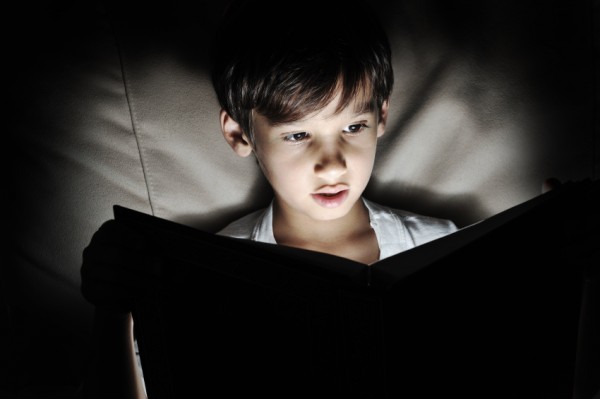 How do you tell your kid that you had an abortion before he was born?

Well, a writer named Mary Walling Blackburn wrote a children’s book called “Sister Apple, Sister Pig” which attempts to do just that.  The picture book tells the story of a little boy who is taught that his aborted sister is still around him… as a ghost, an apple, or a pig.  (The father cautions him about allowing his sister to be the apple, in case they need to eat her.)  The little aborted baby girl, the child is told, is “happy” because of the abortion. Really, you need to read it (here for free) to get the full gist of the book.

Basically, the son is told his aborted sister is now a “happy ghost” because her death allowed her surviving brother to eat well, to have more time with his mom, and to allow the family more money.

“Does that scare you?” the dad asks the child when he described the dead sister as a ghost. He responds: 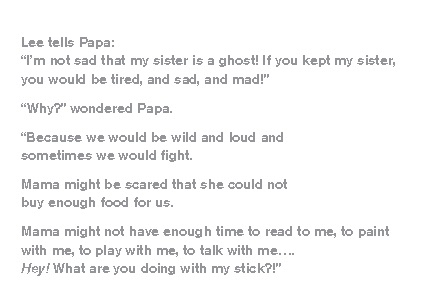 The book is aesthetically flaccid, especially considering it was created by an assistant professor of art at Southern Methodist University’s Meadows School of the Arts. On her faculty biography page, the author calls herself an “artist, activist, teacher, writer, feminist.”

In an interview about the kids’ book, she says it’s her way of playing “chicken” with the “white, evangelical… anti-choice people.”

(As an added bonus, she calls the aborted baby a “human animal.” Wait, has PETA complained about this book?)

Behold, the inner workings of the mind of professors in America… even at places called, “Southern Methodist University.”

March 31, 2015 5 Words That Show the Corruption, Deception, and Futility of American Politics
Recent Comments
20 Comments | Leave a Comment
Browse Our Archives
Follow Us!