Chick-fil-A is a constant target of the radical left because of its founders Christian faith.

Yet in the wake of the horrific terrorist attack on a gay night club, Chick-fil-A proved that — despite the slanderous things that have been said about them in the last few years — they are simply a company committed to excellence and committed to loving their communities well.

The restaurant chain is traditionally closed on Sundays. But when news broke of a need for food for volunteers donating blood to victims of the terror attack, one franchise made an exception.  A witness explains: 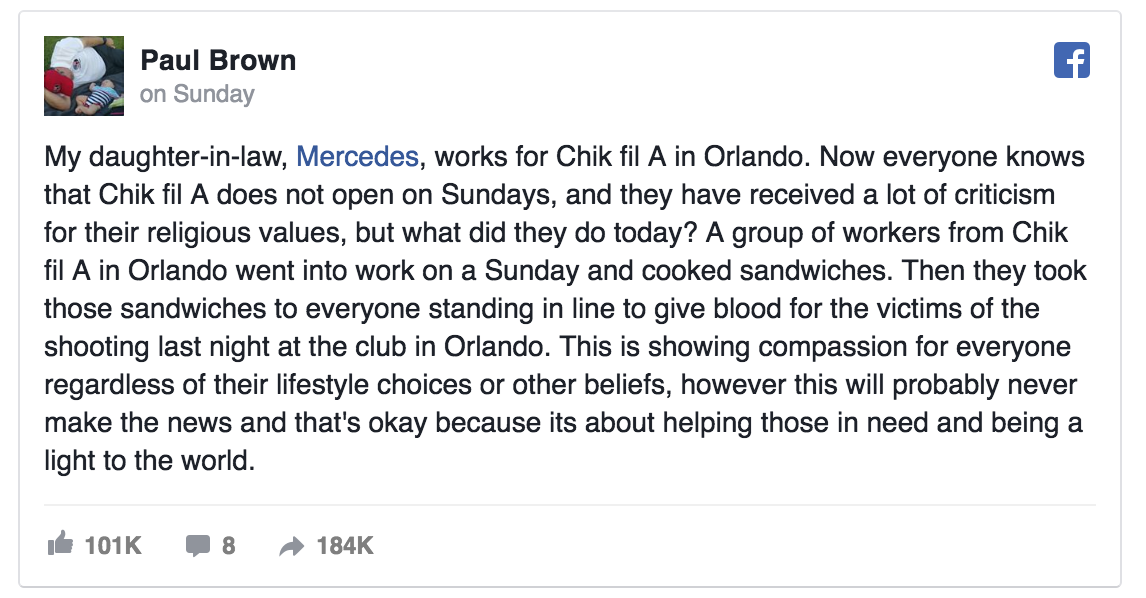 Many other Chick-fil-As around the country lowered their flags to half-staff to honor the victims.

And this is not the first time Chick-fil-A has opened its doors on Sunday in the wake of a tragedy.

Because, as those of us who know and love their brand have known all along, Chick-fil-A has never been some conservative boogey man deserving of a boycott. The only thing they’ve ever done is greeted you with a smile, served you some of the best fried chicken you’ll ever eat, and sacrificially served the community.

As Mr. Rogers famously said of times of unimaginable violence and tragedy, “Look for the helpers.”

Thanks for helping, Chick-fil-A.

June 12, 2016
Comparing 2 tweets: What Hillary and Donald said after the Orlando shootings
Next Post