Mason Wells is only 19 years old. And this Mormon missionary was at the Brussels airport when ISIS struck earlier this week, suffering a ruptured Achilles tendon, injuries from shrapnel, and second- and third-degree burns on his face and hands.

Given his proximity to the explosions, this is pretty miraculous that he’s still alive.

But this story gets even crazier.

Turns out, Mason Wells was also in Paris when ISIS struck there last November.

AND he was one block away from the Boston Marathon bombing in April 2013.

The Daily Mail has more:

‘This is the third time that sadly in our society that we have a connection to a bomb blast.

‘We live in a dangerous world and not everyone is kind and loving.’ …

‘It’s a miracle he’s alive. It’s a blessing from God he’s alive,’ Chad Wells said. ‘He’s just grateful to be alive, to have survived this, we’re grateful that he survived such a horrible thing, because being right there at ground zero, and right next to the attack – and to survive – is nothing short of a huge miracle.’

Reports from eyewitnesses say that Wells kept a good sense of humor even as he was on the ground bleeding immediately after the attack.

(I hope Mason’s next mission isn’t anywhere close to where I live!) 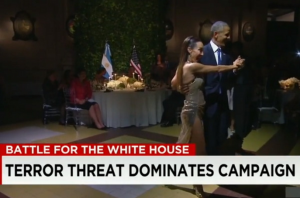 March 24, 2016
How should Presidents act in a crisis? Obama dances the tango
Next Post 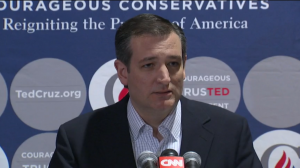 March 25, 2016 You won't believe Ted Cruz's response to the National Enquirer's adultery allegations
Recent Comments
0 | Leave a Comment
"and what makes this even better is that the two girls are sisters http://www.huffingtonpost.c..."
d Black activists cried "racism" over this ..."
"It's heart wrenching to hear about this. Our country is getting more vile and depraved ..."
BlackSun Syndicate Target proudly welcomes men to use ..."
"a wolf dressed as a sheep is still a wolf - if u have a ..."
Aussie In Austin Target proudly welcomes men to use ..."
"I am picturing a little turd in pajamas sipping coffee."
Cantbelieveyouthinkthis Los Angeles Craigslist ad somehow captures ..."
Browse Our Archives
get the latest from
Politics Red
Sign up for our newsletter
POPULAR AT PATHEOS Politics Red
1