.@DWStweets booed off the stage at her own FL delegation breakfast @NBCNews pic.twitter.com/GMe0g9t1JQ

The Democratic convention should be a lay up for liberals, but they already show signs of dropping the ball.  Democratic National Committee chairwoman Debbie Wasserman Schultz had a reality check this morning when she tried to talk to a room full of Florida delegates at breakfast.  Apparently, the delegates were upset over the embarrassing DNC email leak that showed the party’s corruption and bias.

Amid ugly scenes, an event organizer repeatedly tried to quiet the crowd, but the boos continued as Wasserman Schultz began speaking.

“Shame on you!” screamed some.

“You rigged the election!” was another repeated refrain.

Though she was trying to talk about a different topic, she eventually was shouted down until she announced her resignation. 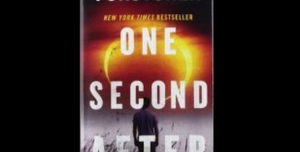 July 25, 2016
Why You Should Stop What You're Doing and Read "One Second After" by William R. Forstchen
Next Post 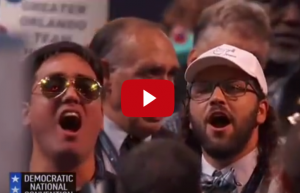 July 25, 2016 Democrats Boo During the DNC Opening Prayer; Convention Slides into Bernie v. Hillary Chaos
Browse Our Archives
get the latest from
Politics Red
Sign up for our newsletter
POPULAR AT PATHEOS Politics Red
1