Look at the remarkable difference between how GWB treated Cindy Sheehan and how Trump treated Mrs. Khan

Look at the remarkable difference between how GWB treated Cindy Sheehan and how Trump treated Mrs. Khan July 31, 2016 Nancy French

Millions saw the emotional speech of Mr. and Mrs. Khizr Khan at the Democratic Convention in Philadelphia, where they talked about their son who died serving his nation.  Here is the response of Donald Trump, Republican nominee for President:

Just imagine the gall it takes to tell a Gold Star father “Yeah, I’ve made a lot of sacrifices,” with a straight face.  Then, compare this statement by former President George W. Bush about Cindy Sheehan, a gold star mom who protested him during his administration:

It was brought to my attention when Bill Kristol retweeted this post by Adam Khan:

Compare Trump’s belittling of the Khans with how GWB addressed Gold Star mom Cindy Sheehan who protested him pic.twitter.com/6NTbYrhkGE

Is there any comparison?

But you Democrats can’t feel any better.  David French points out:

Sadly, the American people have given us two candidates who disrespect families of the fallen. Twitter featured a depressing argument over whether it was worse that Trump disrespected the Khans or that Hillary Clinton reportedly lied to to the faces of multiple Benghazi families. Politifact lays out the allegations against Hillary well — Patricia Smith (Sean Smith’s mother), Kate Quigley (Glen Doherty’s sister), and Charles Woods (Tyrone Woods’s father) each have said that Clinton told them in personal meetings that their loved ones died because of a protest or a video, shamelessly advancing false, politically-motivated administration talking points in the most intimate and tragic of settings. Woods even said that Clinton promised to have the filmmaker “arrested” and showed Fox News his diary entry recording that promise.  This is what happens when our so-called elite places victory over principle, and electoral majorities cheer them on. Nothing is sacred, everything is politics, and even “leaders” feel they can compound human suffering for the sake of seeking and holding power. These politicians — and their movements — stain our national soul. 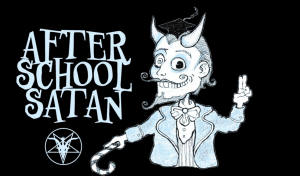 August 1, 2016 THANK YOU for VOTING! 6 unbelievable demands the #BlackLivesMatter crowd just made to the Presidential candidates
Browse Our Archives
get the latest from
Politics Red
Sign up for our newsletter
POPULAR AT PATHEOS Politics Red
1