8 medical reasons not to have an abortion that feminists don’t want you to hear January 23, 2017 Nancy French

Abortion is such a hot button issue that the so-called “Women’s March” would not allow pro-life women to participate. Feminists frequently accuse conservative Christians of being anti-science, but here are eight medical – not moral – reasons why you should choose another option like adoption.  (As an adoptive parent, I can tell you that there are so many parents waiting desperately for a child to love and raise.)

But here are the scientific reasons:

1. Abortion increases a woman’s risk of future miscarriages by 60%

A British scientific study examined six hundred and three women aged 18-55 and found that there was an increased risk of future miscarriages associated women who had previously had an abortion. 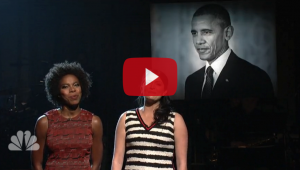 January 23, 2017
SNL's sappy love song calls Obama "my best friend who taught me right from wrong" (and they weren't joking!)
Next Post 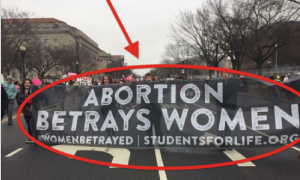 January 23, 2017 After the so-called "Women's March" banned pro-life women, conservatives unfurled this banner anyway
Browse Our Archives
get the latest from
Politics Red
Sign up for our newsletter
Related posts from The French Revolution