A Letter to My White Pastor Friends: What You Don’t Understand About Racial Injustice

[The Burner asked contributor Nate Millheim (who is white) to write something to translate the current unrest in the African-American community to the suburban, mostly-white community. As TB’s grandmother used to say, “You don’t know what you don’t know until you know you don’t know it.”–TB]

I often find myself searching for the words to explain to my young black friends that I know many white people who are wonderful and kind but who rarely set foot in the hood and have a limited understanding of how life works in a place such as East Oakland.

I have spent the last several years here, on street corners and recreation centers, in churches and after school programs.  I spend my days interacting with black people, hearing stories, listening, and learning.  In those years I have changed in many ways.

As a white man, I have a duty to speak out about race and injustice.

Through conversations with my black friends and many hours of studying and praying, I am slowly coming to the conclusion that, as a white man, I have a role and a duty to speak out about race and injustice to my white friends who don’t live in a black and brown neighborhood like I do.  I have a certain amount of influence and a certain amount of privilege to use well–just as you do.

What do you see when you see the man in the chokehold who can’t breathe?  A lifeless body lying in the street? Protesters and police in riot gear? People robbing and looting? We see it all from our perspective, and listen to talking heads on news channels taking the same sides they usually do.

The hard truth is that each of us sees reality from our own limited perspectives and our own biases.

When I see a picture of Mike Brown, Trayvon Martin or Oscar Grant, I see young men I love in East Oakland. This is what daily life is like for them:

I think of James who goes to college and runs our music-based after school program to mentor young men.  Last week he was pulled over—again—for having a taillight out.  James was pulled over with three youngsters from his apartment complex who look up to him.  Four police officers were somehow needed to pull up and detain them for two hours.  They accused him of stealing the car, which incidentally our ministry gave to him.  They accused him of having a fake drivers license.  They ran his information through the database again and again. They accused each person in the car of similar things.  One young man did not have picture identification, so the officers spent the better part of two hours trying to prove that he was giving a fake name.  Finally they let the young men go, without an apology, without much of anything.

I drive a lowered black car with tinted windows, and I listen to loud hip hop in that car, and I have had tail lights out for months, and I have never been pulled over.

This happens all the time to the young men I know.  They just take it for granted.  When I get angry, the guys tell me in depressingly defeated voices:

In my city, there happens to be some positive reform and some officers who are doing some wonderful work engaging the community and working towards community policing and a healthier way of engaging with people.  I am proud of some officers I know and the work they do, but this stuff still happens.

Meanwhile, email message boards are full of middle class families up the hill who are scared to death because they simply saw three young black men in a car, so they take pictures of the license plate and post it online while they call 911.

So when my white friends or relatives say that:

Mike Brown got what he deserved

Eric Garner should have submitted more easily to the officers

Race has nothing to do with this

–yes, I get angry, because I think back to sitting with James and dozens of other young men as they help me understand their reality.

I am in disbelief that they don’t understand the rage.

I used to think it was someone else’s responsibility to talk to my white friends who show a startling lack of compassion for black people while clutching to this idea of being colorblind.  I thought it was up to Black pastors or intellectuals or someone else.  I am beginning to see that it is my job…and yours.

Tomorrow, I will post 10 things that you as a white pastor or church leader can do to help our black and brown neighbors.

* Once I calm down, I point out that most of the damage in Oakland was done by young white people from out of town.  Most young men I know would never dare go join the protests.  They want nothing to do with being around police in that kind of tense situation.  They are busy trying to find jobs and scrape some money together to get a cell phone turned back on or a bus pass so they can get to school for another month.  They are not breaking anything, even though I could absolutely understand if they did. 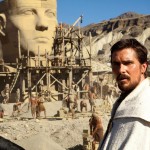 Get Ready for a "Hell of...
Cranach
Related posts from The Fuller Blog