Tony Campolo and “Coming Out” in Favor of Traditional Marriage

Tony Campolo and “Coming Out” in Favor of Traditional Marriage June 10, 2015 Guest Contributor

This week Tony Campolo became the latest in a string of Christian leaders and churches identified as evangelical to call for, in Campolo’s words, “the full acceptance of Christian gay couples into the Church.” Campolo’s announcement was hailed by some and vilified by others as his “coming out” in favor of same-sex marriage for Christians.

In several respects, Campolo’s statement captures the incoherence exhibited among many “evangelical” gestures toward acceptance of same-sex sexual relationships. The statement evokes very real questions that need careful answers. Does Campolo’s reference to “gay couples” mean only gay couples who are married? Or should his call to “lovingly welcome all of our gay and lesbian brothers and sisters into the Church” be taken as acceptance of unmarried, non-celibate gay and lesbian couples, and would that acceptance then be extended to single, non-celibate heterosexuals? Does Campolo’s dismissal of procreation as “the point of marriage” in favor of an appeal to marriage as a union that encourages “spiritual growth” sufficiently distinguish his newly formed vision of “marriage” from other partnerships—both sexual and non-sexual, both binary and non-binary—that might be seen as promoting “spiritual growth”? Campolo acknowledges that that his experience of knowing “gay Christian couples” whose relationships are mutually edifying in the same ways as his and his wife’s marriage is a reason that he is abandoning his traditional belief regarding marriage. Does this appeal to personal experience suggest a mode of ethical reflection that, while esteemed in several streams of the Christian tradition, including particularly the Protestant liberal tradition, runs counter to the classic evangelical conviction that the church’s canonical scriptures represent the “norming norm” (norma normans) for the faith and practices of the saints? Those who would simply deny the Bible’s ultimate authority in matters of faith and practice have a much easier case to make in favor of the holiness of same-sex partnerships than those who, like Campolo, want to make a “biblical case” for same-sex marriage. And does Campolo really mean to imply that all who support the traditional view of Christian marriage are to be equated with supporters of slavery and silencers of women’s voices in the church?

To be fair, Campolo did not attempt to sketch a detailed theological defense of his new belief. It may be a sign of the times that a respected evangelical leader like Campolo assumes it sufficient simply to issue a pronouncement like this one, apart from any reasoned and/or scripturally informed discussion to support it, nor with any indication of the ecclesiastical context in which Campolo’s new understanding will be received and embodied. But such authoritative proclamations are common in the world of the celebrity Christian in the twenty-first century. I suppose a 900-word statement is better than a tweet, after all.

Campolo’s public declaration of a changed mind on the issue of same-sex sexual practice is a big deal in the world of evangelical Christianity. Tony Campolo is certainly not the first, nor will he be the last, evangelical Christian leader to push for the abandonment of long-held views regarding marriage and human sexuality. (After this piece was first drafted, it was revealed that David Neff, former editor of Christianity Today, stated his desire for the church to support “lasting, covenanted partnerships” among gay and lesbian Christians.) Given the data that suggests rapidly changing attitudes on the issue of same-sex marriage among younger evangelicals, the 80-year-old Campolo is surely a generational anomaly. But as someone who was raised to revere Campolo for his firebrand preaching of radical discipleship and social justice, his shift strikes me as significant for the evangelical movement with which he has regularly been identified. In the months and years to come, it will become increasingly difficult for self-proclaimed evangelical churches and institutions to maintain that those who affirm the sanctity of same-sex sexual relationships are no longer in the “evangelical” fold, not only because “evangelicalism” itself is a notoriously difficult phenomenon to define but also because many of its esteemed leaders and institutions will eventually follow Campolo in this change. In fact, it is not at all clear what the term “evangelical” will mean in this context, or whether it will remain a useful identity marker moving forward. The coming conflict over the very definition of evangelicalism in light of shifting attitudes regarding same-sex practice and same-sex marriage has been on the horizon for some time now. But a story like Tony Campolo’s change of mind places that impending struggle on the front burner.

It will also become increasingly difficult for teachers and scholars at institutions like Fuller not to be pulled into what is fast becoming the defining theological and ecclesiastical issue in North America in the first quarter of the twenty-first century. Speaking personally, I was a member of the Episcopal Church when Gene Robinson, an openly gay and partnered man, was elected bishop of the Diocese of New Hampshire in 2003. The hermeneutical, theological, and pastoral issues regarding same-sex sexual relations and the church’s inclusion of LGBT persons are not new to me. In fact, I am often struck by the extent to which recent “evangelical” arguments in favor of affirming same-sex sexual relations simply recycle and repackage old ideas that have been popular among mainline churches for decades (e.g., Matthew Vines’s God and the Gay Christian). I have not shied away from sharing my own (traditional) convictions regarding human sexuality and the church’s mission to love and care for all people with my students at Fuller, whether in conversations in the classroom, in my office, or at gatherings with members of “One Table,” a student-group at Fuller that aims to provide “safe space for all who desire to be a part of the conversation surrounding faith, sexual orientation, and gender identity.”

Yet I have never devoted any serious scholarly energies to publishing or speaking about questions of human sexuality. This lack of engagement is partly because I have been focused on other projects that are of far greater interest to me, partly (if I’m being honest) because I often find debates about human sexuality unproductive and tiresome, and partly (if I’m being really honest) because I have never been inclined to serve as a combatant in an American culture war that divides “left” from “right,” often with ungenerous aspersions cast upon those on the other side. As someone who has lived in East Africa for about 6 months a year since 2009, I am regularly frustrated with how parochial debates about human sexuality in North America can be, both in terms of the ignorance of the theological traditions of the one holy, catholic church through history and in terms of the inability to listen to and learn from Christians in the Majority World. Moreover, I have wanted to avoid being marked as a “religious bigot” who reads the Bible as a narrow-minded fundamentalist or to have my hermeneutical convictions equated with those of racist slave owners simply because I believe that Christian marriage is the covenant union between one man and one woman. So I have not entered into public discussion of the matter.

I think the time has come, however, that scholars like me—thus far largely content to stay out of the public fray in debates about human sexuality and same-sex marriage—must do more to articulate and, perhaps more importantly, to live for our students, our churches, and the world an intellectually coherent and theologically compelling vision of human sexuality (including, for some, Christian marriage) and embodied existence, one that stands increasingly at odds with American culture and American civic religion.

What does it mean for an individual, a church, or a school to claim an “evangelical” identity in the midst of contentious differences regarding the acceptability of same-sex sexual relationships? Is it intellectually and theologically coherent for “evangelicals” to affirm Scripture as the only infallible rule of faith and practice while also affirming that same-sex sexual relationships are to be accepted or even celebrated instead of treated as sinful? How do American Christians who would hope for their beliefs and practices to be decisively shaped by the witness of Scripture account for and respond to their rapidly changing socio-political context with grace and truth while refusing to capitulate to competing ideologies? How might conversations about human sexuality in the West benefit from deep engagement with the global church? And what does the mission of a school like Fuller Theological Seminary need to look like when post-Christendom in North America no longer simply means loss of status for and interest in the church but indicates increased levels of opposition and hostility for those who would maintain traditional Christian convictions, including the conviction that marriage is the covenant union of one man and one woman?

In this short post, it is not possible offer a full list of the hermeneutical, theological, and pastoral challenges raised by current debates over human sexuality, let alone to provide any adequate answers. But I hope my colleagues at Fuller, and perhaps friends and leaders at other like-minded institutions, will join me in more actively shaping the “evangelical” conversation. With that hope in mind, I intend this post to be my “coming out” in favor of traditional Christian marriage. 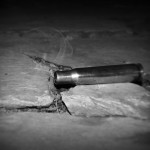 June 8, 2015
Responding to Gun Violence as Followers of Christ, Part 3
Next Post 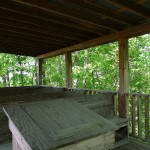