Fuller, the Bible, and Women

This is an article that originally appeared in FULLER Magazine, the primary publication of Fuller Theological Seminary. From the issue focused on women in ministry, this dual interview of New Testament professors Marianne Meye Thompson and Joel B. Green discusses the seminary’s own commitments and the biblical rationale behind those beliefs.

One of Fuller’s defining characteristics is its commitment to women in ministry. What are the contours of that commitment?

Marianne Meye Thompson: The words that come immediately to mind are partnership, mutuality, interdependence, and the like. Fuller’s statement of purpose describes the seminary as “dedicated to the equipping of men and women for the manifold ministries of Christ and his church.” We construe “ministries” to encompass all that our three schools—Theology, Psychology, and Intercultural Studies—equip our students to do: teach, pastor, counsel, write, lead worship, engage in artistic endeavors, and many other vocations, too. We believe that the ministries of Christ happen inside and outside the walls of the church—in banks and schools and theaters and hospitals as well as in congregations. And we believe that men and women are equally called to and gifted for all these ministries: gender is no barrier when the Lord calls and equips someone for service, whatever it might be.

We acknowledge and celebrate the differences that may arise from our varied experiences in the world as men and women, believing that our mutual service enriches the body of Christ. Perhaps our commitment to mutuality can be summarized in the words of Paul: “in the Lord woman is not independent of man, nor man of woman” (1 Cor 11:11). If others emphasize hierarchy and distinctions in gender roles, we emphasize the ways in which men and women are “joint heirs” of the grace and the call of God.

Joel B. Green: I think of Fuller not only as the world’s preeminent evangelical seminary, but as a seminary that insists that the evangel, the gospel, embraces women and men as full partners in the good news of Jesus Christ and as equal recipients of God’s grace for salvation, ministry, and mission.

This means for us that the gospel is realized among God’s people such that we might take for granted that (of course!) both women and men have received gifts and graces for all sorts of ministries, for all kinds of ministry positions, for the full range of ministry roles in the church and world.

Teaching at Fuller Seminary means that I needn’t regard these as contested claims, but can simply affirm them as central to the good news of Jesus Christ.

Which passages in Scripture are fundamental as support for Fuller’s (and your) position?

JBG: Two or three come to mind. The first is the creation account in Genesis 1. When God creates humanity, he creates them male and female, and it’s precisely as male and female that they’re created in God’s image. From the outset, from the very beginning, as Scripture begins to lay out the nature of humanity, we have this clear affirmation of partnership, of full equality between male and female. I think there’s an important sense in which that’s picked up again in Acts 2, when, in his Pentecost address, Peter draws on the language of Joel 2:28–32. Here we find Peter speaking of the coming of the Spirit on all people, with the result that “your sons and daughters will prophesy.” “And they will prophesy,” Peter says. The same theme is in Galatians 3:28, where the divisions that separate people in the real world, slave or free, Jew or Greek, male or female—are simply flattened or leveled in Christ, as a consequence of God’s new creation. It’s not hard to imagine that, here, we find ourselves back at the beginning, considering God’s purpose in creating male and female, together, in God’s image.

MMT: I agree with Joel on the significance of the account in Genesis for thinking about gender relations and the roles of women in leadership among the people of God. I sometimes use the image of “trajectories” that run through Scripture on various matters, such as clean and unclean food or keeping Sabbath; we are guided by these trajectories to think with Scripture. I find a trajectory that begins in Genesis, with the creation of humankind in the image of God: “male and female, he created them” (Gen 1:27). That verse is of course cited by Jesus when he explains the significance of marriage (Matt 19:4) as the union (“one flesh”) of male and female. As Joel hints, the account of creation of humankind as “male and female” is also alluded to by Paul when he celebrates the reality that in Christ there “is no longer Jew or Greek, there is no longer slave or free, there is no longer male and female; for all of you are one in Christ Jesus” (Gal 3:28). Even as Christ’s life, death, and resurrection breaks down enmity between those of various ethnicities and different status, so it (re)unites men and women together. In Christ, God’s purposes for humankind as male and female are brought to their fruition.

That’s the great arc or trajectory that runs from Genesis to Jesus to Galatians—an arc that bends toward mutuality and unity. That is what I think needs to be modeled in the “manifold ministries of Christ and his church.” If in Christ, the church is the “new humanity” (Eph 2:15), it needs to model and embody the reconciliation and peace that Christ brings about. One of the ways in which we show this is in the mutuality of service shared by men and women.

We see this in the New Testament narratives, when Priscilla and Aquila instruct Apollos in the ways of the Lord (Acts 18:26); Paul later sends greetings to “Priscilla and Aquila, my coworkers in the ministry of Christ Jesus” (Rom 16:3). Paul doesn’t seem to distinguish between what Priscilla and her husband, Aquila, did or were allowed to do. Paul also commends many women for their work (see Rom 16:1, 6–7, 15). So far as we can tell, he simply regards them as his partners in the “manifold ministries of Christ and his church” with no distinction between men and women at that point.

Read the full interview on fullermag.com.

Marianne Meye Thompson is the George Eldon Ladd Professor of New Testament at Fuller Theological Seminary. A well-respected biblical scholar, Thompson has taught at Fuller since 1985. Among her many books on the New Testament, she has published commentaries on 1-3 John, Colossians and Philemon, and the Gospel of John.

Joel B. Green is the dean of the School of Theology, associate dean of the Center for Advanced Theological Studies, and professor of New Testament interpretation at Fuller Theological Seminary. Green is the current editor of the New International Commentary on the New Testament and a former president of the Society of Biblical Literature. His many books include studies at the intersection of psychology and theology, including his most recent book Conversion in Luke-Acts. 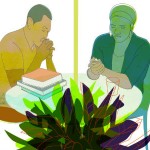 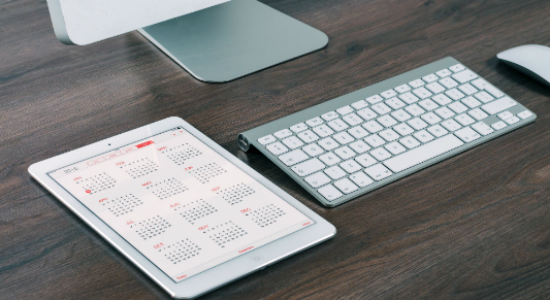 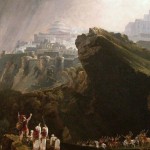 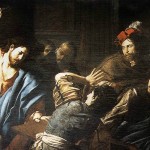 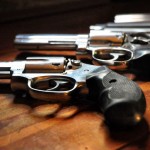 Evangelical
‘The Earth Is Filled with Violence Because of...
The Fuller Blog
TRENDING AT PATHEOS Evangelical