America Had a Christian Founding After All At one time people used to say that the United States of America was founded as a Christian nation.  Then that view was pretty well shot down.  The conventional wisdom now is that the USA was founded on Enlightenment principles, drawing on the thought of John Locke and related political theorists.  But now a historian has studied the actual evidence, concluding that Christianity had a profound influence on the founding of the nation, far more than Enlightenment thinkers.

Mark David Hall, with academic affliations at George Fox, Baylor, and Emory, is the author of Did America Have a Christian Founding:  Separating Modern Myth from Historical Truth.

Certainly, Puritans, Separatists, Commonwealth revolutionaries (such as Milton), and other Christian thinkers had been discussing issues of liberty, republicanism, rights, and other principles of social organization far before the Enlightenment theorists weighed in.  For example, consider John Locke.  From a review of Hall’s book in Law & Liberty by  James Bruce, who usefully summarizes Hall’s findings:

In a sentence, the reports of Locke’s influence have been greatly exaggerated. Donald S. Lutz’s survey of 15,000 works from 1760 to 1805 says only 2.9% of citations reference Locke, in contrast to 34% of all citations referencing the Bible. (And Hall notes that, if anything, “Lutz undercounts references to the Bible because he excludes from his sample political sermons that do not contain references to secular authors. If he had included these sermons, references to the Bible would have absolutely dwarfed any other grouping of texts.”) This difference in frequency should not surprise us: Locke’s Second Treatise was first published in the United States in 1773 and was only republished in 1937—hardly what one would expect for the seminal political work by a leading figure of the British Enlightenment who was supposed to have substantial influence on the American founding. “If Locke’s works were late to arrive on America’s shores,” Hall writes, “the Bible was virtually omnipresent from the first days of the Puritan settlement.”

What about the Deists?  There were some, of course, such as Thomas Jefferson and Thomas Paine, but most of them were still involved in churches and considered themselves Christians, Deism being the liberal theology of the day.  Paine was indeed opposed to Christianity, but after his anti-religious Age of Reason came out, he became a pariah.  Hall cites a “who’s who” of Founders who criticized Paine’s book, and the reaction against it is said to have helped spur the Second Great Awakening.  As for Jefferson, who edited a New Testament to cut out references to miracles, he nevertheless supported Christian worship services in the Capitol building and using federal funds for Christian missionary work to the Indians.  Adds Bruce,

Years earlier, in 1776, Jefferson proposed a national seal with an image of the Hebrews safely crossing the Red Sea under God’s protection—signified by a pillar of fire—and a depiction of Pharaoh embracing destruction as the waters turned back upon him. Jefferson’s proposed motto for the new nation was not “We are all Lockeans now” but “Rebellion to tyrants is obedience to God.” Hall notes that “Franklin’s proposal was virtually identical to Jefferson’s.” Both Jefferson and Franklin would have given us a national seal that invoked the God of Abraham, Isaac, and Jacob.

What about the Separation of Church and State?  Thank the Baptists for that.  They were the ones who petitioned Jefferson to promote that idea.  Indeed, many of the colonists, such as the separatist Mayflower Pilgrims, had fled persecution and harassment by the state-established Church of England.  So of course they opposed any kind of state church and were champions of religious liberty.

To be sure, once the nation was committed to religious liberty, that applied to all religions and no religions.  To the extent that Christianity was turned into a civic religion, the Christian part–salvation by Christ–would all but fade away.  And only individual human beings, not nations, can be Christians.

So the issue of the relationship between Christianity and America is complicated, and Hall recognizes this.  Though nearly everyone in the early republic identified as Christian, their sincerity and orthodoxy might sometimes be in question.

There were certainly other influences on the new republic, especially classical reflections on the Greek democracy and the Roman republic.  But contemporary thinkers too.  Hall concludes, “to the extent to which America’s founders utilized these thinkers, they borrowed ideas or arguments that were compatible with orthodox Christianity, and, in fact, were often developed before the Enlightenment by indisputably Christian thinkers.” 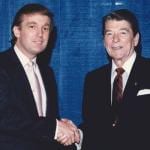 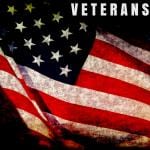 November 11, 2019 Service: Medal of Honor Citations for Veterans Day
Recent Comments
0 | Leave a Comment
"reg,I would first tie foreign policy to immigration. If our policies caused an increase in ..."
Curt Day MAGA vs. Trump
"The Devil hates babies. There's always going to be some segment of society that is ..."
SAL All or Nothing? Or Some?
"Reg -- I like a lot of what you've laid out. I'm generally not in ..."
Joe MAGA vs. Trump
"I don't know how Mussolini was able to pull it off, but I'm certain that ..."
DakotaLutheran MAGA vs. Trump
Browse Our Archives
Related posts from Cranach 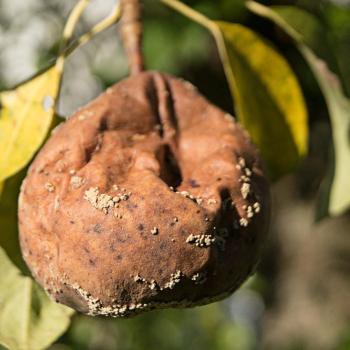