Those poor atheists. They have to keep their heads down in repressive American society. They have to watch their words, hide their feelings, guard their secret. Very much like gays, that other major repressed American group.

This is the setup in a feature story in The Telegraph about the state of unbelief in the U.S. The story even starts with a heavy-handed scene-setter of a furtive club meeting:

Going around the circle, each member shares their story and says whether or not they are “out” of the closet.

But while they use the lexicon of the gay and lesbian movement they are not speaking of their sexuality: they are not gay or lesbian, but atheist and agnostic.

It should be noted that the article is based on interviews with secularist students at Virginia Tech, in a conservative area of the state — a “fiercely Bible-minded corner,” in the reporter’s colorful phrase — that’s also home to Jerry Falwell’s Liberty University. So the writer, Peter Foster, has easy access to those at both poles. And like most who approach the topic, he doesn’t bother with shades of gray.

We get anecdotes of youths who feel they can’t reveal their beliefs for fear of ostracism, by friends, families and possible employers. The reporter even uses the device of “Caroline — not her real name…”

“I’m more concerned about getting a job than losing one,” she said. “I know they Google you and while I can’t hide my atheism, I don’t really want to advertise it.

“If the person hiring is a person of faith — which is more likely than not around here — that could easily be the difference between a job and no job. And I have student loans. I need a job.”

She is not alone in her fears. Another student who is applying for graduate school told how his father recommended he delete any references to atheism from his Facebook page in case it spoiled his chances. He rejected the advice on principle, but remains unsure what the consequences will be.

You can probably already see the weak spot in this story: actual instances of discrimination. Yes, the unbelievers fear rejection by parents and employers. Yes, they worry they might be kicked out of clubs and other organizations. How often does it happen? About all we get is a graduate student who says, “I’ve lost a lot of friends.”

Without concrete examples, this is all worse than anecdotal: It’s pure speculation. But Foster does attempt some contexting, though clumsily.

“As a sign of how strong religion remains, polls show that a third of Americans still believe in the most literal form of ‘young earth’ Creationism,” he says, blithely forgetting the millions of Jews, Catholics and mainline Protestants who accept evolution.

He also quotes Dan Linford, the president of the Virginia Tech freethinkers. Linford says many youths shun “institutional” religion because they identify it with the religious right. Kinda like Foster himself.

He finally gets around to some opposition time via Johnnie Moore, an officer at Liberty University, who says says Liberty has a record 13,000 students. Moore argues that atheists aren’t more numerous, just louder.

The reporter tries to blunt this by tapping that Pew Forum study that showed a third of young Americans claim no religious affiliation. Then he tries another spurious connection with gay advocacy:

While America still remains outwardly far more religious than Europe, the sudden rise of the “nones,” as they were dubbed by the Pew Forum on Religion and Public Life, has raised the question of whether the US is on the cusp of a dramatic sea-change in attitude towards religion in public life.

The recent shift in the gay marriage debate is evidence, say secularists, of how fast entrenched public attitudes can change: a decade ago just 30 per cent of Americans supported gay marriage, today the figure is consistently over 55 per cent. A decade from now, will attitudes to religion have followed suit?

We will now pause for a mass eye roll.

The story gets even shakier in conceding that the Pew study also found most “nones” are not atheist:

While two-thirds of the religiously unaffiliated say they are “religious or spiritual in some way,” some 88 per cent of that group say they are not looking for an organised religion.

The lack of clarity about what the “nones” really believe allows both groups — religious and the secularists — to claim them for their own, when in reality many simply sit in between. Undefined, and happily so.

Give a point to Foster’s honesty for adding this fact. But up till now, he has apparently been trying to equate belief with organized religion in order to show that atheism, or at least secularism, is growing. With this fact, his story has fought itself to a standstill.

His sources add an argument from silence, saying that “the social shackles that prevent them going public with their atheism could mean that atheism and agnosticism is actually far more prevalent than the polls suggest.”

Sure. It could also mean that Christians in more liberal regions, like New England or the Pacific Northwest, are more numerous because they’re silenced by their social shackles. But that possibility was clearly outside the interest of this article.

Where is all this going? Even Dan Linford, the freethinker leader at Virginia Tech couldn’t say definitely, except that atheists and agnostics will “increasingly enter politics” and maybe even lead to election of an atheist president.

There’s one prediction Linford wouldn’t make: “whether attitudes to secularism will follow the same trajectory as those towards gay marriage.” You know, the original idea of this story.

February 14, 2014
Got news? The one and only Caesar of Jewish humor
Next Post

February 15, 2014 Camels and tigers and bears, oh my!
Recent Comments
42 Comments | Leave a Comment
Browse Our Archives
get the latest from
Best of Patheos
Sign up for our newsletter
POPULAR AT PATHEOS Public Square
1

Why are U.S. voters so wary...
Religion Q & A
Related posts from GetReligion 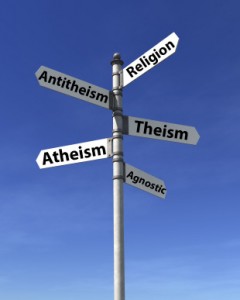 Public Square
How should we define -- and assess --...
GetReligion 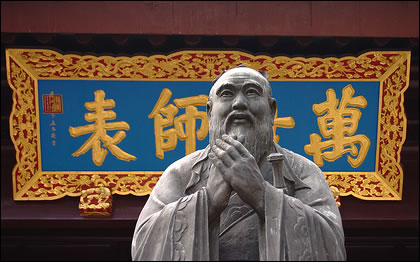 The Voice of Scientific Authority Is Aghast…and Clueless
It took four days after the 2020 U.S. presidential election for the...
view all Public Square blogs
What Are Your Thoughts?leave a comment

42 responses to “A plea for gay, er, atheist rights”