Give the Austin American-Statesman credit for a couple of things.

First, the Texas newspaper has the start of a potentially fantastic, enlightening trend piece:

AUSTIN — A nurse spread gel on Nicole Benham’s pregnant belly and slowly moved a sonogram wand over it, describing the images on nearby monitors. This scene, in which parents get an early glimpse of baby, is played out many times a day in medical offices across America, but this plot has a twist.

Benham is carrying twins, but they are not her babies. They belong to Sheila and Kevin McWilliams, a New Jersey couple who lost their firstborn and can’t have another child together. They provided the eggs and sperm, and they will bear all costs, which average $75,000 to $100,000 and include fees to the surrogate, the matchmaking surrogacy company and lawyers for both parties, experts said.

Despite such costs, U.S. surrogate births have jumped 250 percent in eight years, and experts expect them to continue rising because of advances in reproductive technology, increasing numbers of same-sex marriages and growing acceptance of surrogacy.

In the vast majority of surrogate births today, the intended parents provide the egg and sperm, minimizing the risk of custody battles. Data suggest that there are fewer multiple births, and, perhaps surprisingly, more surrogates bearing babies for others more than once.

Even so, surrogacy remains controversial. State laws vary widely, with such liberal locales as New York and the District of Columbia banning it outright. The Catholic Church also forbids it, along with in vitro fertilization, the process in which the egg and sperm are combined in a lab before being transferred to the carrier.

“It removes procreation from that intimate act of love and puts it in the realm of science and medicine,” said Marie Cehovin, director of the Office of Pro-life Activities and Chaste Living for the Catholic Diocese of Austin. “The whole idea of creating life in a petri dish is horrendous to us.”

The church also opposes the destruction of embryos and terminating the fetus, which could happen, for example, if a different gender is preferred, she said.

But overall, this story fails to deliver.

Granted, it would be impossible for a newspaper story — particularly in the 1,100 words afforded to this one — to cover every religious and ethical issue associated with surrogate pregnancies. On a basic, Journalism 101 level, however, this piece leaves too many unanswered questions. That’s even before the rather large holy ghosts that — even if those general points were addressed — would cause concern here at GetReligion.

The basic stuff first: Way up high, readers are told:

Conservative Texas is more surrogate-friendly than many other states, especially when the intended parents are a married man and woman. Though the state’s law doesn’t outright forbid surrogacy for gay couples, it allows only one partner’s name on the birth certificate. The unnamed partner can face a long adoption process, but that hasn’t stopped some gay men from seeking surrogates here, surrogacy company representatives said.

But the story never provides any specifics on Texas’ law or how it’s more “surrogate-friendly” than those in other states. Moreover, the paper doesn’t quote any state leaders on the law or the rationale behind it.

Next, the ghosts: While the American-Statesman mentions the Catholic Church’s concerns, it doesn’t delve into the religious beliefs of the main parties featured in the story:

For the McWilliamses, Texas was an easy choice over New Jersey, where the surrogacy climate is more fraught. They flew to Austin in May so they could be at Dr. Byron Darby’s office for Benham’s sonogram. They wanted to see how the twins are developing and learn their genders.

“It’s a second and a third chance,” Sheila McWilliams, 41, told the Austin American-Statesman with a nod to the twins. “I’m so blessed.”

Similarly, a ghost seems to haunt this quote:

Diane Hinson, a Maryland lawyer who founded and owns Creative Family Connections, said emphatically, “Our surrogates are doing this to change someone’s life. They are amazing, wonderful women, and something’s motivated them to give back. To them, their children are their most important thing in the world. They love being pregnant, but they’re done with diapers.”

Could that something be religion?

July 8, 2014
The Boston Globe veers into the doctrines of 'Kellerism'
Next Post 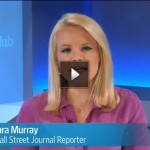 July 9, 2014 Pope's abuse apology: Media did a fair job, surprisingly
Browse Our Archives
get the latest from
Best of Patheos
Sign up for our newsletter
POPULAR AT PATHEOS Public Square
1

What do U.S. churches believe on...
Religion Q & A
Related posts from GetReligion