The Boston Globe veers into the doctrines of ‘Kellerism’

Just the other day, I heard a long-time GetReligion reader use a very interesting new journalism term — “Kellerism.”

Wait for it, faithful readers. Let’s walk through this with newcomers to the site. What, pray tell, are the key beliefs in the journalistic philosophy that is “Kellerism”?

Yes, this is another reference to the pronouncements of former New York Times editor Bill Keller, with an emphasis on this 2011 remarks (video) at the Lyndon Baines Johnson Presidential Library in Austin. Here, once again, is a chunk of an “On Religion” column I wrote about that event, when the newly retired Keller was asked if — that old question — the Times is a “liberal newspaper.”

“We’re liberal in the sense that … liberal arts schools are liberal,” Keller noted. … “We’re an urban newspaper. … We write about evolution as a fact. We don’t give equal time to Creationism.” …

Keller continued: “We are liberal in the sense that we are open-minded, sort of tolerant, urban. Our wedding page includes — and did even before New York had a gay marriage law — included gay unions. So we’re liberal in that sense of the word, I guess. Socially liberal.”

Asked directly if the Times slants its coverage to favor “Democrats and liberals,” he added: “Aside from the liberal values, sort of social values thing that I talked about, no, I don’t think that it does.”

So here is first core “Kellerism” doctrine: There is no need for balance and fairness and related old-fashioned journalism values when one is dealing with news linked to morality, culture, religion, yada, yada. Newspapers should resist the urge to slip into advocacy journalism when covering politics, but not when covering — uh — moral, cultural and religious issues such as sex, salvation, abortion, euthanasia, gay rights, cloning and a few other sensitive matters. You know, non-political issues. Things like Roe v. Wade and Romer v. Evans.

The second “Kellerism” doctrine is related to that and can be glimpsed near the end of Keller’s response (.pdf here) to the famous “Preserving Our Readers’ Trust” self-study of the Times, during troubled ethical times in 2005. The key is that Keller insisted that he was committed to diversity in the newsroom on matters of gender, race, etc. However, he was silent or gently critical when addressing the study’s calls for improved cultural and intellectual diversity. The Times was diverse enough, it appears, on those counts.

Yes, criticism of the newspaper’s coverage of traditional religious believers was raised as a concern by the committee that wrote the report.

So why bring up this new term in a post topped with a photo of The Boston Globe building?

Take a look, please, at the story that ran the other day in the Globe under the headline, “Gordon College leader joins request for exemption to hiring rule: Bias on sexual orientation at issue.” Here’s the top of the report:

The president of a small Christian college north of Boston was among 14 religious leaders who sent a letter to the White House this week requesting a religious exemption to a planned order barring federal contractors from discriminating in hiring on the basis of sexual orientation.

“Without a robust religious exemption . . . this expansion of hiring rights will come at an unreasonable cost to the common good, national unity and religious freedom,” reads the letter, signed by Gordon College president D. Michael Lindsay as well as the chief executive of Catholic Charities USA, the executive editor of Christianity Today, prominent evangelical pastor Rick Warren, and other Christian leaders.

The letter was sent Tuesday, a day after the US Supreme Court issued a ruling providing a religious exemption in another area, deciding that family-owned businesses are not required to provide birth control to employees if it conflicts with their religious beliefs. Organizers said the letter was in the works before the Supreme Court ruling. The letter drew sharp criticism from Gordon alumni and students.

A major hook in the story is that some alumni have formed an LGBTQ group called “OneGordon.” Hear me: It is totally logical and proper that this group plays a major role in the report. The story also quotes a PR official for the college.

Then toward the end of the story there is this long passage. Read it carefully:

Gordon students and alumni, too, are planning a response to Tuesday’s letter.

“We believe that the same protections should be extended to LGBT persons, regardless of the organizations they’re a member of,” said Conor Krupke, 21, who graduated from Gordon in May. While at Gordon, Krupke cofounded and coedited a blog called “Student Inqueery” about sexual identity and Christianity.

Gordon’s president, he said, does not speak for the whole community. Krupke said he is seeking signatures for the response letter from students, alumni, faculty, and staff, and plans to send it to the White House.

“When things like this take place, you begin to realize how truly in the dark you are; it is difficult to tell how much progress, if any, has been made for LGBTQ+ students and faculty at Gordon over the years,” Juwan Campbell, a Gordon student and writer for Student Inqueery, said in an e-mail.

Some current and former students said that being gay at Gordon meant hiding who they were from the administration. Miller, the OneGordon cofounder who is not involved in the Student Inqueery letter, said he struggled with depression while working at Gordon and ultimately left Christianity.

“I wonder, if Gordon had been affirming of LGBT people, if I’d still be a person of faith,” said Miller. “And the reason I’m not is the place that provided the most compassionate and intellectually robust and civic-minded Christianity that I’d ever encountered told me that I couldn’t be part of their community.”

So who is missing from this alleged news report, as opposed to an advocacy piece, in the Globe? Apparently, it was only possible to reach Gordon students, alumni, faculty and staff through these new pro-gay networks. It appears that, literally, there are no members of the Gordon community — past or present — who actually accept the doctrines that define the work of the college, which is a voluntary association (the same as liberal private educational institutions).

Are there students who affirmed that covenant with their fingers crossed? Of course. Are there faculty and staff who do the same? For sure, to one degree or another.

But the Globe could find ZERO Gordon voices — other than the PR person — willing to affirm and defend centuries of basic Christian doctrines on marriage and sexuality? None? Zip? Nada? The Gordon community is united in opposition to Gordon College?

Or is this simply a matter of the Globe team concluding that there is no need to discuss the other side of this issue with people from Gordon, since there is only one side of this story worthy of coverage? 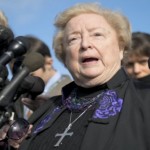 July 8, 2014
Back in Boston with abortion protesters and fair reporting!
Next Post