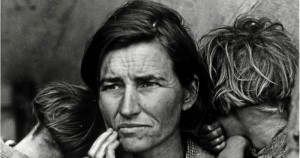 There is one thing in life you should fear: the One who has power to cast you into Hell: God (Luke 12:5.)  That’s it.  Now this doesn’t mean that there won’t be moments of being scared by things that go bump in the night or that there aren’t certain parts of town we’d best not visit at night.  But in terms of our deepest fears, the things we are most afraid will take place, the very thought of which agitates us to the point of paralysis, there’s only one thing we should really be afraid of: and that’s displeasing God.

It’s not just that we should be motivated by a fear of God’s judgment but also that we should be afraid to not please Him.  Not because of the threat of punishment on the other side but because we love Him and it hurts us to disobey and displease Him.  We should also be afraid because there is one safe house in the world, and only one.  There is only one place where you are safe not just from the outside world but also from yourself: and that is in the presence of God.  To walk out of the presence of God and out of His will is to walk into certain danger.  If we walk this way long enough, the danger will be of eternal banishment from His presence, in Hell.

Likewise, there is one thing we should worry about, and that one thing is God and His Kingdom.  If you seek God and His kingdom, His promise is that He will take care of the rest.  This is an absolute promise, although sometimes we garble the meaning of exactly what it is that God is promising.  God is not promising that if only we would trust Him then we would have no more pain and suffering in our lives: you will look in vain for that promise from God in the Bible.  The only way you will find it is by misreading a verse out of context.

The truth is that suffering is not only the effect that flows from a life lived apart from God and one of the effects of the Fall but is also one of the means by which God is redeeming that which is fallen.  It’s not just the Son of God who suffers for the sins of the world, but being united to Jesus and being crucified with Him (and crucifying ourselves daily), Christians will also suffer in various ways.

That’s the bad news.  But the Good News in God’s kingdom always trumps the bad news.  The Good News is that God promises to use every bit of our lives to glorify Him and bless us, if we would only seek Him.  It’s not that suffering in this life vanishes but that suffering becomes redemptive.  It still hurts, but we learn that this pain is something God is using to heal us.  Sometimes our suffering is a sign that the Great Physician is performing surgery on us, the most difficult surgery known to man: the sin-ectomy.

A sin-ectomy is radical surgery that involves taking out our old heart of stone and replacing it with a fleshy one.  It involves rewiring our brains and bodies and changing our identity.  Such a radical surgery can’t take place all at once, or it would kill the patient.  So the Great Physician wisely performs His labor of love in a long series of smaller surgeries, after the initial heart transplant.

So when Jesus says to not worry about food or drink or clothing, He isn’t saying that there won’t sometimes be deprivation in life.  But when such deprivation comes, He promises to be with us.  Jesus knew that most of His closest disciples would die a violent death for trusting in God, and so He can’t be promising them a rose garden in which there are no thorns or pain.  But He is promising that even in suffering and even in death He will be with them, blessing them.

And that’s the point: the blessing of God that comes from the presence of God.

Jesus’ point isn’t that we shouldn’t seek to provide the necessities of life for ourselves: every wise steward is obligated to do this.  What He’s saying, in keeping with yesterday’s lesson on greed, is that we shouldn’t set our hearts on these things or worry about them.  If I can’t afford to buy the new suit I want because I want to impress my potential new employer, then I shouldn’t worry: God will provide.  My old suit might be fine, or God may bless me with another job or bless me in the one I already have.  On a less serious issue, if I get outbid on Ebay at the last minute by someone, why am I so upset or worried?  I didn’t really need that item anyway, did I?

Do not fear and do not worry: “for it is your Father’s good pleasure to give you the kingdom” (verse 32).  If your loving heavenly Father is willing to give you His kingdom, which is Himself, don’t you think He’ll give you as much of the lesser things as He believes are good for you?

There is one final point in this lesson, by which Jesus connects His teaching from yesterday on greed with His teaching today on worry and fear.  At the end of His teaching on not worrying about food or drink or clothing, Jesus surprises us again.  Unlike Matthew’s passage, Luke records that you are to “sell what you have and give alms” and in so doing “provide yourselves money bags which do not grow old” and obtain “a treasure in the heavens that do not fail” (verses 33-34).

What are we to do with Jesus’ clear command to “Sell what you have and give alms”?  Do we take this as seriously as we take other commandments of Jesus?  I hope so.  Part of the way that the poor among us are provided for is by those who give alms.  If we who are rich are also greedy, however, then we are not seeking God’s kingdom or spreading it, and the poor may be missing a part of God’s blessing that He asked us to distribute to them.  It’s as if we are back at the feeding of the 5000 and Jesus has multiplied the food so that there is plenty for all.  But sometimes we act as if we are disciples who decide to stockpile the food that Jesus has just made, instead of distributing it to those who are dying of hunger.

This isn’t so farfetched.  Isn’t it true that one of the reasons God has given many of us Americans the great riches we have is so that we can share it with others and bless them?  Wouldn’t it have been odd if the disciples had not distributed the good gifts of God that Jesus had given to them for precisely this purpose?  The problem is that we believe that all the fish and bread are intended for us.  We believe that all of God’s material blessing in our lives is intended for us.

Therefore, don’t be concerned to add more fine things in your life, but seek first God’s kingdom.  Seek God and His kingdom by giving some of what you already have to the poor.  Choose to provide for yourselves not one more earthly money bag, and not one more unit of retirement security, but to provide for yourselves heavenly money bags.  Choose to invest not in the kingdom of man but in the Kingdom of heaven.

In so doing, you will be pleasing your Master by seeking Him.  And He is your safety, security, and treasure.

Prayer:  Lord Jesus Christ, who made Yourself poor that I might be enriched, I ask that You would deliver me from the evils of greed and ingratitude.  Deliver me from fear and worry by bringing me into Your presence.  Open my eyes that I might see Your kingdom and seek it above all earthly kingdoms, especially my own.  Amen.

What are some ways that you can spend your time and resources investing in the kingdom of God instead of in your own kingdom? 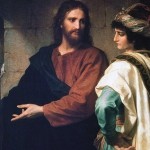 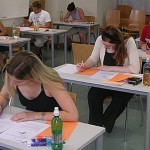 The Real Reason Why Scandinavians Are...
Cranach
Related posts from Give Us This Day