Introducing: “Side Hustles for Pastors”

In my experience young pastors are a little too idealistic to entertain a side hustle when they’re just starting out. It takes a little shock to the system to to open them up to the idea.

It can happen in a variety of ways. One of the benign ways it can happen is realizing you’re not able to put any money away for retirement or for a child’s education with what your church can pay you.

Less benign is when you’re church turns on you like a pack of dobermans and you find yourself without a job.

I’ve seen both and many things in between.

For me the wake up call came early. (I wrote about it here.) Let me sum it up. Early on in my ministry my wife and I went to visit a retired pastor and wife in their trailer. (You probably see where I’m going with this.) They were beautiful people, and they were universally loved. But they were as poor as can be, living on their meager Social Security checks and just eking by.

I was serving the poor in Boston at the time and I knew that it would be a trailer for me and the wife someday if I didn’t do something about it. That’s when I began my side hustle, and I’ve been at it ever since. I’ve done pretty well, considering. Maybe I’ll tell you about it sometime.

What’s a Side Hustle?

A side hustle is an income producing hobby. Something you do on the side.

Now I know that the name is a little troubling. But it is what this sort of thing is called these days. I didn’t make up the term.

It’s especially popular among the creative class. Over at Patreon they have a series of videos to help musicians and other artists use Patreon to earn income from their artistic endeavors without quitting their day jobs.

Over at Side Hustle Nation Nick Loper defines it thusly:

“A side hustle is something you do to earn money outside a traditional job.

Maybe that’s an economic necessity for you.

Maybe it’s an act of rebellion against “the system.”

Whatever it is, it’s empowering.

When you think of the word “hustle,” what comes to mind?

One positive — “He’s not the biggest guy on the court but he sure shows a lot of hustle!”

And one negative — “I got hustled by that used car salesman!”

The type of hustle I’m talking about is the former:…” (Click the link above to read the rest.)

Why Not Call it Tent-Making or Something Else?

Paradoxically the term tent-making in Christian missions now means “clandestine missions”. It’s paradoxical because when the Apostle Paul made tents it was actually more of a side hustle than it was anything clandestine.

He did it to self-fund his ministry. In fact, he actually turned down pay because he felt like taking anything for the gospel might lead people believe he was in it for the money–you know, like Joel Osteen. (1 Cor. 9)

Another term that gets used in some circles is “bi-vocational ministry”. This is a little odd just from a theological point of view. I wonder if Paul considered tent-making a vocation on par with being an Apostle? My sense is he saw these things working together, but one was essentially primary. Yes, he had a very high view of the dignity of labor (1 Thes. 4:11). But again, I’m not sure the term applies here for another reason.

Most people who use the term “bi-vocational ministry” seem to consider it self-funded ministry, but the long term goal seems to be to get on the church payroll full-time as soon as you can. What I’m talking about here is not that. This is something that will go on indefinitely.

Won’t a church feel like you’re not giving them your all if you have a side hustle? Yes, perceptions can be a problem. But here’s a question to consider: does anyone you know with a full-time job have something on the side? Or, how about this: do you really think that a local church owns their pastor, twenty-four hours a day, seven days a week?

If you think so, allow me to advise counseling.

But what this misses is all the ways pastoral ministry can be enhanced by a side hustle.

Well, that’s what this feature will explore. I intend to interview pastors with side hustles to allow them to speak for themselves. Once a month or so I’ll bring someone in and ask him a few questions and then step back and let him tell you for himself what having a side hustle means–both the good and the bad.

If you are a pastor with a side hustle and you’d like to tell your tale, please let me know! 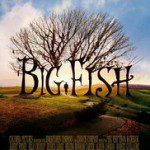 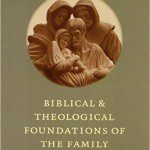 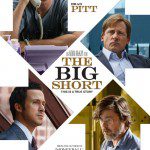 The Message of Love-- Part Twenty Eight
BEN: We are called to love self-sacrificially, as Christ loved. That seems...
view all Evangelical blogs
What Are Your Thoughts?leave a comment
Copyright 2008-2020, Patheos. All rights reserved.