Feminism, the Women’s March, and Aesthetics

The other day I stumbled across a post by a fellow Patheos blogger entitled, The Broken Aesthetics of Feminism.

I was intrigued because I have an interest in aesthetics. I’m not a feminist though, although I do know many women and I’m even related to a few of them. One of them happened to be my mother.

My mother was a Lefty. She was a fan of FDR and voted for him in every election after his death. She also liked Humbert Humphrey. She sincerely believed that there wasn’t a single thing the government couldn’t do better than the rest of us. To the expansion of the welfare state there was no imaginable limit. After my parents divorced she even married the welfare state. But it treated her no better than my father had. She died young.

But she was also something of an artist. She took me to museums as a child and I grew up surrounded by reproductions of Rodin and Michelangelo. (The Moses with the horns always unnerved me.) She even enrolled me in art school when I showed some promise.

So the question of feminism’s aesthetic took me back to my mother.

I can tell you she would have been appalled by what took place at the Women’s March. I’m sure she’d have hated the current President of the United States, but I am also sure that she would have believed that that is no excuse for the ugliness that was on parade in the march.

By the way, my mother was also strongly opposed to abortion.

So what about feminism’s aesthetic? Let’s begin with what it isn’t.

Look at those images above. None of them is a product of feminism.

Two of them are beautiful, the third I suppose you could say is functional. And this is precisely what makes them offensive to feminists.

These works situate women in the eyes of the community, either the eyes of men or their children. Feminism is a liberation from all of that, as we are ceaselessly told. But when women are free at last to define themselves, what do they make? The answer to this I believe gets us to the aesthetic of feminism.

It’s not a pretty picture.

I don’t think feminism’s aesthetic is broken, I think the Women’s March provided us with the real deal. Feminism is only capable of agitprop. It is made up of depraved quilters, and that’s about it.

The reason is it is solipsistic. It is turned inward to all the bitterness and hurt women feel, whether justified or not, and when it turns outward again you get the bile we saw spilled in the streets.

There is a bitter irony to this though.

Because feminists have turned away from traditional social roles and even from nature, they are defenseless against the subtle and ubiquitous influences of the zeitgeist and the welfare state. The women on display at the march weren’t just expressing themselves, they were parroting what they’ve been told.

I’m sure these women felt empowered by their experience; but I can assure you that traditionally-minded men like me were more amused than impressed. Not only did these women look ugly, they looked impotent and pretty silly.

Readers who are familiar with this blog know that I am an advocate for traditional notions of masculinity. And those notions are all about the functional roles men play in society. I don’t write much on feminism because I don’t really have much use for it.

I don’t hate feminists, they just don’t have a place in my world. Instead I prefer women. I find them very attractive and I like being around them. There are things they can do that I could never do, and I don’t even want to try. I don’t compete with them. Instead I prefer to compliment them as I complement them. 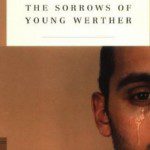 January 24, 2017
I Am Weary of the World-Weariness of the Unaccomplished
Next Post

January 31, 2017 The Family that Stays Together Can Pray Together
Browse Our Archives
Follow Us!

Why Lying Has Become Normal and...
Roger E. Olson
Books by This Author Books by PaterFamilias Today

Helen Bond's The First Biography of Jesus-- Part...
BEN: On p. 52 you make a helpful distinction between an interest...
view all Evangelical blogs
Copyright 2008-2020, Patheos. All rights reserved.