Let’s Choose Not To Be Manipulated

In the modern media ecosystem, the stories come faster than the mind has time to process. We find ourselves crouching into offensive or defensive postures, falling back on tribal catchphrases, and reacting too fast, too soon, and always with too much outrage.

I don’t have to go further than the last couple days to show how we, as Catholics (and I include myself), are all too ready to be drawn into the outrage cycle that stifles thought.

Round One: Dolce and Gabanna

Crass millionaire homosexual rape enthusiasts say something appealing about the role of traditional marriage and parenthood. I’d never heard of them before, but although they were right about the superiority of the traditional family and the problems with IVF, they were incredibly offensive in referring to other human beings as “synthetic.” Just because they gave Elton John the vapors doesn’t mean they’re our new besties, and starting petitions to support them is just silly.

Who’s to say the whole dumb thing wasn’t some orchestrated campaign by Elton John and the designers to grab some ink?

This round is more specific to me, but amid some reasonable agreement and dissent, the comboxes for my article in the National Catholic Register featured a number of people repeating catchphrases right from the GOP playbook, few of which actually addressed what I’d said or the reality of net neutrality.

When you find comments about the FCC rules having anything to do with rates or government control of content, you know someone is repeating something they came across on social media, TV news, or talk radio. (The rules, which I don’t support in their present form, don’t say anything about rates or government suppression of content.) No consumer will ever benefit from letting monopolies do as they like with internet services and speed. That so many react with Pavlovian responses rather than careful consideration is just another indication of the death of nuance.

KCBS reported that St. Mary’s Cathedral has a system that soaks the entryways with water to drive away the homeless. Of course, this is outrageous and needs to stop. No Church of Christ should ever treat the homeless in such a reprehensible way. Even worse was the terrible witness of those on social media defending the action as necessary because of those people. [UPDATE: The response of the Diocese.]

But stories don’t happen in a vacuum. The water system is not new. So why are we hearing about it now?

That should be obvious: powerful and wealthy forces are arrayed against Archbishop Cordileone‘s attempt to require Catholic teachers to be faithful to the teaching of the Church. I tweeted the reporter to ask why this story and why now, and if he replies I’ll post his answer, but it pushes credibility to the breaking point to assume the timing of this story has nothing to do with the Archbishop’s current fight.

Completely lost in reactions to the story is the great work of both the Diocese and the Archbishop for the homeless.

Someone with deep pockets is paying a high-powered media attack dog to go after the diocese. This is how the mediatainment ecosystem manipulates opinion and manufactures consent.

We should expect more of the same, and we should be prepared to react as sensible media consumers. Every story hides a hundred unasked questions.

And we certainly shouldn’t collaborate with it.

Outrage is a sweet drug. It provides a powerful emotional jolt to people on all parts of the social/political spectrum and allows us to set down markers for our own beliefs. I don’t exempt myself from this at all. I do it too.

But sometimes the outrage machine rolls right over us.

Fashion designers make a pleasing noise and we instantly jump into their camp, forgetting the whole rape thing and the crass consumerism of their overpriced garbage.

Our political tribe says one thing or the other about net neutrality, and rather than conceding that both sides have points that are both right and wrong, we start spouting tribal talking points, instantly shoving a complex debate to the extremes.

A story exposes something our side is doing wrong, and in reacting to it (correctly, in my view) we fail to ask just why this story, why now, and what part does it play in someone else’s agenda?

Media is two things: business and propaganda. Only incidentally does it inform or entertain. In modern news, the medium–how a story is reported and consumed, by whom, when, and why–are as important as the facts, because they shape the story in ways we do not perceive.

Nothing requires us to react. Nothing mandates that we jump to attention and wait for a treat every time the Ruling Class (the media and political elite) ring the bell. We can opt out. We can choose not to be manipulated.

March 17, 2015
Bishop O'Connell On His Recovery, the Synod, and More
Next Post

March 19, 2015 Pre-Order "The Joys and Challenges of Family Life" For $3
Browse Our Archives
Follow Us!

Yes, White People Need to Say...
suspended in her jar
Related posts from God and the Machine 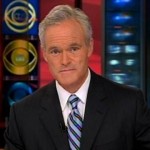 Catholic
How I Imagine Mainstream TV News
God and the Machine 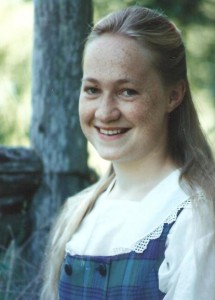 Catholic
Is Transracialism The Next Frontier of Identity Politics?
God and the Machine
TRENDING AT PATHEOS Catholic