The Systematic Castration of the Black Preacher

The black church was born in the crucible of racial oppression in the United States. The very existence of the black church and the black preacher is the direct result of an oppressed people looking to their God for justice, liberation and equality.

When it was clear that the slave master serving as pastor to his slaves was incapable of ever preaching about God through the lens of justice because he was, in fact, the oppressor, and when it was clear that he could never see God through the eyes of the Hebrew slaves because the slave master was, indeed, Pharaoh, the black preacher emerged and began preaching the gospel of liberation boldly in the face of threats, violence, lynchings and assassinations.

Sadly, it would seem that this type of black preacher is extinct.

Many of today’s black preachers are no longer leading the charge for equality and justice. They are more concerned with Sunday morning offerings, attendance, getting fitted by their tailor, charging the right speaking fee, and getting access to political and economic power through opportunistic endorsements of either party.

Black congregants have left the church because it no longer feels as though our pastors are prophets crying in the wilderness; rather, pastors have become primadonnas entertaining us and lending credence to the very political and economic power structure that still commits unspeakable injustices.

The Castration of the Black Preacher

What is the point of the Black Preacher if we are utterly incapable of addressing issues of social justice and economic morality when that was the purpose for which we were born? What good is the Black Preacher if he cannot see the despair of his community and correctly attribute the cause while envisioning the solution?

The black church was and is the only entity capable of mobilizing millions of people every single week regardless of the news cycle or election cycle to demand both social and economic justice. No other institution ever had this capacity, and America finally realized the true threat that the black church posed because of the power it wielded during the Civil Rights Movement.

The rights that the black church and its allies fought for during the Civil Rights era benefited both the black community and the entire nation. All races, faiths, ideologies, and orientations progressed because of the prophetic voices born from the black church.

And when you have a group of leaders that could lead a revolution simply with the words they preached to an organized and educated groups of citizens, nothing becomes more important or more valuable to those in political and economic power than silencing those voices.

Without speaking truth to power, the black preacher merely becomes an entertainer.

A co-opted black preacher no longer serves God, justice, or his community. He serves himself and the political and economic elite with his silence and the placation of his congregation.

Instead of preaching a revolutionary gospel of justice that would necessarily change the world for the better, the black preacher becomes an intellectual drug dealer serving his congregation the same opiate for the masses that too often renders religion useless beyond spirituality. He lulls his congregation to sleep with promises in the “sweet by and by” and redirects their attention from the demand for justice now.

Indeed, the greatest fear of the political and financial elite of America is an organized group of people well-versed in the art and science of overcoming oppression gathering every week to hear messages of social justice and economic morality from mesmerizing orators.

Clearly America could never tolerate this. And so the power of the black preacher had to be castrated.

Some black preachers were purchased for the opportunity to live lavishly of the gospel. The right sermon gave the black preacher a new, lucrative audience — white Christians. The price was simply to leave behind sermons condemning past and present American transgressions. So long as the preacher could stir the audience without mobilizing them to political action, the preacher could receive honorariums in a single night that rivaled his entire year’s salary.

The Spirit of Fear

“[America] put [her citizens of African descent] in chains, put them in cotton field, put them in inferior schools, put them in substandard housing, put them in the lowest paying jobs … The government gives them the drugs, builds bigger prisons, passes a three-strike law and then wants us to sing “God Bless America”. No, no, no, not God Bless America. God damn America.” Rev. Jeremiah Wright

Nevermind theological efficacy and accuracy of what Wright was saying. Nevermind the fact that the role of the prophet was always to speak the unpopular truth to the king. This type of truth was too terrifying for many black preachers to continue to speak.

And so, just like that, they willingly completed the process of castration because of their fear of speaking an unpopular truth to power.

Destroyed for a Lack of Knowledge

Many black preachers are powerless because they lack knowledge beyond the Bible. Without a knowledge of the world around them, preachers are unable to give messages that could help their congregation understand the perpetuation of poverty, systemic racism, and injustices outside of a religious context.

Instead, preachers settled with attributing poverty to sin and a lack of faith. You’re always poor because you don’t trust God enough but never because poverty is structural.

Furthermore, because of their ignorance on economic and political matters, they are easily impressed and persuaded by the same recycled economic plans that have already failed our communities and our nation. But without a working knowledge of economic and political policy, black preachers excitedly digest and regurgitate plans to cut taxes as a means of ending poverty in the black community with no understanding of how deficits caused by tax cuts have already exacerbated poverty in the black community and still not led to the promised job creation.

Invalidate the God of Justice

And when money, fear, and ignorance were not enough, the most powerful tool of those in power was to invalidate the very theology from which the black church was born. There has been a consistent campaign to suggest that the social justice gospel wasn’t real Christianity. Social Justice was derided as heretical and an apostasy. Any reading of the Bible that focused on deliverance from physical oppression rather than deliverance from sin alone was dismissed by the conservative Christian community.

Whatever the cause or justification, the role of the black preacher has been so distorted and perverted that it no longer serves the purpose for which it was born. Where historically the black preacher would have been an unstoppable force for justice, now the vast majority are missing in action.

Black preachers are not only missing from the #BlackLivesMatter movement, many black preachers don’t even understand the movement. The leadership and wisdom that this young, vibrant group of activists and protestors could have gleaned from are notably missing.

And because the black preacher is both absent and now, some, complicit with the powers against which this movement protests, the movement rightfully feels it has no need ever to look in the direction of the black church. 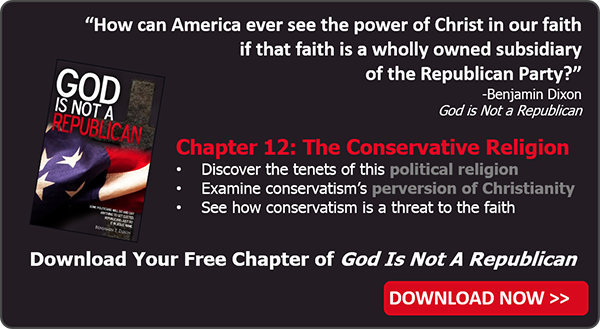 Where the black preacher is today is exactly where many white preachers have been for hundreds of years. The true Gospel of Christ is not only a threat to sin, but it challenges the political and economic power structures that systematically commits injustices. It seeks justice and equality. It treats all humankind with dignity and respect. The true gospel of Christ does not ignore economic immorality any more than it ignores spiritual immorality.

That gospel is a dangerous one. After all, the Pharisees did not conspire to kill Jesus until after he turned over the tables and chased the moneychangers out of the temple. Similarly, Martin Luther King, Jr., wasn’t killed until he began organizing poor white people and poor black people in a Poor People’s Campaign.

And because these messages are as dangerous as they are old, religion in America could never be allowed to organize and mobilize the people for political and economic justice. But because religion cannot be crushed in America, it must be co-opted.

But if there was ever a time when we need prophetic voices to mobilize millions of Americans against injustices that have been quietly endured for generations, that time is now. 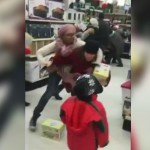 November 27, 2015
Black Friday Greed And Consumerism: What Thanksgiving Is All About? (VIDEO)
Next Post

December 29, 2015 On Tamir Rice: Justice Is Whatever America Can Justify
Recent Comments
0 | Leave a Comment
Browse Our Archives
Related posts from God is Not a Republican