Words both Real and True 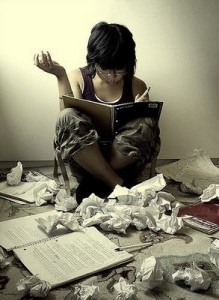 I belong to a movie group that meets monthly in one another’s living rooms to discuss a current film. As soon as I read that this month’s host had chosen The Words, I thought uh-oh. Most movies about writers get it so wrong, with their scenes of furrowed brows on smooth, comely faces; crumpled pages littering the floor; and ta-da: a finished manuscript.

In Little Women (the version with Winona Ryder and Gabriel Byrne), Louisa May Alcott puts down her pen, and ties up the finished pages with a ribbon. The End, just like that. Or, in the case of The Words, -end-.

But I don’t bring this up to slam the movie, although almost every aspect of it disappointed me. Instead, I’d like to explore a question that’s been on my mind since walking out of the theater: What makes it so hard to hold onto ardor and enthusiasm and creative curiosity?

Why, when our hero and his wife stand doe-eyed outside a building on a picturesque Parisian side street, did I roll my eyes even before the camera zoomed in on the plaque stating Ernest Hemingway Lived Here? I’m not sure there even is such a plaque in Paris, although most guidebooks list Hemingway’s café haunts.

Why, when our hero turns to his loving wife and speaks of needing to say something real and true (or words to that effect), did I turn to Craig and make gagging sounds? Is this a function of a bad screenplay (the dialogue itself a kind of Hemingway parody) or of my own impatience with an innocence I once shared?

I’d like to say something real and true, too, but I’d never admit it straight out, while my spouse dried the dishes and I pounded out another page or two on the laptop. (I can’t write with anyone else in the room, for one thing, let alone let my beloved read over my shoulder.)

This summer, Ellen Page’s character in To Rome With Love  is portrayed as a wannabe creative type with her frequent quotes from wise sages, including Rilke. I groaned along with others in the audience, aligning myself with Woody Allen as someone hip to the point being made about Page’s character’s empty pretentiousness—but, as many of you know, I blogged a few weeks ago in this very forum about Rilke.

So, while I cringed at the clichés and inaccuracies in The Words, I also wondered when my eager wonder turned into something more sophisticated and mature, perhaps, but also less open. What might have been lost along the way?

To wit: I have two journals, one covered in sweet, feminine fabric with a ribbon to mark the page, the other printed with inspirational quotations from creative types.

Old Scotch tape has left yellow stains on the pages where once I fixed three-by-five reproductions of Carl Larsson’s Swedish scenes of domestic life, of the Impressionists: Renoir’s waterlilies, his maiden cuddling a cat, and Van Gogh’s bedroom in Arles, and a Balthus, a Dine, and a Hockney.

The words and phrases scattered across the pages come from Erica Jong on courage and cynicism, from sonnets of Millay and Browning, “If it could weep, it could arise and go.” From Colette, “You will do foolish things, but do them with enthusiasm,” and Jawaharlal Nehru, “Be brave, and the rest will follow.”

When I look through this book, I’m reminded of my former self, as shiny-eyed as Ellen Page’s character. The difference being, I like to remind myself, that I didn’t spout those quotations to impress others, I just kept them in a private journal. (Until now that is.)

I’m reminded of the excitement upon coming across sentences so real and true that I had to make note of them. I was astonished by their simple accuracy in stating what I hadn’t known I knew until I read them.

I’m reminded of seeing images—the pink sand of a Gauguin beach, in a Balthus the expression on the face of a girl as she leans in to place a card in front of the boy she’s playing cards with, the lines in a Matisse cutout or a Modigliani neck—that made me hold my breath. Ah, yes, that’s it.

I wanted to join the ranks of those who could make that happen. I longed to be a writer—which I would soon enough learn to rephrase as “I longed to write.”

The scrapbook of clippings and postcards seems an early step in apprenticeship, in beginning to make my way by noting phrases and cutting out examples of tricks and skills that impressed me. Wow! I wrote next to a section where Tolstoy describes Vronsky in the stables, and Check it out! next to an Amy Bloom excerpt.

Returning to those exclamation points, tuning into that excitement, doesn’t make a weak movie any better. It does, however, make me long for more examples that get it right. To show bright eyes and eager fingers, to portray the equivalent of an exclamation point, to make a viewer’s heart and a reader’s mind soar.

October 7, 2012 Eggs, Milk, and Maternal Instinct
Recent Comments
4 Comments | Leave a Comment
""It doesn’t matter when you start the Sinatra Christmas playlist or put up your tree. ..."
C_Alan_Nault How to Win the War on ..."
"Yup."
Max Marvel Finding My Inner Calamity Jane
"I an confused by the use of "aural" here: "In The Gutenberg Galaxy, he explained ..."
William G II The Gutenberg Imagination
"My friend is looking for a Pepper Smith he served in the army with, was ..."
Christine Budnack The Love Song of Pepper Smith
Browse Our Archives
get the latest from
Catholic
Sign up for our newsletter
POPULAR AT PATHEOS Catholic
1 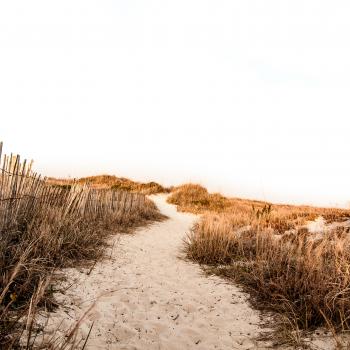