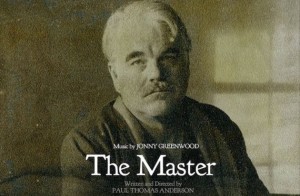 I found myself in this strange conversation this week….

Interviewer: Do you recommend The Master?

Jeffrey Overstreet: Not yet. I need time to reflect on a film as challenging as this one. I need discussion. I need to see it again.

Reviewing movies is a tricky business. It’s like recommending a pair of shoes to an audience. The shoes may be well-made, but people may dislike their style or misunderstand their purpose. Even the best shoes will only fit certain people.

JO: Difficult, but often riveting. Cinematography, music, editing . . . the artistry often reminded me of Kubrick, Malick, even Welles. Joaquin Phoenix was astonishing. The fragmented narrative demanded hard work. Some scenes amazed me. Others…

JO: Confused me. I didn’t understand their purpose. Sometimes it seemed the storyteller wasn’t sure where to go next. But hey, I’d rather follow a risk-taking explorer than a by-the-numbers crowd pleaser. Complicated art films often puzzle me at first, but subsequent viewings are usually quite revealing. Many of my favorite films didn’t work for me until a second, or sixth, viewing.

Interviewer: I saw The Master too. Thought it was disgusting. Right away, we have to watch a soldier sculpt a sandcastle woman and then fake having sex with her to the amusement of his fellow soldiers. Then he walks into the ocean and—

JO: Yeah, I remember Freddie’s ugly sexual antics. He’s driven by lust. He’s a womanizer. And he’s perverse when he’s on a testosterone high around other reckless men.

Interviewer: I don’t need to watch that stuff.

JO: You certainly don’t. If the movie troubled your conscience, you were right to leave.

Interviewer: But you stayed. There’s no excuse for that.

Interviewer: What could possibly be beneficial about such an ugly movie?

JO: I believe we’re shown Freddie Quell’s pathetic misbehavior so that we’ll ask, “Why does he behave this way?”

One possible answer: He’s almost perpetually drunk on cocktails he’s made from fuel and paint thinner. So we might ask, “Why does he drink like that?”

Consider this—Freddie’s nation, his “Master”—sent him into war, into trauma, into horrors he can’t shake. When he returns, doctors test his mental health, but fail to provide the help he obviously needs.

Also, he’s burdened with memories of a troubled family history. He’s explosively angry around those who enjoy the success, the family, the blessings he’s never likely to obtain. (As a photographer, he sees so much that’s beyond his reach.)

And the war took away something he thought was true love.

Maybe he drinks to numb the pain.

Interviewer: It’s all so awful and depressing.

JO: Sure. Brokenness, depression, sexual obsession, alcoholism, violence—all rich subjects for artists to explore in search of understanding. There are people like Freddie all around us.

And that’s all prologue.

Freddie then stumbles drunkenly into the influence of a sanctimonious philosopher named Lancaster Dodd. Dodd’s impressed with Freddie’s cocktail experiments. It’s like what he does—mixing religious ideas into intoxicating philosophies. He wins many followers eager to numb their own pain, put their pasts behind them, and pursue perfection.

But even though Dodd enlists Freddie as a guinea pig, it’s obvious that Freddie isn’t getting better under his new master’s care. He becomes like Dodd’s trained monkey, stuck in a cage that he reinforces with reckless behavior.

Dodd’s in a cage too—he made it himself. He’s surrounded by admirers, not friends, who sometimes believe in his ideas more than he does.

So it’s a story about a wretch who, like me, wants to get better, but repeats his mistakes. And it’s about an egomaniac who, like me at my worst, exploits others for his own success.

Which man is more monstrous?

Interviewer: What good can possibly come from such a sick and twisted movie?

JO: I don’t think the movie is sick and twisted. I think it’s an observant film about sick and twisted people. Rather than moving through their pain, they numb it with alcohol, testosterone, ego, and control issues.

Again, if such stuff troubles your conscience, steer clear. But Freddie’s frightful lust may work like the murder Hamlet stages for a royal audience: It can force arrogant and lustful men to see themselves in the mirror.

Further, Freddie and Dodd’s relationship can offer useful, powerful reflections of what can happen between fathers and sons, teachers and students, bosses and employees, pastors and congregants, leaders and nations.

Someone suggested that Freddie might even be a younger version of Dodd, come to haunt him. Maybe Dodd is seeking to control and reform his younger self—one delusional and dangerous man influencing another.

Interviewer: You don’t know who I am, do you?

You used to stand up in church and rant about the evils of “worldly” art. You condemned whatever made you uncomfortable.

But thanks to trustworthy teachers and inspiring artists, you will learn to recognize the difference between condoning evil and exposing it. From the Bible, Shakespeare, Flannery O’Connor, and more, you’ll follow monstrous characters toward the consequences of their hypocrisy, lies, lust, and self-righteousness.

You see, I learned a lot about light by thinking about shadows.

Interviewer: So, like Dodd, you’ve become a sanctimonious philosopher.

JO: I hope not. Like I said, I’m a beginner. I’m still learning.

God save us all from becoming like “the Master”—someone who treats those who disagree with him as enemies, who calls them names and spews vitriol.

We explore a movie as if we were exploring a forest—we all find different paths, troubles, and rewards. Best to share our experiences humbly. Otherwise, we’ll make people want to walk out on us… as if we were a terrible movie.

October 3, 2012 The Evidence of Things Not Seen
Recent Comments
10 Comments | Leave a Comment
"Ah, so now the imaginary War on Xmas is transmogrified into The War on Santa, ..."
David Miller How to Win the War on ..."
""Aural" refers to hearing, "visual" to seeing"
merphd The Gutenberg Imagination
""It doesn’t matter when you start the Sinatra Christmas playlist or put up your tree. ..."
C_Alan_Nault How to Win the War on ..."
"Yup."
Max Marvel Finding My Inner Calamity Jane
Browse Our Archives
Related posts from Good Letters