Arts & Faith’s Top 25 Films on Marriage list was recently released by Image Journal, in concert with Arts & Faith.com. Over forty people in the Arts & Faith community participated in nominating and voting for these films: a large group of cinephiles from a wide variety of vocations, including some film critics. This Valentine’s Day, curl up with a film that doesn’t just play to romantic tropes, but challenges and illuminates as it explores the wellspring and cipher that is marriage. 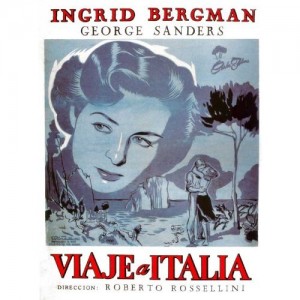 In the introduction to the recently published I Do and I Don’t: A History of Marriage in the Movies, Jeanine Basinger argues that as cinema was getting its commercial sea legs, films about marriage were a hard sell. Not only were producers not interested in films about marriage, those that were became billed as romantic comedies or dramas when they hit the theaters.

This is partly because domesticity is boring, filled with dishwashing and school pickups. Cinema, after all, is a medium of escape. Who wants to go to the theater to see the last fight they had with their spouse rehashed in painstaking detail?

Basinger, who found it was difficult for people to name a film specifically about marriage, had trouble finding a list of films about the subject. Well, little did she know that the Arts & Faith community had selected marriage as the theme for their next “Top 25 Movies About…” list long before Basinger’s publisher released the title.

I am not sure that this list is exactly what Basinger would have had in mind, as it spans almost the entire history of cinema from L’Atlante to A Separation. In addition, it consciously grapples with what actually constitutes a film about marriage, which is why films as varied as The Face of Another, Tender Mercies, and Certified Copy successfully ran the voting gauntlet.

But the intriguing sense of diversity derives in part from the community that voted this list into existence. The Arts & Faith forum has been talking about cinema for over a decade, its members self-identifying across a wide spectrum of religious attitudes, mostly Christian, celebrating engagements, weddings, and births together, as well as sharing the burden of watching marriages unravel and families fall apart.

At its best, our conversation about cinema has been difficult to distinguish from the business of life, and we value marriage as a threshold for conversations and gestures that just don’t exist in any other relationship; they are only made possible by the performative value of the ring, the “I do,” all the signifiers by which two become one.

My wife keeps a meticulous photographic record of the development of our family through artfully printed journals arranged by year: over here is a photo in which I am reading Secret Garden to my daughter, over there my wife has caught them playing in the yard. Because one of us usually has to hold the camera, there are few shots of my wife and me together, now strung throughout the book like pearls of memory.

While from the outside our narrative arc may have a tedious domestic teleology, beneath it lurk these moments through which I catch a glimpse of what we have built together, bit by misshapen bit; each frame a record of the quick gestures between us that themselves contain deep pools of narrative.

In the same way, marriage in this film list seems to evolve over time as its own species of narrative; it may be hard to catch at first glimpse, as it is artfully embodied in the casual gesture, the passage of two figures across the frame in a certain way, or the edit that contains a decade of emotions.

What marriage may lack in narrative, it expresses in form and composition.

The first entry here, Viaggio in Italia, is all about this formal perception of marriage as its own form of storytelling. Rossellini begins with a marriage that has already largely dissolved. The husband and wife tour Naples separately, probing the city for something to fill the gaping spaces in their relationship. Frame by frame we find them isolated, moving away from each other, passing through the material history of a region that has experienced centuries of love and death.

At the end of the film they become physically separated in a lively Catholic procession, their emotional distance made visceral. They reach each other in the crowd and embrace in the center of the frame, restored in the midst of the celebration.

Viaggio in Italia may have taken the top slot here due to Rossellini’s articulate perception of marriage as a space in which to reflect on the mysteries of love, mortality, and cinema.

With this in mind, the rest of the list contains a few surprises. It is difficult to decide if Certified Copy really is a film about marriage, given that Kiarostami buries that question beneath a narrative puzzle that embodies the mystery of fidelity. In Tokyo Story, the grand scope of marriage and family looms in low sweeps across Ozu’s spare canvas.

The eventual horror of Roeg’s Don’t Look Now is present as well in the grim anxiety of Peter Falk in Cassevetes’ A Woman Under the Influence as a man struggling with his wife’s mental illness. The casual physical familiarity between husband and wife that attends the unexpected confession of adultery in Tuesday, After Christmas is a formal exercise in the dissolution of love and faith, offset by the sacramental vibe of a parallel scene in its analogue, In America.

The way cinema tackles difficult questions about marriage is a moving target. But these films, as the blurbs penned by Arts & Faith members demonstrate, represent important responses to this creative challenge. There is much at stake in these images, but a list that pairs the classicism of Hobson’s Choice with the modernist architecture of Le Mepris alone merits an extended peek.

We hope that you will join us in this ongoing conversation.

February 13, 2013 What are You Doing for Lent?
Recent Comments
4 Comments | Leave a Comment
"Ah, so now the imaginary War on Xmas is transmogrified into The War on Santa, ..."
David Miller How to Win the War on ..."
""Aural" refers to hearing, "visual" to seeing"
merphd The Gutenberg Imagination
""It doesn’t matter when you start the Sinatra Christmas playlist or put up your tree. ..."
C_Alan_Nault How to Win the War on ..."
"Yup."
Max Marvel Finding My Inner Calamity Jane
Browse Our Archives
Related posts from Good Letters