Tuck In Your Artifice, It’s Showing 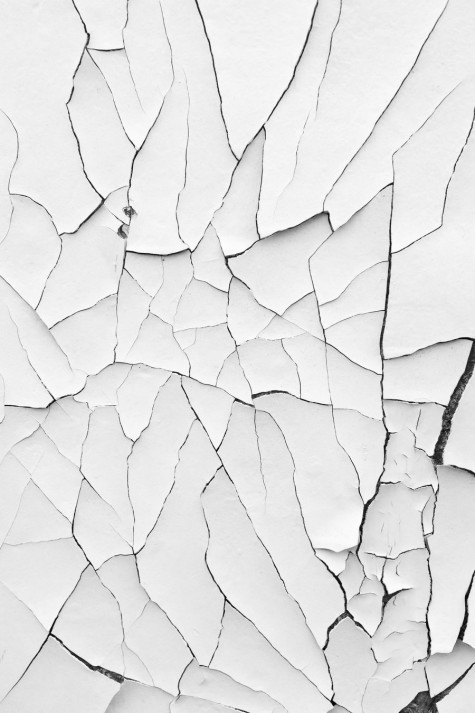 When someone shared Michael Chabon’s New York Review of Books blog post about the movies of Wes Anderson a couple months ago, I was initially drawn into his thinking about the nature of the world and of art making. I was with him as he talked about the schooling in brokenness, how we long for a lost wholeness in a world that has been shattered.

But then he turned his attention to the question about what to do with the pieces. His answer is that the artist reassembles the “scattered pieces of that great overturned jigsaw puzzle” according to her own vision of the world.

I think of the scene in Pink Floyd’s movie The Wall in which our wrecked rock star creates intricate patterns on the hotel room floor with the pieces of furniture, glass, and guitars that he smashed in a psychotic meltdown the night before. At first glance you want to say he’s finally gone bat-shit crazy, but he is not so crazy as to conclude there’s no meaning to it all—he’s still trying to make some sense of the brokenness.

Chabon goes on to write that artists have to make choices, frame their work, and that art “is authentic only to the degree that it attempts to conceal neither the bleak facts nor the tricks employed in pulling off the presto change-o.”

My problem with this is not that the artist has to make choices, frame the work. Of course the artist does. Chabon is also correct in claiming that authenticity is dependent upon not concealing the bleak facts.

The trouble is that he leaps from there to the claim that “artifice, openly expressed, is the only true ‘authenticity’ an artist can lay claim to.” Works that openly point to their artifice are “more honest about it than others.” In order to be truly authentic, you have to always be tipping your hand, pulling back the curtain.

A preference for suspended disbelief, for letting oneself be taken by the work, is wrong. As a matter of fact, to desire more than self-announcing artifice in your art is, “simple-minded and profoundly mistaken.”

On this claim I have to call bullshit.

Walter Pater famously said that all art continually aspires to the condition of music. Not arranged pieces inside a box—though that might well be what the work of art is—but an experience that you are swept up in, or at least glimpse, something larger, something utterly mysterious.

Self-conscious—self-announcing art—is inimical to that experience. An aesthetic experience is one in which the entire person is engaged. If, as Chabon claims, what is important about a work of art is that it always reminds you of its artifice—which keeps you from falling fully into the work—then he is saying the experience of art should not be aesthetic, but anesthetic, that is turning off some part of human experience.

I think of the newest film treatment of Anna Karenina which is beautiful in many ways. In the end its constant shifts between the acted story and the clever transitions of the actors around the stage weakens the force of the story itself.

I’m not suggesting these kinds of experiments should not be tried. They can be fun and interesting, and are often quite insightful; but in the end they hedge their bets when it comes to going deep, looking for the truth of the character’s experience, opting instead for a wink to the viewer while pulling back the curtain to show poor Oz pulling the levers. It is a mistrust of the work itself, a need to pull up short of total commitment to it.

Why does Chabon claim that the only authentic way for a work to exist is with the artifice on the outside? I think he goes wrong from the start with his central metaphor of art making as assembling pieces of the broken world, those “scattered pieces of that great overturned jigsaw puzzle,” that remain broken.

If the pieces remain broken, then the only thing to do is marvel at how cleverly the artist has rearranged them.

A better way to see it is in terms of John Milton’s image of the “sad friends of truth,” who like Isis, search for the segments of Osiris’ body that have been severed and scattered throughout the earth. The artist is about the business of reassembling, not inanimate things, but the very body of truth.

The world is broken, but it is a broken reality that nevertheless has the gift for life and breath. When the artist reassembles, she is putting a body back together in hopes that it will come to life before her. The artist is not the one, in the end, who reanimates the body, like Dr. Frankenstein sending jolts through his monster. It is somehow the work itself—or the experience of the work, I should say—where the magic lives.

The goal of art is not to show how cleverly the artist can arrange the parts of a hopelessly broken world, and let’s not forget to keep slapping our own faces and reminding ourselves of that. The goal is not even just a vision of the world whole again—it is a movement toward wholeness.

I know this all sounds like a load of Romantic claptrap, and I don’t care.

The goal of art is something grand—a glimpse of living mystery. To deny this in one’s art is, in the words of John Gardner, to treat “the only true magic in the world as though it were done with wires.”

May 3, 2013
Beautiful Loser: Poetry at the Mall
Next Post

May 7, 2013 Emerging from the Tomb Intact
Recent Comments
7 Comments | Leave a Comment
"I miss that dragon the most finally it's here. 😳IJ.636PX.CO/c7234i"
Dmaned11123 Poetry Friday: “The Burned Butterfly”
"Ah, so now the imaginary War on Xmas is transmogrified into The War on Santa, ..."
David Miller How to Win the War on ..."
""Aural" refers to hearing, "visual" to seeing"
merphd The Gutenberg Imagination
""It doesn’t matter when you start the Sinatra Christmas playlist or put up your tree. ..."
C_Alan_Nault How to Win the War on ..."
Browse Our Archives
Related posts from Good Letters