Life Is Short; Art is Long 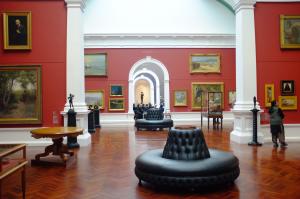 As part of our tourist rounds in Chicago my wife and I visited the Art Institute, which is far too large to take in in a single day. As happens every time I go to a large museum, by the time we walked out I was in a state of melancholy existential astonishment.

One installation was a meticulous recreation of the cave paintings in Lascaux, France, some of them estimated to be as much as 20,000 years old.

Until we reached the modern art, all the millennia of individual creators represented in the gallery were long dead, many not just dead but anonymous.

In the American galleries, I viewed the famous American Gothic, which I first encountered in a board game in childhood called Masterpiece. The game was ostensibly about art collecting, which doesn’t sound like much fun for kids. You gather cards with famous paintings on them attached with a monetary value. Players buy, sell, and trade art. Several fraud cards float around, so you never know if someone is trying to pass off a forgery on you. The goal of the game is amassing the most expensive collection without regard for aesthetics.

I loved playing that game, though I never won. I collected the pictures I liked without regard for value. My brother, who preferred Monopoly in the first place, didn’t like playing with me. At that age, what I liked were Dali’s melting clocks, Hans Hofmann’s Golden Wall. I didn’t like paintings with real human beings looking out. They bored me. I didn’t like American Gothic.

Here I stood looking at that very painting. The information card beside it says that Woods used his dentist and his dentist’s wife as models for the painting. His dentist. Not a farmer at all.

Still thinking about this I walked into the next gallery, in which hung some of Ivan Albright’s paintings. His best known is probably The Picture of Dorian Gray, which he was commissioned to paint for the 1945 movie adaptation of Oscar Wilde’s novel. It hangs in the Chicago Institute. So does one called Into the World There Came a Soul Called Ida.

While Dorian Gray is a graphic depiction of what a life of debauched hard living does to the soul, Ida depicts the inevitable physical degeneration of age.

Here is Ida, perched on the arm of the wicker chair with her legs crossed. The chair arm doesn’t look substantial enough to hold her weight, looks as if it could break any second, and she will crash to the floor. Paused while powdering her face, she holds the puff over her breasts and gazes in disgust at a handheld mirror. Her flesh is soft, bulging in her scant clothing. Her bare legs are lumpy sacks of cottage cheese cellulite. She tilts the mirror to look, not at her face, but at her wrinkled neck.

The source of light is directly above Ida, making the sag of her flesh even more pronounced. He has caught her face in the moment of recognition: it’s over, her days of being beautiful. She is old and only getting older. I think of one of John Updike’s protagonists in his last story collection, who, while at his fiftieth high school reunion, is stopped in his tracks by “this enormity,” which is simply that “once he was young and now he’s old.”

Ida is called a painting in the vanitas tradition, a memento mori calling for the viewer to reflect on the fleeting nature of youth and beauty. Usually this is a call to reassess values.

I stood looking at the painting after just having read about Wood’s dentist and his wife posing for hours—how their images are recognizable all over the world, and they are gone. It made me deeply sad, the overwhelming mass of human striving, after the humanity that created it had largely disappeared from the face of the earth.

Who was this Ida who posed for Albright’s painting? Turns out, she was only twenty, a nursing mother who’d answered his ad. Albright added all the ravages of time on his own.

Who painted the caves at Lascaux? They are gone out of this world.

But the art is still here, so then are they, somehow. The sadness is not despairing, but hopeful.

This post originally appeared at Good Letters on September 24, 2013. 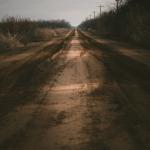 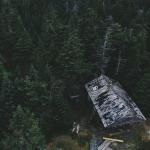 July 26, 2018 Rubble and Re-Creation
Recent Comments
0 | Leave a Comment
"I miss that dragon the most finally it's here. 😳IJ.636PX.CO/c7234i"
Dmaned11123 Poetry Friday: “The Burned Butterfly”
"Ah, so now the imaginary War on Xmas is transmogrified into The War on Santa, ..."
David Miller How to Win the War on ..."
""Aural" refers to hearing, "visual" to seeing"
merphd The Gutenberg Imagination
""It doesn’t matter when you start the Sinatra Christmas playlist or put up your tree. ..."
C_Alan_Nault How to Win the War on ..."
Browse Our Archives
Related posts from Good Letters