Taking Our Chances with Choice 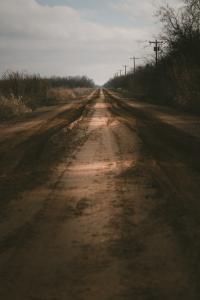 Contingency…subject to chance…uncertain…right down to the molecular level.
— Christian Wiman

It is one of the most confounding paradoxes of parenting: do we show our children, or do we tell them? From that question, of course, the nuance and degree of difficulty increase rapidly. When and how to show? When and how to tell?

Watching my sixteen-year-old son come of age as a cultural observer, I’ve found myself wanting to introduce him to films whose prevailing ideas are held together, however tenuously, by this meta-drama of show/tell.

In part, this explains why—during my son’s spring break, with no baseball practices or games filling up evenings and no Spanish vocabulary or algebraic equations to hone—we sat down for a viewing of No Country for Old Men.

Not so secretly, I also hoped to extract him from the video-game clutches of the ubiquitous Fortnite. Subconsciously, this father-son moment would connect me to the past: a childhood in Texas in the early 1980s, watching Westerns nearly every Saturday, accompanied by my dad and a large bowl of Cocoa Puffs.

Several years back I introduced the ten-year-old version of my son to the moral complexity of Clint Eastwood’s Unforgiven, where the sheriff’s authoritative badge and unethical behavior symbolized the convolution of “good guys” and “bad guys.” Now I felt ready to expand the philosophical range of his critical thinking skills, by way of the Western.

In truth, as strange as it might sound, I wanted to show/tell my son that the developing narrative of his life was more than the stuff of his own choices. In a word, it’s the stuff of contingency.

Notwithstanding their cult classic The Big Lebowski, No Country for Old Men is widely considered Joel and Ethan Coen’s magnum opus, winning the Oscar for Best Picture in 2007.

Geographically and aesthetically, the stark spaciousness and barrenness of West Texas are quite pronounced in the film. It’s a place nowhere near the dense forests and scattered man-made lakes dotting the East Texas vacations of my youth. Even the music of the film is sparse and No Country is often lauded for its effective use of little to no traditional soundtrack.

But complementing the film’s texture and tone is a story chockfull of one provocative question that permeates our existence: How much say do we really have? Many of No Country’s most affecting scenes tease out the modern skirmish that is the ancient battle between Choice and Chance. Call it in the air.

In a chilling, emblematic scene involving a coin flip, Anton Chigurh, the film’s villain extraordinaire, says coolly to the elderly Texaco owner: “Call it. I can’t call it for you.” Unwittingly, the friendly, unassuming owner is caught in the throes of unavoidable life-or-death consequences. He faces his choice even as he reckons with chance.

It is this quandary—this contingency—that I wanted my son to interrogate. And he was transfixed. Together we watched the scene build.

In putting the question to the older man, Anton shows no patience or mercy for the man’s description of how he arrived at this precise place in his life: a gas station/convenience store in god-forsaken West Texas. He married into it, the man says, almost without thinking.

For Anton, this casual answer is simply unforgivable, mostly because it’s an outright dismissal of human agency. Thus he proposes the coin flip, juxtaposing Chance with Choice. I lean over to tell the teenager sitting beside me: “He wants to give the store owner one more chance to choose.”

Later in the film, we enter the isolated confines of a hotel room. It’s another picturesque setting. Anton is turning the individual screws of Choice and Chance on a bounty hunter named Carson Wells.

Anton, Carson, me, my son—we all know that Anton will be killing Carson soon enough. “If the rule you followed brought you to this,” Anton muses, “of what use was the rule?” The fine point of his obsession is Carson’s choices. What was in Carson’s power to control is no longer in his power to control, as chance would have it.

As the story seeks its resolution, Anton tracks down Carla Jean, the wife of Llewelyn who made the original choice that set in motion these events by taking a briefcase of money he happened upon while hunting.

With Llewelyn dead and the money found, would Anton allow Carla Jean to move on with her life? I could see curiosity and hope, apprehension and hopelessness, written all over my firstborn’s face.

Sitting in Carla Jean’s bedroom, Anton greets her in the shadows of Choice and Chance. Once again, he puts the matter to a coin flip. But in a provocative twist Carla Jean refuses to “call it” in the air. In effect, she boomerangs the choice back to Anton, who apparently knows no other choice but to kill.

The story’s untidy conclusion often raises eyebrows and ire alike. My son’s assessment was mixed, including the understandable: “I have no idea what to think.” What are we supposed to think?

Driving away from Carla Jean’s house Anton, for all his ruminations and cold-blooded calculations, makes the reasonable choice to drive through a green light when out of nowhere his car is rammed by a driver speeding through a red light.

Our villain walks away, alive, but severely injured. It is indeed a peculiar kind of poetic justice, entirely befitting the intersection of Choice versus Chance, of Choice and Chance.

Watching No Country for the fifth time—my son’s first running parallel—I was reminded for the one-thousandth time that the power of choice seems akin to standing on a small plot of dry land when all around us a veritable sea of chance rages. Choice is but a momentary glimpse of control set within a story of relentless vagaries.

However, there might be another interpretive catch. As Christian Wiman explains, the capacity to choose is precisely what affords us the opportunity to befriend contingency—“to meet God in the havoc of chance.” All things considered, then, it really doesn’t take a coin flip: we (still) stand to win everything.

Nathan F. Elmore and his family live in Charlottesville, Virginia, where he assists in managing a boutique restaurant. He is also engaged in peacemaking initiatives between Christians and Muslims through Peace Catalyst International. His creative nonfiction and essays have appeared in the South Carolina Review, Christianity Today, Richmond Times-Dispatch and The Daily Progress.

About Nathan F. Elmore
You can read more about the author here.
Previous Post 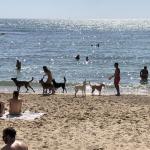 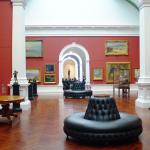 July 25, 2018 Life Is Short; Art is Long
Recent Comments
0 | Leave a Comment
Browse Our Archives
get the latest from
Catholic
Sign up for our newsletter
POPULAR AT PATHEOS Catholic
1