The Narratives We Need, Part 1 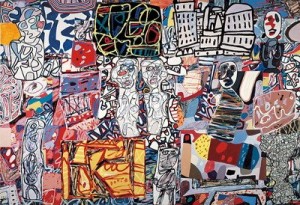 “Tell me a story,” my son has started to say after reading his bedtime books. The first time he made the request, I looked at him as I don’t do often enough, seeing the soft cheeks and hands already changing so fast for his three years, blue eyes looking at me with trust more complete than I could understand anymore. I looked at him with awe, awe for who he was, that he was, that somehow I had been given such a gift without deserving, and such responsibility.

“Tell me a story…” The first time he asked I was charmed; a moment later I felt a flash of panic.

The stories of childhood sink deep, said Kim Todd. “Each word falls like a stone to the muck at the bottom of the mind, unimpeded by currents of distraction or critical distinctions.”  These are the stories that will inform our lives, help us write the narratives of our lives, frame our experience, give us direction for grief.

The day my family made a trip to Bellingham, we sang “Puff the Magic Dragon” something like twenty times. Someone had just given us a book with the CD and most importantly, the words, so finally I could make it through more than the refrain, and my three-year-old son was as anxious to learn a story-song as I was to share one I remembered from childhood.

The same week I read a link from one of my favorite blogs with a quote from Jack Kerouac: “I pray to Jesus to preserve my sanity.” The blog went on to say that “those of us who fall on the more secular end of the spectrum might need a slightly more potent sanity-preservation tool than prayer.” And went on to discuss the importance of story.

Putting aside the obvious disdain with which the post dismisses prayer, this blog exploring the power of story appeared a week before a hand-me-down copy of Peter Pan became the favorite bedtime read.

Peter Pan steals away Wendy’s daughter Jane to Never-Never Land. Jane is disgusted with the idea of magic. She doesn’t believe in such childish things, and as Captain Hook and his henchmen gain on Peter Pan, Jane’s contempt causes Tinker Bell to become dangerously weak. The fairy cannot survive without belief.

Our culture has thrown out God and the Bible because believing a snake talked to two naked people and convinced them to get dressed doesn’t fit its test of literal truth, and because it has seen people professing belief using that belief to vilify and judge instead of love. I am glad some Christians are owning up to this complaint.

But having discarded these stories, these stories which must be studied and even prayed over to reveal their deepest wisdom—society is starved for metaphor. We’ve thrown out the baby with the bathwater. How do I help my son find the narratives he needs?

In the sand and hills of the Mediterranean, Jesus answered the hard questions with stories.

What stories inform us now?

When something wonderful or terrible happens, how do we understand it?

Neighbors of ours talk about their disillusionment with their evangelical upbringing. They wriggled out of what they were given into a secular but aware world. One morning we had them over for breakfast. One of them commented about the power of The Lorax by Dr. Seuss, and her frustration that it was being co-opted by a major car company.

How sad, I thought, for The Lorax to be the depth of meaning for someone. It seems a poor replacement for the old stories. Yet my neighbor is looking for something more. In her upset at the advertising adaptation, she is recognizing the spark of divinity in story, too.

C.S Lewis explained the power of allegory, saying that “moving from the concept to the image enriches the concept.” The something sacred in what we allow to pattern our minds and our hearts. Peter Pan is a story we are happy to tell, a story about the power of belief. “Puff the Magic Dragon,” too, is about community and belief, and what happens when belief dies: “One grey night it happened, Jackie Paper came no more, and Puff that mighty dragon, he ceased his fearless roar.”

Whether or not society recognizes the power of the stories it has decided to ignore, we are starting to talk about narrative again. Phillipa Perry suggests (in the above mentioned blog post): “Our stories give shape to our inchoate, disparate, fleeting impressions of everyday life…bringing together the past and the future into the present.”

She explains what believers have always known, as articulated by Rolland Hein in Christian Mythmakers: “People…cannot live without myth, nor can they reach full stature as people without true myths. Wrong myths destroy lives. Those only partially true effect the human spirit like disease.”

We have no choice about living in story, but we do choose, consciously or not, which stories those will be. This is our requirement, our responsibility.

Shannon Huffman Polson is the author of North of Hope: A Daughter’s Arctic Journey. Her essays and articles have appeared in a number of literary and commercial  magazines including The Huffington Post, High Country News, Adventum, Cirque Journal and Alaska and Seattle Magazines. She can be found writing or with her her family in Seattle or Alaska, and always at her website, Facebook, and Twitter.

July 10, 2013
Smiling Skulls: On Death and Diversion
Next Post

July 12, 2013 The Narratives We Need, Part 2
Recent Comments
4 Comments | Leave a Comment
"Ah, so now the imaginary War on Xmas is transmogrified into The War on Santa, ..."
David Miller How to Win the War on ..."
""Aural" refers to hearing, "visual" to seeing"
merphd The Gutenberg Imagination
""It doesn’t matter when you start the Sinatra Christmas playlist or put up your tree. ..."
C_Alan_Nault How to Win the War on ..."
"Yup."
Max Marvel Finding My Inner Calamity Jane
Browse Our Archives
Related posts from Good Letters