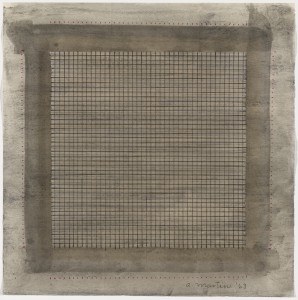 As he is evacuated from a battle zone, Chris Taylor—Oliver Stone’s protagonist in Platoon—marches us through What It All Means. Only minutes before, Stone the director exploded Stone the actor playing an embattled camp commander—using a suicide bomber, no less. There might be dullards in the audience, however, so Taylor explains that we are at war with ourselves. On Taylor’s head is the bandana of the movie’s Christ figure, juxtaposed with facial wounds that approximate the scars of its demonic figure. No matter, he must explain to us the duality of man.

Stone’s instinct to lecture is understandable. If readers can miss Flannery O’Connor’s symbolism, the same could be expected of anything less subtle. A woman gored by a god-like bull, Parker’s wife beating the face of Jesus on his back with a broomstick—this imagery is thick with Catholic dogmatism, but it’s lost on those ignorant of dogma and the heresies that shaped it.

Not that this bothered O’Connor so much: she believed symbols lose their richness when we undertake to explain them. Chris Taylor’s monologue at the end of Platoon, however, reveals that Stone’s mission is pedagogical, to “teach others what we know.” He’s not just making art, you see. He needs you to know what he’s learned.

In his essay “Against Epiphanies” Charles Baxter writes, “The loss of innocence and the arrival of knowingness, can become an addiction.” Because insight assumes something lurking behind the facade, and because it comports with both religious longing and conspiracy theories, it is “particularly suited to a culture like ours that thrives on psychotherapeutic models, paranoia, and self-improvement.”

Baxter’s essay is essential reading, but he pulls a sleight of hand, equating insight into how things really are with epiphany. Insight is, in his view, epiphany stripped of its religiosity. It is a counterpoint to falsity, whereas epiphany occurs when the hidden is revealed. This is a crucial difference; this is everything. Baxter ignores it.

And once Baxter has set aside dogma and awe as relics of a dying age, all that remains are individual revelations, which are scarce and fleeting, and quite often wrong-headed. Everything is false, yes, but we are false, too, and so how to trust our proclamations against the false? Stories with revelations are not to be trusted.

Worse still, the masses crave epiphanies. They seek them in their religion and their politics and their entertainment. Politicians and preachers excel at telling us What It All Means, so what artist wants to get caught up in that farce? The people who can string it all together in a tidy narrative are liars, and artists are supposed to be bold truth-tellers, and so you can see where this is going: down with epiphanies!

This is another way of saying: down with lies, and it’s absolutely right, because lies mixed with art yield propaganda and sentimentality. Down with lies.

This is at the heart of Stone’s message as well, and he shows that you can’t recognize a lie unless you hold a truth in your heart, if only a negative truth, such as: they have lied to me. Armed with such a bitter epiphany and little more, we see Stone’s filmography unfold into predictable, tiresome cant, and thus Baxter appears to be right: “A belief that one is a victim will lead inevitably to an obsession with insight.”

Who needs it, then, a revelation—be it secular insight or her churched-up sister, epiphany?

I confess that I do. I’ve been reading recently published short fiction—in journals, in anthologies. It seems that everyone took Baxter to heart. Perhaps I just got a bad batch, but it seems the order of the day is muddy ambivalence. How do I feel about my mother? My abortion? My boyfriend who is kind of there but kind of not? I don’t really know and I don’t know if I care.

Every protagonist seems medicated, every impulse dulled. I read one story that ended like that season of Dallas when they shot J.R.—this was all in my imagination. I read another that ended almost literally in mid-action.

I get it; I get it. Life is an accumulation of regrets. Your father probably will die before you set aside time to hash things out. Many of our deliberated actions are half-hearted or unsure or aborted. We stumble over ourselves and think we know things that later we don’t know and then we forget that we ever thought we knew them. Life is a big goddamned mess.

In Witness, Whittaker Chambers writes about happening upon a field covered in purple thistles, and hovering over these thistles a great many goldfinches. “The sight was so unexpected, the beauty was so absolute, that I thought I could not stand it and held to the hedge for support. Out loud, I said: ‘God.’”

He had discovered a truth, he wrote, that he would not recall for nearly forty years, but which brought his life meaning: “God and beauty are one.”

Not every story needs epiphany, but every life needs epiphany, and if we artists busy ourselves being true to life, then I think we have to be true to this longing as well. And maybe—every once in a while—let God break through.

But what do I know. I still believe in happy endings.

July 16, 2013 Holy Water
Recent Comments
7 Comments | Leave a Comment
Browse Our Archives
get the latest from
Catholic
Sign up for our newsletter
POPULAR AT PATHEOS Catholic
1