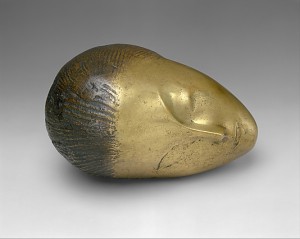 Where do literary geniuses come from? Or should the question be: Where does literary genius come from? Does genius live only in certain persons or can even a mediocre writer get a humble share? These questions are agitating certain sectors of American letters.

“No more appeals to the inexplicable nature of genius,” observe the editors in a recent issue of n + 1. “Poets now are music makers, not mythmakers,” laments Mark Edmundson, in a recent essay for Harper’s.

The n + 1 editorial is titled “Too Much Sociology,” and wrestles with the ambiguous legacy of the French sociologist Pierre Bourdieu who, in thick books with commanding titles like Distinction and The Rules of Art, developed a “sociology of taste” that attempted to map out the ways in which class and social standing determine artistic taste and creation.

His project was meant to be subversive, not merely descriptive; Bourdieu was a Marxist. And yet, decades hence, it seems as if those very same capitalist bourgeois forces that Bourdieu wished to subvert have adapted to his critique and even harnessed its power.

This, the editors write, is due to the “ambiguity of the demystification project itself,” which has led to publishers caring less about the value of a literary work, “since quality or standards are deemed less important than a work’s potential appeal to various communities of readers,” i.e., to different niche markets. “Thinking of everything as a scripted game show hasn’t led to change. Instead, sociological thinking has hypostasized and celebrated the script. Or to put it another way: hate the players, love the game.”

The editorial doesn’t leave us in despair, however. There is a response to the commodification of art, and that would be a return to purely aesthetic experience: “There is still…a space where the aesthetic may be encountered immediately and give pleasure and joy uninhibited by surrounding frameworks and networks of rules and class habits.”

But who could lead us to such spaces, and shepherd us into those experiences?

Probably not a contemporary American poet, if Mark Edmundson is right. Well, perhaps I exaggerate: Edmundson’s Harper’s essay, “Poetry Slam: Or, The decline of American verse,” is less vituperative than its title might suggest.

Contemporary poets are not all bad, but they lack something Edmundson calls “ambition.” Three qualities, Edmundson claims, are required to write superb lyric poetry. The first is the power of expression: the power to create music, images, ironic situations, etc. The second is the power to find a theme—the writer “must have something to say.” The third, and key, power is “ambition”: “[The poet] must be willing to write for her readers. She must be willing to articulate the possibility that what is true for her is true for all.”

Edmundson admires poets who, as he writes of Robert Lowell, look at the world “as through from outer space, like a graying weary seer, and pronouncing judgment.” Instead,  “American poets now usually do not seek to weave a comprehensive vision. No well-known poet seems inclined to think: Sex, politics, money, childhood—I need to get something down on all those or my vision of the world won’t be complete.”

The reason for this lack of ambition is due in part to the influence of theorists (like Bourdieu): “Poets should wise up. They should see the limits emanating from the theoretical critics down the hall in the English department for what they are…installments in the war of philosophy against poetry.”

I think “genius” is an apt term for what both the n + 1 editors and Edmundson are after. They both want to believe in the possibility that an artist will be able to break through the noise of our pluralistic, technological culture and create at least one singular universal moment of beauty and truth.

But where do we find such geniuses? To a certain extent, the n + 1 editors share Edmundson’s view that critical theory has had a negative influence—recall that they find the demystification project to be ambiguous.

But what are we left with if we follow Edmundson’s advice and ditch theory? He doesn’t tell us where to find the confidence required able to stand “outside the world judging the world,” or whether just anyone is capable of that sort of genius. He leaves us with a revivified notion of the Romantic Genius.

Moreover, he leaves us with a Prophetic Romantic Genius. His go-to examples of great poets are ones with a propensity to prophesy, like Lowell (at least, in the poem that Edmundson cites) and Allen Ginsberg.

I am always up for some wine and a loud reading of Howl, but I don’t think that the prophetic way is the best way forward right now. We lack the confidence of a Ginsberg or a Lowell because we lack their classical education and the thick literary culture they flourished in; we need to take baby steps. We need to go back to root experiences.

Instead of the Prophetic Romantic Genius, I propose a religious genius. This might sound like a loftier concept—a sort of pious romanticism—but it is actually a humbler one. It is based on what I find in the writings of Flannery O’Connor. O’Connor has been called both “religious” and a “genius,” and with her we have the advantage of being able to see what those two words meant for her art.

In her fiction, O’Connor is always after moments of grace: that is, moments of epiphany or revelation. (This is why I call the genius “religious”—because she is after a revelation.)

She creates characters, puts them into strange situations, and waits for a revelation to break into their lives. This usually happens through violence or an encounter with the grotesque. A philosophy PhD with a wooden leg discovers the depths of her weakness and longing for love only after being seduced and robbed by an atheist Bible salesman.

But even a story like that—strange and violent and fantastic—makes a universal claim about human experience, with the boldness that Edmundson asks for. The epiphany reveals, through a particular story, a truth available and useful for all.

There are secular writers who also write in this way. The James Joyce of Dubliners is an obvious example, as is (as I wrote in Image a few months ago) the David Foster Wallace of The Pale King. Perhaps the way forward in American literature is for writers to scour their experience for these types of epiphanic experiences.

It would require a humbler take on literary genius. The genius will be seen not as a creator, or god, but more like a seeker—that is, a human being.

Santiago Ramos has written for Image, Commonweal, First Things, and the Kansas City weekly, The Pitch. He is a doctoral candidate in philosophy at Boston College.

August 16, 2013 Fast-Food Funeral Procession
Recent Comments
1 Comment | Leave a Comment
""It doesn’t matter when you start the Sinatra Christmas playlist or put up your tree. ..."
C_Alan_Nault How to Win the War on ..."
"Yup."
Max Marvel Finding My Inner Calamity Jane
"I an confused by the use of "aural" here: "In The Gutenberg Galaxy, he explained ..."
William G II The Gutenberg Imagination
"My friend is looking for a Pepper Smith he served in the army with, was ..."
Christine Budnack The Love Song of Pepper Smith
Browse Our Archives
Follow Us!