Only God is an Atheist, Part 1 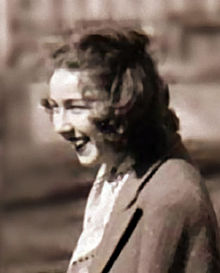 When she was twenty-one years old, far from home and as yet uncelebrated, Flannery O’Connor began keeping a journal to God. For the many who were moved by reading her correspondence with friends and admirers—a correspondence collected in The Habit of Being—the first publication of O’Connor’s journal in the September 16, 2013 edition of The New Yorker is a chance to revisit the workings of her mind.

Much will seem familiar. Always a seeker of knowledge, she nevertheless exhibits her characteristic wry wit regarding the limits of such pursuits: No one can be an atheist who does not know all things, she says. Only God is an atheist. The devil is the greatest believer & he has his reasons.

But much will also seem new. In the journal, the young writer speaks to God in direct address. And unlike the letters, which were always meant for at least some type of public audience—if only that of the addressee—the journal was likely never meant to be seen. As such, the candor found there unveils a raw, youthful side to the otherwise tough, wise-cracking, and often cocky, O’Connor—a side that to my knowledge was seldom shown in her correspondence.

In the balance of this two-part post, I will comment on some of the passages that are particularly striking, arranged by topic. Today, I will focus on her prayers about writing.

With only one story accepted at the time of her journal (1946), O’Connor displays both zeal and anxiety about her vocation:

I want very much to succeed in the world with what I want to do. I have prayed to You about this with my mind and my nerves on it and strung my nerves into a tension over it and said, “oh God, please,” and “I must,” and “please, please.” I have not asked You, I feel, in the right way. Let me henceforth ask You with resignation—that not being or meant to be a slacking up in prayer but a less frenzied kind, realizing that the frenzy is caused by an eagerness for what I want and not a spiritual trust. I do not wish to presume. I want to love.

The familiarity of such desperation is keen to all those who keep writing past the dilettante phase. Of course, the publishing world now is vastly worse than in O’Connor’s day; the ever-dwindling market for creative works is barred by gatekeepers who demand months-long exclusive readings, and blithely respond, if at all, with curt boilerplate: “while there was much to admire in these pages…”; “this does not meet our needs at the present time”; and the nastily dismissive: “it’s simply not for us.”

So O’Connor’s desperate calls for heavenly intervention are deeply resonant. Our pleas of please are all but screamed, as though God’s attention must be captured; as though he must be distracted somehow, since there’s no other explanation for the breathtaking speed with which the ever-towering failures come.

But what the writer speaks of here is that such tumult is not the right way to approach God on these matters. It smacks of a demand upon God, suggesting that his concession must be granted, given how deeply earnest the prayers are and how terribly hard the supplicant has worked.

Whether O’Connor was ever able to achieve the state she sought is unknowable, and moot, since her prayers were answered anyway. But it is the coupling of love with resignation that takes lesser souls like mine aback. That correlation—that if one loved more, he would not presume so much—implies that love allows for trust regardless of how things fall out; and trust does not exhibit itself in panic, in screams, in claims of desert.

Even in her youth, O’Connor knew that desiring to be a better writer, and to be an accepted writer, was not a matter of worthiness. She says:

That [publication] is so far from what I deserve that I am naturally struck with the nerve of it…. If I ever do get to be a fine writer, it will not be because I am a fine writer but because God has given me credit for a few of the things He kindly wrote for me.

Right at present this does not seem to be His policy. I can’t write a thing. But I’ll continue to try—that is the point. And at every dry point I will be reminded Who is doing the work when it is done & Who is not doing it at that moment.

This conviction—that good work must be infused with grace—became her strongest principle. She concedes that she is only the medium for the telling, and prays for a constant realization of that fact: Don’t let me ever think, dear God, that I was anything but the instrument for Your story—just like the typewriter was mine.

Setting herself at odds with the schools of realism and naturalism that have so utterly won the present day, she prays for the ability to get God’s own power into the narrative:

Oh dear God I want to write a novel, a good novel. I want to do this for a good feeling & for a bad one. The bad one is uppermost. The psychologists say it is the natural one. Let me get away dear God from all things thus “natural.” Help me to get what is more than natural into my work…

The supernatural, transcendent grace indelibly marking epiphanies such as those of the grandmother in “A Good Man is Hard to Find,” of the imperious Asbury in “The Enduring Chill,” and of the jovially complex Ruby Turpin in “Revelation,” are evidence that her prayers were finally met. To use O’Connor’s image, the Holy Spirit resides in these and other stories like a “great, crow-filled tree,” looming and portentous.

Apparently, at some point—and to our great benefit—it seems that God decided to change his policy.

October 23, 2013 Only God is an Atheist, Part 2
Recent Comments
25 Comments | Leave a Comment
Browse Our Archives
get the latest from
Catholic
Sign up for our newsletter
POPULAR AT PATHEOS Catholic
1