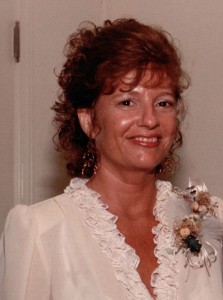 My mother’s tears always put a knot in my gut. Once as a boy I fell asleep on her bed, and woke to her weeping. On the television were men, some in brown uniforms, some wearing white sheets. They stood shouting in the parking lot of our local library. The next day Mama put a letter in our mailbox, and the newspaper published it. A week later, angry people were calling our house. Mama argued with some, hung up quickly on others. I beat her to the phone once, and a woman asked: “Just what is your mama’s problem with the Klan?”

Only God knows what my mother would have done to that woman, had she possessed the power to reach through the phone.

Years later, I wrote something that enraged a cabal of neo-Nazis. They circulated pictures of me and my son on their website. “One day,” Mama warned me, a mixture of frustration and delight in her voice, “you’re going to write something that will get you shot.”

She used to marvel at my stubbornness, as if it were some mysterious property that had settled unaccountably under my skin.

The weather had finally cooled, which often summons a memory of the summer we lived in tents in Tennessee. My brothers and I lived more in a nearby lake than out of it. We sweated through that summer and there wasn’t much money and I thought maybe we would live in tents forever. One night my mother took us to a cool, dark theater, where we watched “Grease” and I fell in love with Olivia Newton-John. I don’t know where Mama got the money, but what a blessed night she gave us.

I knew too many days were passing since her plaintive call, and I really was going to return it, but not before my eight-year-old’s laser-tag birthday party. Not before our drive to the beach, where we would stay in a house, not a tent, and my kids would be indulged too much, because when I give them things it staves off knowing what my mother must have felt all the times she couldn’t give to us, and ignoring that truth is essential to the self-pity I like to sustain when I look back on my childhood.

I know a son is supposed to call his mother. I can’t say exactly when, but sweet Christ, I swear I was going to call.

The second call came not from my mother, but from her companion. We came to the E.R., he said. We didn’t know what was wrong but she was in pain. Now she’s in arrest and they’re using the paddles. It doesn’t look good, mate.

My mother’s companion has a British accent. He calls you “mate” even when you’re a jerk who doesn’t call your mother.

“Can I talk to her? Can you hold the phone to her ear?”

They’re working on her. There are tubes and a respirator and too many people moving around. Can’t hold the phone to her ear, mate. Best call your brothers.

I called my brothers and though I’d made my heart a stone toward my mother, I begged God not to let her die this way. Not before I could tell her some true thing that is also what she needs to hear. I begged God and a few hours later the doctor called for permission to let her die. There’s no hope of recovery, he said. We’ve restarted her heart and filled her with fluids and if she feels anything that thing is discomfort. No, even if you were local, you couldn’t make it here in time.

I asked him not to let her thirst to death and he promised they would not, they would simply withhold the steroids and heart shocks; they would push morphine and make her comfortable.

I know from my daughter’s cancer fight that “make her comfortable” is a euphemism for “let her die.” But he promised no suffering, and this is no small promise.

When my daughter was dying in agony, Mama was the one who helped me give the doctors permission to stop saving her. “You know what you have to do,” she said. She’d nursed hundreds through cancer. She saw the suffering we living inflict on the dying.

So they commenced making Mama comfortable, and I asked if someone could hold a phone to her ear. Someone did and I told her I was sorry I didn’t call. I’m sorry I haven’t been a better son. I’m sorry and I love you and I’m thankful you are my mother.

I told her these true things, but I called too late and all that remains is to speak into the air, speak across some expanse only God knows, speak and now sit the long regretful wait, praying peace, blessed peace, peace for the living and the dead.

October 22, 2013 Only God is an Atheist, Part 1
Recent Comments
8 Comments | Leave a Comment
Browse Our Archives
Follow Us!