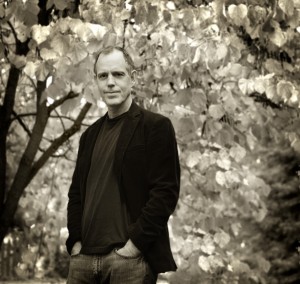 This interview with singer-writer David Wilcox, whose new album blaze released this week, is continued from yesterday.

Shannon Huffman Polson: So many people are writing—and reading—dystopia right now, at least in the world of literature. “Oil Talkin’ To Ya” has a more positive vision of the world. How have you been able to transcend what seems to be in vogue of the hopelessness relating to the current challenges of the world?

David Wilcox: The idea I tried with “Oil” is from someone who lives off the grid and charges his car from solar panels—he feels different because he lives in possibility, the possibility that if we make a lot of really good decisions things could be different, we could get along with the energy economy we see in the natural world. Being around him I saw that he has access to a hope I don’t because he switches on a light pulling energy from a grid he is both giving to as well as taking from.

I do love a song that has done something with the information, that’s not just watched the news and reacted in fear, but has made some emotional alchemy with the material. Songs need to do the work and get to a place beyond a fear response. It’s still my job to consider how I’ll react to this. It’s entertaining or at least distracting to look at life as a series of terrible things, but I don’t like the experience of being in that space as much as the space where I’ve taken the time to think it through.

SHP: I love that you make recommendations for your music based on what a listener might need. One of your favorite categories of song is about living your faith unrestricted by religious institutions. How does faith figure into your songwriting and your life?

DW: For me the time when life is both deep and high is when I’m challenged by my faith journey to up the ante, to walk into a situation where I’m feeling like I don’t belong, and work to make the story bigger.

I love it when my heart is challenged to love beyond my understanding. Religion shares its roots with the word ligament, in how we connect, making our world bigger than any theologically gated community. It’s a journey that is not about making a fortress, but about going out arm-in-arm into the world we might perceive to be hostile and different.

Part of turning-the-world-upside-down that this walk of faith does is both frightening and humbling, but more powerfully it is welcoming and makes us feel that we have a lot of brothers and sisters. Anytime someone asks who my neighbor is, things get really interesting.

If I’m really accountable to these epiphanies, these wonderful glimpses of how my heart can see the world, I can be more at home and more alive. Faith only matters—a religious practice only matters—when it takes us to the edges of that practice, teaching us how to behave in those counterintuitive ways, a more complex behavior than just fight or flight, making us live outside our own skin.

When you travel you learn to appreciate your own language; it’s the same when you get to the edges of your own people. The wonderful beauty and irony of religious traditions is when they are out beyond their jurisdictions, out past the edge, that’s when you see what they’re really made of. Is there a teaching out there that changes people and makes them more human? The practice of walking past the gate, outside of the safe area, is where the religious journey begins.

My favorite song about this is called “Castoff.”

It’s a funny little story about when we just started our two-year Airstream trip, and our son had just broken his arm, but he really wanted to wade in the ocean. Of course his cast got wet and he had to go to the doctor who took his cast off, and the doctor said it was almost healed enough to remove.

My son was worried; he realized he could barely move his fingers and assumed he needed to keep his cast on, until the doctor explained the idea of atrophy to him. He couldn’t move his fingers well because he’d been in a cast.

The cast becomes the walls and the institutional mandates—if you don’t know about the atrophying—if you don’t know that about our own religions we might stay too far inside the safety and not see that our religion is trying to teach us to reconnect with the world. Staying inside the walls continues the process of atrophy.

People stay inside and they are afraid of life itself, afraid of this world we are given. My songs help me to reframe these stories so that assumptions become questions to lead people outside of themselves.

SHP: Your new album blaze is just out. What did you think about the songs you included and how you wanted the album to work as a whole?

DW: I love putting together songs at the end of a season and looking at what this chapter of my life has taught me. That’s what an album does for me. Sometimes you get lucky and there is one thing that drives the record—a heartbreak, getting sober, whatever. In this case, it wasn’t just one thing, but it felt to me like if there was one major thing it has probably been subtle, a better practice of dropping out of busyness and into my hurt, physiologically describing an opening into the present and a way to feel more connected in my body and in my life.

The song about the cross-country bicycle trip is about being in the moment, the way you get to the Pacific Ocean is by watching the road ten feet in front of you. It’s blissfully easy on the bicycle—I’m practiced at it. The other songs are all about being present in the rest of my life, looking at the places where I get hung up and I want to work on practicing this.

March 3, 2014God For Us An Interview with Beth Bevis
Recent Comments
0 | Leave a Comment
Browse Our Archives
get the latest from
Catholic
Sign up for our newsletter
POPULAR AT PATHEOS Catholic
1