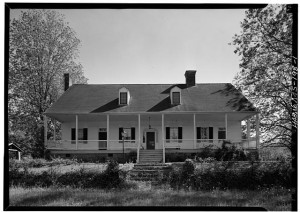 My grandmother, Irene, whom I grew up calling “Big Mama” was born 1902 on Dunbarton Plantation (or was it Stonewall?) in Holmes County, Mississippi, the eldest of eight daughters of a not-rich cotton planter—whom, I have been told by elders outside the family, was regarded as somehow not quite socially acceptable. His wife, my great-grandmother, was born into one of “good” families of the Delta, and had married, as they said back then and maybe still do, “down.”

And whatever constituted that judgment, my grandmother still bore the tender sting of it by the time I came on the scene, some seventy years later. My grandmother attended a couple of years at a Methodist college, worked at a doctor’s office, and then at twenty-one, after an earnest lunchtime courtship in downtown Jackson’s Smith Park, she married my grandfather, a telegraph operator for the Illinois Central Railroad who left school after the eighth grade.

The decade afterward was a haze of babies being born: all were girls. My mother Gloria was designated to be the “boy,” although my aunt Billie, the change-of-life baby born later in 1939, got my grandfather’s name. The family moved from one rented house to another—including a move from the Delta after the Great Flood of 1927—until they finally landed in Canton, Mississippi, and stayed.

During the Depression, my grandfather was laid off by Illinois Central and was put on something called the “Extra Board,” which could call him on short notice to work where needed, anywhere between Chicago and New Orleans. My grandmother was left in their apartment to tend to their three daughters, and on the occasion when a colleague of my grandfather’s, fallen on hard times, appeared at the door, she huddled with the girls in one bedroom, and let the man stay in the other for the night.

“We always had food on the table,” my mother always said with satisfied conviction, as if anything else in life was just lagniappe.

There’s a story of endurance and strength, and motherly sacrifice, in my family’s lineage that tends to get discounted in today’s era of “well-behaved women rarely make history.” Do not mistake those virtues, however, for any kind of retiring or modest saintliness on my grandmother’s part.

When I was growing up, my grandparents lived in the same two-bedroom duplex where they had lived for decades. It was a lower-middle class life, but to employ that Marxist term seems inexact in a culture where virtues and behavior, real or perceived, counted as much as mere money.

My grandparents were esteemed members—pillars, even—of the community, congregants of the white-pillared First Baptist Church. They sent their first three daughters to junior college in an era when few women pursued any higher education, and their last daughter received a BA.

And yet Big Mama, true to her name, radiated something far larger than her circumstances, a dissatisfaction with the status quo that manifested itself in a general disposition that always seemed to me to be passive-aggressive generosity and occasional exasperation. Her expectations for her children and grandchildren were voluminous; her will was giant and operatic. In that sense, my mother—who really deserves her own story—followed directly in her footsteps.

Growing up as her grandchild and as my mother’s daughter, I believed that it was entirely possible to envision writing off to an expensive school up East on notebook paper from the K+B drugstore and asking them to give me a scholarship to attend there, thousands of miles from home. There was nothing that would be off-limits to me, if I dared to will it so.

This was an attitude that was greatly in contrast with what I saw among friends’ families from similarly modest backgrounds, who were cautioned instead not to rise above their stations, in spite of their working class pride.

Big Mama’s giant will, however, did not coexist with a temperament that was stereotypically grandmotherly. She made wonderful oatmeal cookies and had a gumdrop tree on the sideboard at Christmas and I knew that she loved me, but she was not cuddly.

Many of my cousins had a far warmer relationship with my grandmother than my siblings and I did, owing to some unspoken hurts of my mother’s that I still do not understand, but all of us would agree, I think, on her larger-than-life presence. She was a force, perhaps the Force.

“You know, you’re not a happy child,” she remarked to me in one damning moment that can haunt me still. To which the forty-five-year-old me thinks, it takes one to know one.

And yet I think of her now chiefly with forgiveness and affection. Years of commemorating her among the dead, as Orthodox Christians do, have helped me sense some of the sorrows she was guided by, and of which she never spoke. I think of the word “salvation,” and how its root speaks not only of being saved, but of a “salve” for suffering.

And I am also, I realize now, her creation: It is her voluminous will I have. An expectation that pushes me to drive my son to Cotillion across town, to drive through bad neighborhoods at night alone, to dismiss the naysayers and those who just can’t get it right (I didn’t say this was a Christlike attitude), and not to be fearful and retiring.

To be a witness of the past, and a beacon of the future. In other words, I am her legacy.

September 29, 2014 Jesus and the Junkie in My Car
Recent Comments
0 | Leave a Comment
""Aural" refers to hearing, "visual" to seeing"
merphd The Gutenberg Imagination
""It doesn’t matter when you start the Sinatra Christmas playlist or put up your tree. ..."
C_Alan_Nault How to Win the War on ..."
"Yup."
Max Marvel Finding My Inner Calamity Jane
"I an confused by the use of "aural" here: "In The Gutenberg Galaxy, he explained ..."
William G II The Gutenberg Imagination
Browse Our Archives
get the latest from
Catholic
Sign up for our newsletter
POPULAR AT PATHEOS Catholic
1