The Machinery of Cowardice Fails the Children of Rotherham 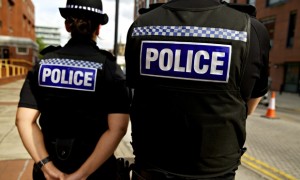 My children once heard someone address me as “Doctor,” and so they asked me if I am the kind of doctor who helps people. I told them no, I have a PhD. I told them I’d studied why smart people do dumb things in groups. It interested me at the time, but when I see the headlines coming out of Rotherham, England—hundreds of children systematically raped and otherwise brutalized while authorities did nothing—I think the problem isn’t smart people collectively behaving like fools, but decent people becoming cowards.

The details of this tragedy are varied enough to whet any axe: the ethnicity and religion of the perpetrators; their targeting of impoverished children; fear by authorities that cracking down would lead to accusations of racism; the notion among police officers witnessing gang rapes that the victims—some of them as young as eleven—were willing participants; the concurrent persecution by child welfare authorities, even as they ignored these crimes, of foster care families whose political activities were deemed unsavory. The entire story sparks rage and it invites despair.

I am always curious about the decision processes of authorities in the midst of such atrocities. How can an infrastructure of ostensible protection become so dysfunctional that it overlooks mass rapes of children for a dozen years?

The easy answer is that authorities were lazy and indifferent. But goodness, were they busy. Most of the attention given to a new independent report  has focused on its recounting of child abuse. It also chronicles, however, a bureaucratic odyssey. As best I can piece together, 36 government agencies and interagency groups worked on the problem of child sexual exploitation in Rotherham. They had names like “Sexual Exploitation Forum,” “Area Child Protection Committee,” and “Rotherham Drugs Partnership.”

These noble groups engaged in conferences beyond number, they offered training and presentations to one another. They hired more professionals to address the problem, with job titles like “Safeguarding Coordinator,” and “Ethnic Minorities Development Officer.” A Change for Children agenda emerged, and with this a Community Safety Strategy, and a National Action Plan.

The police, meanwhile, conducted six operations that, despite their militaristic monikers, yielded fewer than a dozen arrests. Interviews indicate, however, that any child from the terrorized neighborhoods could name for you what taxi drivers to avoid, what streets not to walk.

Because modern government officials are expected to maintain an aggressive patina of business sense, all these efforts were subjected to frequent assessment and review. The police were found to be caring; the bureaucracy’s leaders were visionary, committed, and deeply concerned for the children; the functionaries beneath them were hard-pressed and competent, though their reports were inadequate. More communication and interagency working groups, the assessments said. Higher funding, they urged. Two reviews even declared that the children basking in the good intentions emanating from this beadledom “appear to be protected.”

Only perhaps it shouldn’t be a shock, because anyone could see they were too busy working for the children to save them. Amidst all the convening of working groups and pushing of paper and training of trainers, it must have felt to them like the machinery was moving, wheels were turning. The machinery conveys an illusion of purpose, of action, of wisdom from above.

Even if a human cog in this apparatus felt misgivings, he might have consoled himself that he was doing his part. What’s more, while the machinery may not know what to do with predators in the community’s shadows, it does know what to do with a squeaky cog. The cogs looked obediently upward for decisions, and their machinist overlords yanked levers to evoke improvements.

And the children beyond their dim corridors were devoured like meat.

Some people will get sacked now, because we need this to be a problem of individual malfeasance. It has to be the fault of someone in authority, which isn’t any of us, not any more, because we’ve outsourced the shepherd’s job. We parents and citizens have passed it to the experts, because surely something so important as safeguarding children shouldn’t be left to amateurs.

So now begin the recriminations, and amidst these the bureaucracy will double down on awareness, on policymaking and interagency dialogue. New vigor will be breathed into officials pronouncements like this one, from the UK Department of Education: “It is important that all young people develop the knowledge and skills they need to make safe and healthy choices about relationships and sexual health.”

Mmm, awareness—it just feels so reassuring, so measured and clinical. We’re in the well-trained hands of the professionals now, who assure us that if we know more, talk more, ponder more fact sheets and consume more webinars, these things needn’t happen. Because the reason a thirteen-year-old has sex with her boyfriend’s acquaintances while he collects cash from them, and the reason her father has no knowledge of her whereabouts, is because not enough brochures have been distributed.

It’s all a slow kind of death, of community and of the spirit, but no one is to blame, there are none to blame, there is only the machinery of cowardice, humming and purring, lulling us into somnolence, until even the cries of children are beyond our hearing. 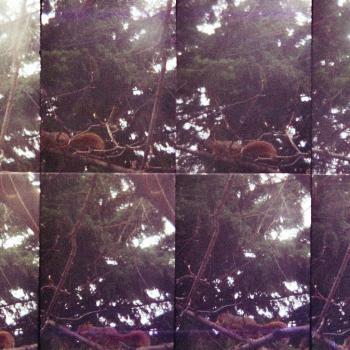 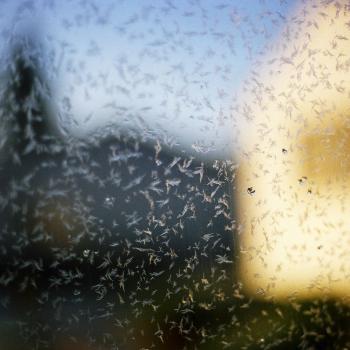