How to End an Era 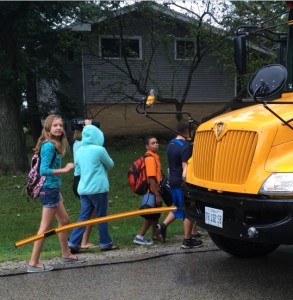 We’re supposed to shake our heads when Daisy Buchanan, considering a summer solstice celebration on her East Egg porch, turns to Nick Carraway, and asks, “‘What’ll we plan? What do people plan?’” But I get her helpless bewilderment all too well.

I grew up in a family that doesn’t mark life’s transitions with much ceremony. My mother visited a courthouse for all three marriages, no pictures to show for it. When her parents died, she and an uncle or two I’d never met threw ashes in the ocean. Funerals were silly when a person’s spirit no longer resided in the body.

As if funerals are for the dead.

Even my move to college was completed without fanfare. I packed my car, drove to campus by myself, and set up my bed and shelves in less than an hour. When I watched the other students emerge from the dorm lot flanked with camera-toting parents and siblings, I smirked. You can’t even move into a small room without your parents’ help? I thought. This is college!

It wasn’t until I talked with a therapist ten years later that I understood I was the odd one. “It’s not that they couldn’t move into a room themselves,” she explained. “The parents came to mark the event.” I stared at her. Moving into the dorm was supposed to be an event? That had never occurred to me.

A couple weeks ago, I put my two younger kids on the elementary bus for first and fourth grade. A half hour later, my oldest boarded the one for middle school. That morning would mark the first time all three of my children would attend school all day, my first year home with no kids. Like the other sixth-grade moms, I took some pictures as my tween rolled her eyes.

The bus took off, and I stood in the silence. My close friend Katie, who lives three doors down and had just taken a job in response to her own three children attending school all day, started walking toward her house.

“I need to leave soon. But wanna sit down for ten minutes?” she asked.

I hadn’t really planned anything for this moment. What do people plan?

We sat in her family room, the room where we’ve clocked probably several thousand hours of conversation since I moved to the neighborhood nine years ago. We talked about how hard it was to get the kids up that morning after the long summer. We talked about their lunch-packing foibles. We talked about her wardrobe for her new job.

As she began taking inventory of her outfits, I watched her face, which I’ve stared at for so many years: sky-blue eyes, coffee hair, radiant cheeks. She looked no different than she did in 2005. Did it really happen? Did nine years just pass?

She enumerated the pros and cons of her gray cargo pants, and I looked down at the floor. The first time I came over for coffee, our second-borns were babies. We put them down on a blanket with some toys. I pictured them gnawing on rattles–I can still see the red one with a cow’s face and yellow spots–and burst into tears.

“We just put them on the floor,” I sobbed, and Katie, knowing exactly what I meant, started crying, too.

“I’m not ready,” she snuffled. “I’ve a closet full of craft projects we never did.”

We cried. A lot. The kind of crying that contorts the face into gargoylean shapes.

“Just last night I yelled that I couldn’t wait for them to get on that bus!” I wailed. “So what’s the matter with me?”

It was true. They’d been fighting and throwing sharp objects into one another’s rooms. And I’d been looking forward to this transition for a long time, anyway–the chance to write, accomplish new goals, and increase my income.

“It’s not so much that they’re gone today,” Katie said. “It’s that we’ve ended an era.”

We had ended an era, yes, but I hadn’t thought about how to do it.

Katie left for work, and a little while later my friend Cathy, who had texted me earlier in the week asking for moral support on the first day of school, came by. I had read her text to my husband. “Moral support?” I scoffed. “I’m gonna be popping champagne at 8:05!”

But I took one look at her and started crying all over again. She drove me through McDonald’s to buy me a  whippy coffee thing, my drink of mourning. Without much speaking, we knew that following garage sale signs would be the quickest path to healing.

When we walked up a driveway dotted with toddling children, my heart stopped. I caught myself looking in the street for a child, turning to grab someone’s hand around the fragile items.

We started digging through clothes laid out on a card table, searching for shirts for our oldest daughters. Both lanky sixth graders who had taken to blue eye shadow in the past week or so, they held fashion to an increasingly higher standard. But I’d gotten good at garage saling over the years, pulling necks to check sizes, scanning for stains, and discerning the stores of origin.

I didn’t want it to stop, this once mundane task of finding a clothing bargain for my kids. Like Daisy Buchanan sobbing into Gatsby’s pile of shirts, I gathered them in my arms, so many beautiful Aeropostale T’s in pink and purple and blue.

That was how I ended my era as a stay-at-home mom. I didn’t plan a formal ceremony, lunch, or scrapbook, but sobbed with friends. I scraped whipped cream off the side of a plastic cup and held a young woman’s fabric to my face. I gave myself permission to feel and fall into the mess of things like I had all the silly time in the world.

September 12, 2014 The Machinery of Cowardice Fails the Children of Rotherham
Recent Comments
0 | Leave a Comment
Browse Our Archives
Follow Us!