Emmy Watch: This Is Us 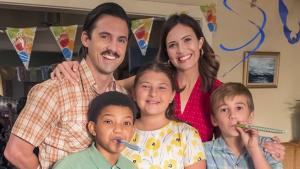 This Is Us. This is Adoption.

Open adoption, in which a child’s birth family and adoptive family arrange to have some sort of contact, from sharing basic background information at the time of adoption to writing occasional letters to taking vacations together, has become the norm with domestic adoption.

Although the majority of social workers and child development experts agree that open adoption is an improvement over traditional “closed” adoption, many people still don’t understand how it works or the intent behind it. Sometimes they get downright squeamish.

When my husband and I were first considering domestic open adoption over a decade ago, we received our fair share of wide-eyed nods and awkward silences when sharing our plans with others.

One friend came right out and said, “Sorry, that’s just too weird for me.”

An older relative expressed concern about our son’s birth mother “coming back for him.”

Some people see open adoption as a form of glorified babysitting. In their eyes, you’re never the “real” mom or dad.

It’s ever harder to find positive depictions of adoption in popular culture. From Problem Child to Despicable Me to the horror movie Orphan, adopted children are portrayed as misunderstood nuisances, if not sociopaths; their adoptive parents hapless or sinister bystanders to the dysfunction.

Even more sophisticated scripts, like the movie The Royal Tenenbaums or the TV show Arrested Development, use adoption as a plot gimmick, joking about not-technically-incestual relationships between siblings who don’t share the same genes.

Juno, in which the main character has virtually no emotional connection to her baby, removes the very real pain of loss birth mothers experience when making an adoption plan. However, it is commonly cited as a positive portrayal of open adoption.

But now there’s This Is Us.

Beginning its third season, the Emmy-nominated NBC drama devotes serious time to exploring the emotional complexities of relationships among adoptive and biological families.

I’m not sure if I should call out a spoiler alert—we learn all these things during the first episode—but here’s the main adoption story in brief: Randall is abandoned at a fire station in Pittsburgh, taken to the hospital, and adopted by Jack and Rebecca, a couple who arrive at the hospital pregnant with triplets, give birth to two, and lose one.

Thirty-six years after the Pearson family comes home with their newborn “Big Three,” Randall finds his biological father, shows up on his doorstep in a slum apartment building, and begins a relationship.

A couple of episodes later, we learn that Rebecca had known about William, even made a “deal” with him to squelch any chance of contact with Randall.

In what I believe to be one of the most important—and wrenching—moments of the show (S1: E9 “The Trip”), Rebecca visits William when Randall is around nine-years-old. She tells William that Randall has been asking about him. At the prospect of meeting his son, William becomes giddy and rushes off to find the poetry he’s written for him over the years.

Just as I want every kid in the world to watch the “Peekaboo” episode from Breaking Bad as an antidote to trying meth, I want everyone who has ever doubted the importance of open adoption to watch “The Trip,” and watch it carefully.

Yes, some biological parents are not equipped to raise their children, which is why they make these difficult decisions in the first place. But as biological parents, they deserve recognition, if not a real connection, for no other reason than literally sharing a part of their life with a child.

Nelena, my son’s biological grandmother, recently finished watching both seasons of This Is Us. I wanted to know how she felt about the portrayal of adoptive and biological relatives interacting.

Of course, no two situations are the same. Our arrangement has been open from the beginning, and the cross-racial dynamic that so impacts Randall’s identity does not apply to our family. But nevertheless, many of the same emotions remain.

“I could relate to his leaving the baby at the fire station,” Nelena told me. “It reminded me of all the feelings we had that day when we released Samuel to you. You know you’re doing the right thing, but your heart is being ripped in two. Will was an amazing person who stumbled into some cruddy stuff. He genuinely loved his son but knew he wasn’t able to provide for him.”

William watching from afar as the firefighter finds the baby, then watching as Rebecca exits the hospital with Randall in her arms: hope and heartbreak.

Our watching Hannah, Samuel’s birth mother, walk down the hospital hallway after leaving him with us in a blue and yellow “going home” outfit she picked out for him herself: hope and love for this new child in our lives, but heartbreak in watching her leave a part of her life behind.

Most people who get to know our family, or any adoptive family, eventually understand that it’s good for adopted children to know about their biological parents whenever possible. Sometimes an ongoing relationship can work, and sometimes it can’t. But the fewer unanswered questions about his or her biological roots, the better off the child.

What many people don’t consider is how that connection can be good for birth parents as well. As William finally gets to know his son decades later, we watch his spirit come alive in his sick and tired body. He gets to know his grandchildren, teach his son about living his best life, and finally get behind the wheel of a car.

This Is Us teaches us about protecting and parenting children, but it also teaches us about loving and understanding parents. Even adults need to be cared for, to see how important they are in this world, and to know that they are never forgotten.

In the week leading up to the 2018 Emmy Awards on September 17, Good Letters profiles some of the major nominees. This Is Us has been nominated for 8 Emmys including Outstanding Drama Series, and two nominations for Outstanding Lead Actor in a Drama Series. 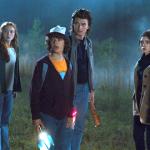 September 11, 2018 Emmy Watch: Stranger Things
Recent Comments
0 | Leave a Comment
"Ah, so now the imaginary War on Xmas is transmogrified into The War on Santa, ..."
David Miller How to Win the War on ..."
""Aural" refers to hearing, "visual" to seeing"
merphd The Gutenberg Imagination
""It doesn’t matter when you start the Sinatra Christmas playlist or put up your tree. ..."
C_Alan_Nault How to Win the War on ..."
"Yup."
Max Marvel Finding My Inner Calamity Jane
Browse Our Archives
Related posts from Good Letters