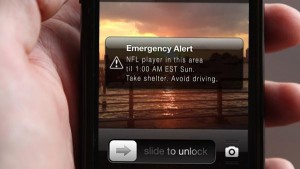 I gave up sports for the same reason I gave up politics and pornography.

I was once in a political party, not because I felt any great affection for it, but because the aims of its chief opponent constitute a recipe for civilizational suicide. I still suspect as much, but I long ago became an Independent, because I concluded that associating myself with a political party was a moral act, or rather an immoral one, given the criminality, corruption, and prevarication engendered by its leaders.

This is also a reason I stopped watching porn—because viewing it not only corrodes one’s soul, it sustains the market for predation and debasement. The same, I’ve reluctantly concluded, can be said about viewing big-money sports.

Now, let’s not quibble over semantics; I know the Canadians spent millions on a national curling center, that parents of gymnasts fork over thousands for training, and so on. By “big-money,” I mean the sports swamped by wealth, and by its concomitant power over our hearts.

A power that induces fans to overlook thuggery, that induces college officials to cover up child molestation rather than jeopardize their football franchise, that encourages millions of boys to waste years perfecting the throwing and bouncing of balls at the expense of basic math and grammar skills.

Dispensing with semantic obfuscation, let’s also set aside the popular defense of this national obsession, which is that throwing or catching or kicking a ball in front of shouting adults “builds character.” Data from the Josephson Institute, which regularly surveys high school students, reveals that athletes—by their own admission—are more likely than non-athletes to cheat on tests, while substantial numbers approve not only of cheating in games, but injuring opponents.

These views are far greater among big-money sport hopefuls—basketball and football players—majorities of whom admit to bullying classmates.

That’s not to say that sports can’t build character, just that the data indicate character is better among children who stay away from big-money sports. If character building is really what parents are after, we’re more likely to instill it by helping our children start a landscaping business, or a charity that assists the disabled, or any number of labors that are both more humbling and more valuable than waging artificial wars on meticulously maintained playgrounds.

So let’s dispense with the bullshit entirely: The millions of parents dragging their families from one sporting event to another aren’t doing it for character building.

Neither is this to say that the strenuous life, as Teddy Roosevelt called it, isn’t valuable. I have four boys, and they all know how to catch a baseball, pilot a canoe, and throw a straight punch.

This isn’t a brief for the gnostic avoidance of physicality. It is, however, a denunciation of sports idolization, of false heroes, of forced mutation of natural sports seasons into year-round obsessions, indulged by parents who imagine winter baseball will earn their sons entrance into the major leagues (and really, can you wish a worse danger upon the soul of your son, other than perhaps seeing him drafted into the NFL?).

Other parents are free to believe otherwise, of course, and a benefit to me from their doing so has been the enjoyment of watching sports. For years I’ve rooted for my alma mater’s football and basketball teams, watched my favorite NFL franchises on a Sunday afternoon, nurtured my childhood allegiance to a Major League Baseball squad.

My teams had their share of felons and child-support shirkers, to be sure, but at least they didn’t have any murderers or dog-torturers. My university occasionally exploited kids who could barely read, but at least it didn’t protect a child molester for fear of bad publicity.

And so on, the typical moral reasoning of someone who imagines he has no complicity so long as someone else’s hands bear the stains.

Except my conscience wouldn’t leave it there. It occurred to me—and refused to stop occurring—that if I buy my kids shirts with my alma mater’s logo, I’m adding to the huge profits that induced its administration to give players grades for classes they didn’t attend. If I watch Sunday-afternoon football, I’m telling advertisers it’s smart to pay into a system shot through with violence and dishonor. Tuning in helps fuel the system, enabling it to spurn decency.

I understand this logic extends elsewhere. I read about a pharmaceutical company, for example, that deliberated making its pediatric cancer drug taste like vomit in order to induce doctors to begin prescribing its newer, more expensive—but no more helpful—alternative.

Major food companies dump wood pulp in their products and collude with the Food and Drug Administration to disguise it as “cellulose.” Many university admissions officers urge unqualified children to apply, in order to drive up their rankings by rejecting a large percentage of applicants. And so on. One would have to live in a cave to avoid complicity with all the world’s evils.

Which is inconvenient—trust me, I’ve evaluated the possibility. So my moral stands are selective and likely self-serving, just as, perhaps, are some of yours. I like to think, however, that these are stumbling steps toward right community.

Large institutions run roughshod over us because we’ve grown accustomed to the easy way, and so every time we opt for a harder way, however slight, we lean in the right direction. And maybe that makes the next step a little easier, and the next easier still, until—who knows—more of us are treating one another like children of God, and casting the wolves from our midst.

October 9, 2014 Commodifying Myself
Recent Comments
0 | Leave a Comment
"Ah, so now the imaginary War on Xmas is transmogrified into The War on Santa, ..."
David Miller How to Win the War on ..."
""Aural" refers to hearing, "visual" to seeing"
merphd The Gutenberg Imagination
""It doesn’t matter when you start the Sinatra Christmas playlist or put up your tree. ..."
C_Alan_Nault How to Win the War on ..."
"Yup."
Max Marvel Finding My Inner Calamity Jane
Browse Our Archives
Related posts from Good Letters 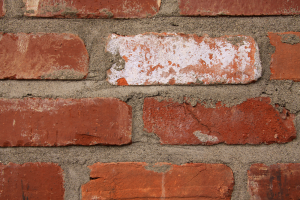 Created Out Of Love
God needs nothing from us; the divine nature is unchangeably perfect. All...
view all Catholic blogs
What Are Your Thoughts?leave a comment
Copyright 2008-2021, Patheos. All rights reserved.