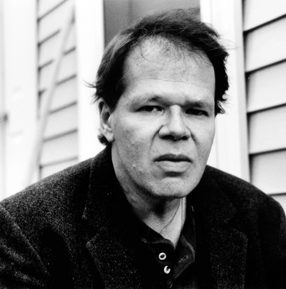 Maybe all poets are unhinged. There is historical evidence for this going back to ancient days. The Roman poet Catullus opened one infamous poem (known as “Catullus16”) with the line, “Pedicabo ego vos et irrumabo.” It’s among the more, shall we say, forthright responses to critics a poet has ever penned (“I will sodomize you and face-fuck you”).

Such behavior among the poets continues to this day. Franz Wright—who died in May—was known to take a Catullan stance where critics were concerned. He once threatened to thrash William Logan, the critic who was unkind about Wright’s poems in a review for The New Criterion.

Franz Wright struggled with alcohol and drugs his entire difficult life, so the bad behavior had its source. But I also think that, in Wright’s case, the personal suffering that led to his outlandish behavior is related to problems at the heart of modern poetry.

For quite a long time now, poets have been asking themselves whether poetry needs a strong sense of meter, or some other formal stricture, in order to really be poetry. The tendency in English-language poetry since the nineteenth century (with notable exceptions) has been to discard meter and move toward some form of the famous (or infamous, depending on your point of view) vers libre (free verse).

T.S. Eliot was of the opinion, for instance, that Modernist poetry could be defined by its lack of traditional meter and form. But Eliot also argued that there is no such thing as free verse in the strict sense of the term. That’s because all poetry, especially good poetry, has some internal sense of rhythm and, therefore, structure.

The question, then, is not whether poetry has rhythm and structure, but where it is getting it. Is it from some externally imposed set of rules (this or that number of stresses, this or that rhyme scheme) or from something less clearly defined, like the patterns of everyday speech or the voices in the poet’s head? Where, poet friend, do you get your meter?

Perhaps the defining struggle for American poets of the twentieth and now twenty-first centuries is answering that question. In answering the question, these poets are essentially being asked to generate both the content and the form of their art with each poem. This can be lonely and alienating work. It can make you crazy.

The great American poet James Wright, for instance, was working in a poetic milieu in which he was expected to trust his own ear. He was expected to come up with his own poetic forms. Maybe that’s why so many of his poems stress the idea of loneliness and despair, even amongst the beauty of nature and the world.

Throughout his career, James Wright moved further in the direction of free verse, developing a style that was sometimes called “chatty” and “conversational.” Here are a few lines from “Outside Fargo, North Dakota”:

The door slams back, a man with a flashlight
Calls me good evening.
I nod as I write down good evening, lonely
And sick for home.

James Wright was always lonely and sick for home, at least in his poetry. That’s probably why, when he found out that his young son had a poetic gift, he wrote to him, “I’ll be damned. You’re a poet. Welcome to hell.”

That son was Franz Wright. Wright’s life was, indeed, a life of poetry mixed with a lot of hell.

Franz Wright was still struggling with his addictions up until the day he died. He was given to fits of rage and to acts of incredible self-destructiveness. Like his father, he could be a monster.

Through it all, Franz Wright took poetry extremely seriously, knowing its demands were extraordinary. Wright wanted to solve the big problems of poetry. He wanted to find his own rhythm and structure. But he also wanted his poetry to say something authentic about what it means to be alive.

That’s an approach Franz Wright also inherited from his father.

Stanley Kunitz once said something to James Wright that came to define Wright’s method: “You’ve got to get down into the pit of the self, the real pit, and then you have to find your own way to climb up out of it. And it can’t be anybody else’s way. It has to be yours.”

Franz Wright heard that message. Perhaps all too clearly. You could say it wrecked his life. But it also gave him an answer to those questions of form and content that continue to vex contemporary poetry.

Descending into the pit of the self, Wright came back out again with the sense that he’d come into contact with God. He became a Catholic. He started listening to the silence within himself and to the poetical rhythms of prayer.

Wright could be poetically terse, as in “The Reader” (from the collection God’s Silence):

The mask was gone now, burned away
(from inside)
by God’s gaze

There was no
I, there

was no he—
finally

there was no text, only
what the words stood for;
and then

what all things stand for.

The structure for this poem, it strikes me, comes from contemplative prayer. It is the kind of prayer that drifts into silence, which is also what the poem is about.

But Franz Wright could chat, too. This is from “Goodbye” (from Kindertotenwald):

Each day I woke as it started to get dark and the pain came. Month after month of this—who knows when I got well, the way you do, whether you like it or not. With dawn now, risen from the rampage of sleep, I am walking in the Lincoln woods. A single bird is loudly singing. And I walk where I always have, as though from tall room to room in a more or less infinite house where the owner’s not home but is watching me somehow, observing my behavior, from behind the two-way mirror of appearances, I suppose, and listening, somewhat critically, to what I am thinking.

I don’t know if being able to write like that was worth the suffering. Trying to solve the problems of poetry cost Franz Wright everything. But we are surely the beneficiaries.

Morgan Meis is the critic-at-large for The Smart Set (thesmartset.com). He has a PhD in Philosophy and has written for n+1, The Believer, Harper’s Magazine, and The Virginia Quarterly Review. He won the Whiting Award in 2013. Morgan is also an editor at 3 Quarks Daily, and a winner of a Creative Capital | Warhol Foundation Arts Writers grant. A book of Morgan’s selected essays can be found here. He can be reached at morganmeis@gmail.com

June 25, 2015 Smoke Break
Recent Comments
0 | Leave a Comment
""Aural" refers to hearing, "visual" to seeing"
merphd The Gutenberg Imagination
""It doesn’t matter when you start the Sinatra Christmas playlist or put up your tree. ..."
C_Alan_Nault How to Win the War on ..."
"Yup."
Max Marvel Finding My Inner Calamity Jane
"I an confused by the use of "aural" here: "In The Gutenberg Galaxy, he explained ..."
William G II The Gutenberg Imagination
Browse Our Archives
get the latest from
Catholic
Sign up for our newsletter
POPULAR AT PATHEOS Catholic
1