His Murderer and His Keeper 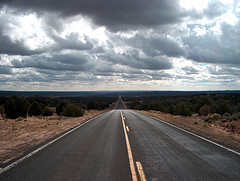 Some days I can’t remember: Am I Abel or Cain?

Blackberry soda in the afternoon sun. I talk with a friend who recounts her anger and, before she meets with those who aroused it, it’s softening. Blue heart of flame, her eyes purify the avenue, its commerce, its air. I am alive. I must be Cain.

Once, I was a shepherd. Now I am reduced to this: a symbol. My brother discovered his black heart when he heard me in the field, singing, offering the best of my flock. God loves my poetry. In response, my brother stoned me. Because back then no one knew when the soul leaves the body, he pummeled me beyond necessity. Even to this hour he continues, pelting me with rubble, rockets—whatever’s at hand. An innocent man, dead. I must be Abel.

Useless, he lies forever in a field while I wander, village to village, continent to continent, transferring my power from nation to nation, one century after another. No one can touch me. I am indestructible! But my power is the same as my powerlessness: I cannot die.

One summer day, I was playing on the beach with three other boys, friends. Behind us, our city was burning. Before us, the sea was a wide, knowing eye, its gaze fixed on the merciful sky. Suddenly, a message was delivered to my friends and me. It came from overhead, it arrived, and we were mist but famous in newspapers around the world. Not even God’s mercy is safe when Cain governs the sky.

For breakfast, eggs. For lunch, bitterness: my co-worker’s promotion over me. For supper, envy: my neighbor’s voluptuous wife. Call me Cain.

There is a hole for people like him, a cell with an eye-level slit in the door through which to see a slice of world. But somehow he multiplies in the free world while I, alone, the weight of the whole earth on my chest, wait forever to adjust to the imprisoning dark.

Am I Cain when I terminate the pregnancy? Am I Abel when I love the soon-to-be-born who, whether they come broken or whole, will be delivered from Father to Son who will love and forgive them the sin of life?

Cain and Abel: Am I a brother? Cain or Abel: Am I an only child, the salvageable part of a wrecked marriage, the issue of a mistake caught and corrected?

I hear how he tends to aging father, anxious mother, repaying the impossible debt of his reckless youth, desperate to make amends. Installing a chandelier so that in their new apartment there will be light—is this how Cain becomes Abel?

And if Cain can become Abel, can Abel become Cain, his offering to his creators neither choice sheep nor first fruit but merely a distracted voice from afar that may lift a spirit but cannot pack and unpack box after box after box to ease their move, mother’s and father’s, to a complex a few miles closer to their eternal home?

It was his blood on the sheet where holy love tossed for an hour when she first surrendered to my charm decades ago. This morning, it’s his blood that congeals on the nick in my shaved neck.

It doesn’t cry out to me, his blood. It doesn’t speak at all, but it stains and it salts and it puddles and pools, and there’s nowhere I can turn to escape it. It’s in the Modigliani and the Modest Mouse; it’s in the groomed blades of cemetery grass and in the glass that towers toward the moon; it’s in the silver tines of the fork as well as the stabbed meat; it’s in the belt snugged to my waist and on the pillowcase: There is nowhere where I am not his murderer, his keeper.

Praise. I cannot keep myself from praising him. Praise his fortitude: He meets every threat with poise, and he endures. Praise his fine wine. Crossing a border or a century, cleaning a weapon or clearing a path to the heart: He sees every occasion as an opportunity to raise a glass!

I can’t keep from praising him. It’s the only defense I have, praising brother who helped me develop a taste for my own sweet blood.

Cain and Abel: It’s just a story, right? There never were two brothers, one a Christian, the other a Jew—one a body, the other a soul. One man. One man with two or 102 responses to the punishment, the gift of life.

In the middle of eternal exile, somewhere in downtown America, I lift my eyes: Where is my refuge, where my home? In a field bloody with spring flowers, I lower my eyes to fertile soil, from where my help, oh brother, may come.

Photo above credited to TheFriendlyFiend and used under a Creative Commons license.