Kent Haruf and the Tie that Binds

Kent Haruf and the Tie that Binds August 5, 2015 Guest Contributor 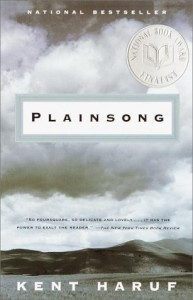 When you know people all your life you try to understand how it is for them. What you can’t understand you just accept. —Kent Haruf, The Tie that Binds

I’ve lived most of my life in cities with a population of a million or more, but once or twice I’ve lived in smaller communities of 25,000 or so, where I might run into people more than once. In big cities one person can’t know even a fraction of the inhabitants. So, most city-dwellers cultivate communities with family, friends, colleagues, and other fellow travelers.

How is this so different from life in small towns? In a city like Houston, I don’t have to just accept the people around me. If a relationship with a friend doesn’t suit me, I can move on to other friendships. If I suddenly stop writing and decide to desert my writing group, I might associate more with ice sculptors or entomologists or long-distance runners. Large communities allow people to be more selfish, defining and always seeking their own desires.

In the late Kent Haruf’s novel Plainsong, abandonment and acceptance are always in play. Victoria Roubideaux, a pregnant teen, suddenly finds herself homeless after her mother locks her out of the house. Maggie Jones, a teacher at her high school, takes her in and helps her. Through Maggie, Victoria eventually realizes that there is a place in the community for her, that people in it will love her like family. To get her to see the reality of her situation, Maggie speaks kindly but directly: “Honey…. Listen to me. You’re here now. This is where you are.”

The small, imperfect community of Holt, a fictional place east of Denver in the high plains of Colorado, is the setting for Haruf’s novels The Tie that Binds, Plainsong, Eventide, Benediction, and Our Souls at Night. Michael Rosenwald, a former student of Haruf, explains that the author got the idea for Holt “from Faulkner’s made-up place, Yoknapatawpha County. Kent knew everyone in Holt, where the train tracks were and who was on the wrong side of them.”

Of Haruf’s characters in their setting, Verlyn Klinkenberg notes that Haruf “never withdraws from these characters or the country they inhabit. To have called them into being at all implies a profound acceptance.”

What I admire in Kent Haruf’s novels, especially in Plainsong, are the ways in which characters in Holt must receive and deal with one another. Haruf’s characters—the likable and the unlikable, the bullies and the tenderhearted, the very old and the young—call up familiar figures. Readers see them in deep conversation or just shooting the breeze, whispering love or flirting, spreading gossip or talking harshly to others. Characters may engage in all-out conflict in one scene, then offer support to someone in need in another scene.

Early in the novel, teachers Maggie Jones and Tom Guthrie appear in the school’s copy room, discussing a problem student, during a brief scene that shows a range of interplay and dealings. When fellow teacher Irving Curtis abruptly walks in and eases up to Maggie, he whispers something objectionable to her. Maggie responds, “Don’t be such an ass.” Curtis simmers, saying he feels rejected. Guthrie offers, “You could shoot yourself.” Minutes later, after Maggie exits, Curtis says, “No shit, though. Just once I’d like to get her in a dark room.”

You want to leave her alone, Guthrie said.
No. I mean think about it…. I told you what Gary Rawlson said about her.
You told me, Guthrie said.
Do you believe it?
No. And neither does Rawlson, when he hasn’t been drinking.

Here, readers find gossip, insult, serious conversation, and humor in the plainspoken diction typical of Haruf’s characters. What is key is that, while the characters don’t shy away from speaking their minds, neither do they utterly condemn one other. They are accustomed to living among the tarnished, the cherished, the friendly, and even the barely tolerated inhabitants of Holt.

One of the most significant aspects of Plainsong is revealed in the way characters redefine and build family through abiding friendships, compassion, and kindness. Victoria is welcomed and supported throughout her pregnancy, first by Maggie Jones, and later by two old ranchers, Harold and Raymond McPheron.

Tom Guthrie and Maggie Jones grow to love each other, after Tom’s wife Ella withdraws from Tom and their sons Ike and Bobby, eventually leaving the family altogether. Maggie becomes the central figure among all these characters, helping them build an extended “family,” based on acceptance, love, and respect.

Kent Haruf has said, “We’d do better to follow the admonition of Jesus about loving our neighbors”; and in the novels his characters show us how to accept one another. And if they don’t always love the other, they don’t condemn and abandon their neighbors.

As for the radical self-centeredness I proposed earlier, I don’t engage in it too much. I long for a sense of community, and I’ve worked hard to build deep, stable relationships with the people around me in the big city. The longer I live, the more I find myself moving away from spitefulness and hardheartedness.

Michael Rosenwald says that Kent Haruf taught him “that stories have the power to exalt and transform.” Dwelling in Haruf’s Plainsong, I’ve seen how I might engage more with others who aren’t easy to associate with. While I don’t expect to become fast friends with my adversaries, perhaps we could have lunch together sometime. 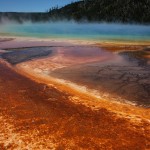 August 6, 2015 Redrawing the Tree of Life in Yellowstone
Recent Comments
0 | Leave a Comment
""It doesn’t matter when you start the Sinatra Christmas playlist or put up your tree. ..."
C_Alan_Nault How to Win the War on ..."
"Yup."
Max Marvel Finding My Inner Calamity Jane
"I an confused by the use of "aural" here: "In The Gutenberg Galaxy, he explained ..."
William G II The Gutenberg Imagination
"My friend is looking for a Pepper Smith he served in the army with, was ..."
Christine Budnack The Love Song of Pepper Smith
Browse Our Archives
get the latest from
Catholic
Sign up for our newsletter
POPULAR AT PATHEOS Catholic
1