The Confessions of X: An Interview with Suzanne M. Wolfe, Part 2 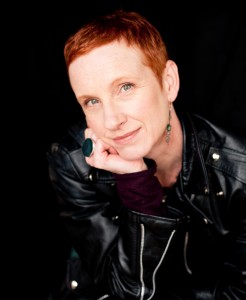 GW: One of the most interesting aspects of The Confessions of X is the way that X herself responds to Augustine’s intellectual passions, from his Manichean phase to Platonism. She’s not an intellectual but she’s no pushover and she instinctively challenges Augustine…

SMW: The last thing I wanted this novel to be was either a hagiographical account of the Great Man, Augustine, by the little woman or an intellectual debate about theology. And when I reached deeply into who X was and what her life experience was and how that had shaped her, I realized a couple of things:

1) That only a remarkable woman in her own right would fall in love with a man as fiercely intelligent as Augustine, so she would be no dummy;

2) Lacking a formal education, her grasp of intellectual and theological issues would be through her experience and her instinct. At one point in the novel she says, “I think better in pictures.” This is true to her experience with a father who was a mosaic layer. But it also reveals a more sacramental understanding of the world, a type of understanding in which women, I believe, excel. She and Augustine complement one another. More than that, X provides a necessary check to his tendency towards abstraction both as a Manichean and as a Platonist.

GW: In a sense, she’s a natural incarnationalist, even though you depict her as living in a space between her childhood pagan upbringing and Augustine’s Christianity…

SMW: Not only her experience with art through her father but her own experience of motherhood make her an incarnationalist. For her, beauty has a form; love has a form. She says: “Grace, for me, is flesh and blood, bones and sinew, someone whom my mouth can name.”

There is some evidence in the Confessions that X was a Christian but I have chosen, as you indicate, to place her between paganism and Christianity. She was brought up to worship the Punic gods as her father did but her aunt is a Christian. Given her tragic experience—being parted from the man and son she loved—it seemed both too sentimental and too much of an emotional stretch for her to become a practicing Christian. Towards the end of the novel, she says: “Nor did I worship the Christian God. He had taken too much from me.” This seemed right to me.

GW: Are you concerned that some readers are going to be dissatisfied because she doesn’t convert to Christianity like Augustine?

SMW: Not really. I hope that X’s voice is so compelling, so real, that the reader will not judge her too harshly. After all, she has a tragic life and what love and joy she experiences is hard won. What I really hope is that the reader will come to love X, Augustine, their son Adeodatus, Monica, and Nebridius.

GW: Speaking of Monica: She must have posed a challenge, right? I mean, she could easily have been depicted as the ultimate mother-in-law. Even Augustine gave her the slip to avoid her…nagging? How did you come to understand Monica?

SMW: Monica was the hardest character to write precisely because of the stereotype of the mother-in-law. And there is no doubt that she is absolutely relentless in the Confessions.

But I admire relentless perseverance and see it as a plus and not a minus in a character. I also think that motherhood is an underrated vocation in our contemporary culture, that mothers/women are often depicted as naggers because of the fear that what they are saying is all too true. You definitely get this sense in Augustine’s Confessions, which is why he famously gives his mother the slip at the port of Carthage and slopes off to Rome. He just doesn’t want to hear it.

What opened Monica up to me was the realization that everything she did and said was out of love for her son. And so I made love the foundation of her character—maternal love. And she shows this to Augustine, to X, to her household and servants. To everyone. I really came to love Monica.

GW: The story of X is a heartbreaking one. How do you hope readers will respond to a story that is full of loss and grief?

SMW: I think readers will understand that life is often sad, even tragic. X may be a woman from a different time, but she is, essentially, just like the reader—flesh and blood.

It is not so much the tragic events of X’s life that will stand out to the reader, I hope, but her courageous response to them. She makes an impossible decision and then lives with it with grace and fierce valor. And her faithfulness to what is most dear to her—Augustine and her son—enlarges her so that she is able to be a source of strength and grace to others. In the end, it is precisely her loss and grief that make her great.

I hope the reader will feel her strength and come away with a sense of hope.

GW: Are you working on a new novel? If so, what’s it about?

SMW: Yes. I’m currently revising the first draft of a murder mystery set in Elizabethan times (1580s London). I hope it will be the first in a proposed series featuring Nicholas Holt, younger son of the Earl of Blackwell and owner of The Black Sheep Tavern in Bankside, London. He is a spy, adventurer, and general lad about town. As you can tell, this novel is very different from The Confessions of X.

I would also like to add, for the record and nepotism be damned, that I could not have written The Confessions of X without your support, Greg. Instead of getting all mushy, I will simply say: Thank you. You rock.

Suzanne M. Wolfe grew up in Manchester, England, and read English Literature at Oxford University, where she co-founded the Oxford C.S. Lewis Society. She is Writer in Residence at Seattle Pacific University and has taught literature and creative writing there since 2000. Wolfe is the author of Unveiling: A Novel (Paraclete Press, 2004) and co-founder, along with her husband, of Image, a journal of the arts and faith.  Suzanne and Greg have also co-authored many books on literature and prayer and are the parents of four grown children. They live outside of Seattle.

January 28, 2016
The Confessions of X: An Interview with Suzanne M. Wolfe, Part 1
Next Post 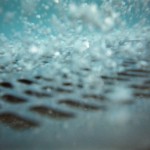