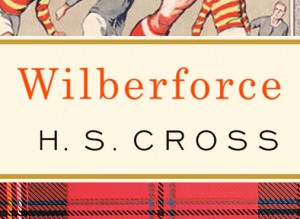 GW: Religion and worship played a large role in the British public schools in the 1920s and St. Stephen’s is no exception. I suppose it’s easy to observe most of the characters ignoring Christianity, but it was a time when faith could still speak to a certain sensibility and when the best chaplains and schoolmasters could exercise something of a pastoral role. Is that a fair assessment?

HSC: I think so, though I hope faith still speaks to certain sensibilities. In the novel, in 1926, religious faith isn’t as strong as it was before the war, but Christianity is still part of the conversation. These people, regardless of their personal belief, have the vocabulary.

St. Stephen’s boys hear scripture daily, whether they pay attention or not. They take part in daily worship. Christian language—specifically the King James Bible and the Book of Common Prayer—is native to them. And Christianity isn’t in competition with other religions.

There’s certainly the question of whether religion matters, and even in some circles, whether God is real.

Because so many religious authorities had supported the war, and even tried to cast it as a kind of holy war, the existential collapse at the end of it sidelined the Church and wounded faith. You see it in the boys’ indifference towards religion, which is part of their hostility towards strong belief or indeed any enthusiasm. On the other hand, their expressions of atheism and agnosticism seem equally half-hearted, so even in their disillusionment, they have a shared religious culture.

Setting a novel that grapples with spiritual questions in such an atmosphere made it easier to get to the heart of the matter. The characters have the words for religious discussions, and the evisceration of a common moral understanding hasn’t happened yet.

The characters enjoy a certain freedom with each other. They don’t have to tiptoe around an allergy to religion, and they don’t have to start all the way at the beginning, which is where we often have to start today. I couldn’t imagine trying to write a similar novel set in the present day because you’d have to spend most of the time framing the discussion rather than having it.

GW: On the one hand, contemporary American readers may look at St. Stephen’s and think: This is as remote to me as an African village. And yet Morgan Wilberforce, with his rebelliousness and uninhibited sexuality, feels remarkably contemporary. Did you intend the reader to feel the ambiguity of whether to support Morgan or the authority figures in his life?

HSC: I feel the conflict too, and the double point-of-view feeds it. I guess it’s part of my general style, which is to try to turn things around and see all the angles. Many of Morgan’s complaints about the authorities in his life are legitimate. These men are deeply flawed, and we are experiencing St. Stephen’s at its nadir.

But while authority is degraded, it’s also sorely needed. We’re not fast-forwarding to the 1960s, or whenever it was that people decided to kick out the bums and start a revolution. I get bored with either/or scenarios: Either adult repression must be overcome or degenerate youth must be controlled! I’m interested in reality, where the experiences of youth are strongly felt, if shallow and self-involved, yet the adults also wrestle with vocations and shortcomings.

GW: Later in the novel you undertake a bold move and leave the school environment when Morgan gets in trouble and has to undergo a sort of rehabilitation at the hands of a clergyman. It’s a remarkable contest of wills and while the outcome is unclear, there seem to be real spiritual and psychological forces at play here. How did you pull this off?

HSC: The third part of the novel is really the linchpin. It can seem a baffling diversion from the social-sexual dramas of parts one and two, until you realize there’s been a bigger battle going on.

By the end of part two, I felt overwhelmed wondering how long Morgan was going to keep making the same mistakes. Taking him away from the school was a way of removing distractions, stripping away all the apparent causes of his suffering and error, even including his relationship with Grieves (which upsets many readers but nevertheless has to happen so Morgan can begin to see the decisions he’s facing).

Throughout the contest of wills you mention, the surface conflicts got picked off one by one, and then what happened was Morgan’s character, and the forces opposing him, had less and less to hide behind.

The Bishop (the clergyman in question) was one of those characters that mesmerized me the minute he appeared on the page. He’s inspired in part by real priests I’ve known—vigorous, clear-sighted, authoritative, humble, and astonishingly sensitive men—but because the Bishop is fictional, and here only seen through Morgan’s eyes, he’s allowed to be better than any real person could be.

Once I’d made the decision to take Morgan out of the school, I had to stop playing around, stop pretending (if I had been) that his problems were merely social or psychological. Of course they are that, but they’re more, and the Bishop was a character who could address that.

Even as he comes to understand Morgan in his emotional, intellectual, artistic, and physical dimensions, the Bishop is forthright in his spiritual worldview. Of all the characters in the novel, he has the fullest appreciation of what it means to be human, and he’s the one I wanted to accompany Morgan through the later stages of his ordeal.

This is strange to say, but there were times writing this part of the novel, especially working on the more elusive scenes, that felt…dangerous. I was trying to expose a reality that we often pretend doesn’t exist, and I sensed I was playing with something menacing. As Morgan came under attack, I felt myself under attack, too. It took more than one kind of discipline to get through it.

A technical challenge here was maintaining the balance between a bold frankness and underwriting. When you pin abstract things down too firmly, they can get flat or clichéd, but if you’re too elliptical, it gets timid and dilute. My editor and I had some pitched and fruitful battles over this. I can’t express how grateful I am to him for challenging me with such firmness and sensitivity—a shadow contest of wills, perhaps, beneath the page.

H. S. Cross was born in Grosse Pointe, Michigan. She was educated at Harvard College and has taught at Friends Seminary, among other schools. She lives in New York. Wilberforce is her debut novel, and she is currently working on a second book set at St. Stephen’s Academy. 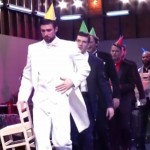 January 22, 2016 The Glory of the World
Recent Comments
0 | Leave a Comment
Browse Our Archives
get the latest from
Catholic
Sign up for our newsletter
POPULAR AT PATHEOS Catholic
1