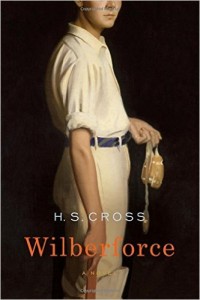 GW: Your debut novel, Wilberforce, is set in an English public school (what in America we’d call a private school) in Yorkshire in 1926. But readers would be wrong to assume a Hogwarts-like idyllic world. It’s a hothouse in a way: a group of adolescents cooped up with one another and an all-male environment. But I suppose that setting is a bit like Jane Austen’s quip about a country house: It’s enclosed and thus ripe for drama?

HSC: I would never call Hogwarts idyllic (people get killed there all the time), but Austen is right. Being confined in a remote boarding school intensifies conflict and makes it harder to escape it.

In the boarding school, the characters put a lot of energy into running away from their problems, but there’s not very far for them to run. When they try to leave the school, there’s a sense that this might be the only place for them—the only place that will take them, or the place oddly most suited to them. Even Wilberforce winds up defending and pleading for the place, though he’d reviled it earlier.

The English public school has been called a “total institution,” meaning it exerts control over every aspect of a person’s life and identity (similar to prison or the military). Choosing such a school as your enclosed environment lets you put extra pressure on your characters because of the way the institution shapes them and concentrates their ordeals through a common culture, common language, common experience, and common goals.

Another appeal of the boarding school genre is the trope of children-on-their-own. You don’t need orphans per se, but you get young characters, under development, coping with crises sans parents or the solace of home. (I’ve always found day school in fiction a yawn; it lets all the air out of the balloon.)

And because St. Stephen’s is so geographically remote, parents rarely visit. There’s no mention of exeats (parental outings); they’re stuck there, almost forgotten. Add to this the fact that the school is falling apart, and it’s almost a life-raft atmosphere. No one is coming to save anyone.

GW: Again, readers might be thinking “Eton” or “Rugby” but “St. Stephen’s” is a bit lower down on the class scale, isn’t it (not to mention it’s in Yorkshire, not the Home Counties)? What advantages did that type of institution offer you as a novelist?

HSC: I didn’t think I could pull off an imitation of a famous public school—they are too quirky and peculiar and well known. I thought I’d get more leeway if the school was second-rate, and ultimately, the obscurity of St. Stephen’s proved fertile ground. The gift of neglect is that it leaves you free to be yourself.

St. Stephen’s is too rinky-dink to compete with more prestigious public schools—in the Home Counties or even in Yorkshire. (They can’t ever seem to beat the real Yorkshire public schools they play at games.) Consequently, it can just get on with being itself.

Also, I wasn’t interested in a rarefied aristocratic experience, which you’d encounter somewhere like Eton. As an American, I have no insight into it. Instead, I gravitated to the rising professional, clerical, and colonial class.

St. Stephen’s has a more austere sensibility than places like Westminster or Harrow; there’s a whiff of monasticism about it. It was founded specifically for the sons of clergy in the late nineteenth century, part of the wave of Thomas Arnold-inspired institutions.

But unlike similarly founded schools, such as Marlborough (where two St. Stephen’s masters were educated), St. Stephen’s has gone into decline. There’s a sense that it’s the best these families can manage. At the same time, there’s an anxiety about reputation when the school’s woes make the press. Scandal is more damaging to a place like this than to the established schools.

GW: The novel’s protagonist, Morgan Wilberforce, is someone I believe you’ve said is capable of making every possible mistake. Did you struggle to create a protagonist who is both worth rooting for and yet who is almost incessantly, impulsively stupid about the decisions he makes?

HSC: I don’t feel as though I created Morgan. It’s more like I met him and he gradually became comfortable enough to let me inside his head and to behave spontaneously. He entered the fictional world of St. Stephen’s a long time ago as someone who was a kind of legend.

I began this book in part because I had a crush on Morgan and wanted to find out how he became that legend. When I took him back to his first days at the Academy, he was so naive and fresh and brave. Most of that material got cut, but the energy and temper remained.

It was impossible to control him, not that I ever try to control characters; in fact, the more they’re out of my control, the more alive they become. But even compared to others, Morgan was a livewire. It was fun trying to keep up with him.

At root, Morgan is someone driven by his heart. He’s confused and libidinous and has difficulty seeing clearly, but he loves, which makes him endearing while he’s getting into messes. Plus he has charisma, which can affect reader and writer as much as the other characters.

He was a great battlefield, his blindness and resistance so strong, but as the page count mounted, I grew anxious. Would he ever change? Will any of us? Can I ever change?

GW: The aftermath of World War I plays a subtle but persistent role in the novel, particularly in the life of one teacher who sympathizes with Morgan. Is his desire to help Morgan a way of trying to redeem the traumatic experience of war?

HSC: I’m honor-bound not to divulge their secrets off the page, but I wouldn’t jump to that conclusion about Grieves (the teacher in question).

I’d say the person perhaps most suffering the effects of the war is the headmaster. The school, which he founded, has become debilitated since the war, short of staff, short of wherewithal, bereft of conviction. This man has seen worlds destroyed—both the outside world and the Arnoldian cloister he labored to create. Nothing meaningful has taken their place. The boys he devoted his life to are dead. There’s a crisis of belief—in authority, in causes, in meaning.

The novel also sets the stage for the pacifism of the inter-war period. You’ve got a teacher who’d been a conscientious objector during the war and is still a pacifist. If you look ahead to the 1930s, you can see that his attitude is going to have real weaknesses in the face of Nazi Germany, and that the growing national taste for pacifism might even facilitate Hitler’s rise.

In a strange way, I identify with the inter-war atmosphere—both its distaste for combat and its meaning vacuum. I was a child of ’68, so by the time I became politically conscious, the national mood was decidedly anti-war (no-nukes!). There was a sense that we’d been dragged into a meaningless war that had inflicted incalculable damage.

When I was coming of age, it was the 1980s; I was part of Generation-X, the overshadowed stepsiblings of the loud, seemingly self-obsessed Baby Boomers. They’d made all the revolutions before we started pre-school. There seemed to be no causes left for us.

I had a professor at Harvard, a young guy, brilliant, and he used to look at us with the most baffled air. He’d regale us with stories of having got hold of Mao’s little red book in high school, of seizing the means of production by taking over the ditto room. Such things seemed thrilling, but part of a bygone era. Like the boys too young to have fought in the First World War, we felt we’d missed all the fun, that we didn’t matter compared to this impossibly bold generation, that we’d never be able to compete.

Our adulthood, it seemed, would be uneventful. Sure, we were afraid of nuclear war, but exciting things like the Cuban missile crisis and Watergate happened before we were born, or aware.

Of course, the 1980s weren’t traumatized and bereaved like the inter-war era, but I’m interested in this question of what has been lost. Today we mostly want to discard the past, but once we’ve kicked to the curb all the dusty carapaces of old, stupid, moralistic, paternalistic eras and begun “progressing” into a creative, enlightened, constantly reimagined future, I wonder if we haven’t lost some things.

And I wonder if they’re really lost forever.

H. S. Cross was born in Grosse Pointe, Michigan. She was educated at Harvard College and has taught at Friends Seminary, among other schools. She lives in New York. Wilberforce is her debut novel, and she is currently working on a second book set at St. Stephen’s Academy. 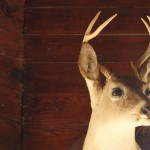 January 19, 2016
Eden’s Border: Where Objects Have Stories
Next Post

January 21, 2016 Wilberforce: An Interview with H.S. Cross, Part 2
Recent Comments
0 | Leave a Comment
Browse Our Archives
get the latest from
Catholic
Sign up for our newsletter
POPULAR AT PATHEOS Catholic
1