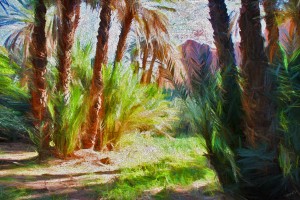 I managed to live in Indiana for forty years before visiting the Indianapolis 500. A friend offered my husband and me tickets on our anniversary weekend, which also happened to be the 100th anniversary of the race itself, an event that was expected to draw half a million people.

“Oh, why do you want to do that?” My family has used this rhetorical question for many years to discourage wanton desires.

We have shared a long-standing prejudice against the race, because it is a place people go to sit in the sun too long while consuming too much alcohol, and my family largely consists of fair-skinned people who do not drink. We have also casually directed this disdain at amusement parks, cruises and the state of Florida for the same reasons.

My dark secret is that I sort of like drinking in the sun. Like nearly all the forbidden things I’ve tried, it feels quite good, until it’s horrible.

In order to go to the race, we had to leave in the early morning, drive downtown, battle a possible two hours of traffic, meet up with our friends by coordinating via cell phone, and put off going to church until later in the day, if at all.

It was that last part that gave me the greatest pause. What if I missed Mass? Then I’d really be one of the baddies.

I’d just been to confession the day before, and missing Mass is a mortal sin for Catholics, which would mean I’d need to go to confession again before I next received communion—which is a lot of work. The last time I’d missed Mass was sixteen years ago, ironically, on our honeymoon to Mexico—another place I drank too much in the sun.

I’ll spare the suspense: we made it to a 6:30 p.m. Mass after the race, but my discernment process involved a degree of uncertainty about that event, and it all felt very risky.

I can never quite decide if I want to curl in on myself like an Escher salamander, in towards the lagoon of spiritual safety, in towards whatever I can know of the cave of my own heart, or whether I want to sally out towards the dark potentialities of the world at large—a world God made and called good, but that nevertheless, I’ve been warned against in many spiritual readings and sermons.

If evil is always “out there” somewhere, how did it happen that the serpent found the first man and the first woman in the safe haven of Eden, under the watch of God and all the angels?

I observed plenty of nakedness without shame at the race, in the sea of people with sunburnt sweaty skin and dry lips stuck to their cigarettes, lips taking in heavy draughts of unknown spirits in plastic drinking bottles, whilst listening to loud engines.

I was stunned by the sound and its vibration, by the alchemy of metal, rubber and concrete, engineered to permit wondrous speed.

The archbishop gave the invocation and called down God’s blessing upon all the drivers and their pit crews, as well as the marinating and roasted viewers. It was the feast of Corpus Christi, and not knowing if I’d receive communion later in the day, I was looking everywhere for the blood of Jesus.

Half a million people praying together surely signifies something. You can say it was just pageantry, rather than prayer—O Sinners! Let’s speak the name of the Lord together!—but it was a moment worth drinking in.

The couple sitting behind us that couldn’t keep their hands off each other. I don’t know the particulars of their situation—whether or not they were committing Catholic sin—but they provoked my husband and I to use our own coded language for piquant secrets, secrets that exist because of the covenant between us, all of which made us laugh with homely old joy.

We walked a loop around the infield when things got boring mid race. Each turn of the track was a universe unto itself. Turn 1, a white-tented VIP enclave. Turn 2, families corralling children in protective earplugs. Turn 3, the Snake Pit, which by the time we arrived, around lap 100, many people were already snoozing under vinyl tents, awaiting their second wind, or else raving to Skrillex in the cordoned off area for which people now buy extra tickets.

Our friends knew to stake our chairs on Turn 4, where race aficionados sit with headphones tuned into the banter between drivers and their crews. From our view, we could make out pending battles for the straightaway.

The race ended with a rookie upset which made everyone a little dippy, and then we all began to gather our coolers and tarps to exit the racetrack, all half-a-million of us at once. There was a new stink on the vacated fields, overflowing cans of garbage, probably some special sauces mixed in, heated to peak aroma.

We walked through a tunnel under the track to exit, shoulder to sweaty shoulder, and I reached for my husband’s hand in the dark, so we might still be connected when we surfaced again in the light.

Sometimes I wonder if my fear of the world is actually a devil’s bargain I’ve made that keeps me turned inward, nit-picking the familiar people I love, looking for distractions in church and reasons to be angry about the music or what people are wearing, rather than agreeing with the Lord that Creation is good. Perhaps the snake uses my isolating tendencies in the same way he used Eve’s curiosity and outward longing, to slither into these remaining Edens on Earth, constricting rather than expanding the reach of grace.

Each morning my husband and I wake up parched in our own little garden, legs entwined in the serpentine vines of thin blankets—and we make many small choices that will either choke us, or that will be an expansion of something, a multiplying supply of grace from which we can pull deep draughts.

I resolve to call it all good, each day a bon anniversaire for lovers of a good contest, to which I raise my glass in this terrific light.

Image produced above is by Alan Eng, licensed by Creative Commons. 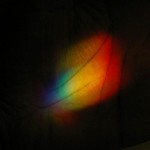 June 14, 2016 Fifty Shores of Grief
Recent Comments
0 | Leave a Comment
Browse Our Archives
get the latest from
Catholic
Sign up for our newsletter
POPULAR AT PATHEOS Catholic
1