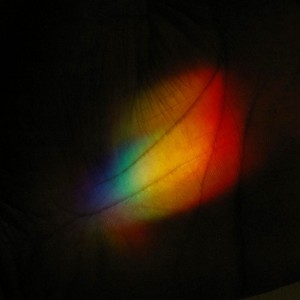 I write this the evening of June 12, 2016, the day forty-nine people died in the worst mass public shooting in recent US history.

A few hours before hundreds of people faced unspeakable terror, my husband and I finished the first season of Justified, a series about Raylan Givens (Timothy Olyphant), a U.S. Marshal who returns to his hometown of Harlan, KY, to help root out the bad guys. Sure, he gets a little trigger happy at times, but he feels “justified” in his attacks. The audience usually agrees.

I like the show. It’s entertaining and witty, and Olyphant sulks adorably under his cowboy hat.

The Season 1 finale, appropriately called “Bulletville,” reaches a body count of at least a dozen, including one man, Johnny, shot by super bad guy Bo in a sudden act of revenge. He flips back over the porch railing and lies in the shrubbery, stunned, clutching his stomach as he bleeds out the rest of his short life.

I’d like to think I had trouble sleeping last night as a result of witnessing so much slaughter, but I was just too hot to get comfortable upstairs. After fighting my dog for the creaky basement sofa for a while, I lumbered to the family room to sprawl on the sectional.

So far, insomnia has been the extent of my middle-age physical suffering: Will I wake up with a crook in my back? Will I have enough energy to wash my hair in the morning? Will two pots of coffee keep me from snapping at my kids?

At about the time I stretched out on my microfiber resting place, over a hundred people took bullets, holding their own bleeding stomachs and necks when they should have been celebrating a midsummer night.

Not until I woke would I know about the puddles of blood. The dance floor echoing with cell phones of the dead. Relatives passing out in their kitchens when they heard the news they could never rewind.

According to statistics from the United Nations, 2,596,993 people died in the United States in 2013. That is over 7,100 people per day. I don’t share this number to minimize the dozens who died at the Pulse nightclub. There’s something especially horrifying about life lost on a massive, sudden scale, especially life lost in hate. That’s how terrorism works.

But when I wake every morning to pour my timer-brewed coffee, letting my dogs out to pee on the daylilies as I run my hand through my graying hair, silent waves of grief lap at over seven thousand shores. And the next morning, it happens again.

I know it’s coming for me. I know it’s coming for my family. But I have excellent food and health care and shelter, complete with an Amazon Prime membership that allows me the privilege of watching people shoot one another whenever I’m in the mood. I don’t live in a war-torn country. I’m white, straight, and not the target of anyone’s fury.

But still, it’s coming. Most days, I don’t believe it. Not me. Not today. About the time I read the Orlando headlines this morning, I also checked my iPhone for the day’s agenda. I would go to church to sing songs, the beach to help my kids bucket sea glass, and the grocery store to buy flax and Greek yogurt to insure our long lives.

I was trying to get a handle on the coming afternoon (would we have time to drive home from church before the beach?) when my son trudged downstairs with a fistful of craft popsicle sticks.

He was crying because, unlike his sisters, he couldn’t get the sticks to fit together to make a special ninja star of sorts that “explodes” when it crashes. He’s the youngest of three, so I feel less patient with his whining and crying. Okay, okay, it’s fine! I want to rattle off when I hear his wails, even before I hear the problem. So much depends on my keeping my train of thought.

But since watching Boyhood, the movie that traces twelve years in a boy’s life in frightening real time, I try to breathe and look into his rapidly thinning face. He needs to be loved today—no, now—to understand that he’s loved later.

He suffered this morning. He didn’t starve or fight for breath but sunk into the despair of just not getting it right. For an eight-year-old, that can be suffering enough.

The Pulse nightclub was full of young men who were boys not too long ago annoying their mothers with petty broken contraptions at the most inconvenient times. And then they suddenly grew up. A good number of them probably spent years fighting discrimination and rejection because their orientation or gender identity just didn’t get it right.

Their bloodbath was no season finale. There was no resolution, cliffhanger, strategic characterization, or series of plot complications leading the victims to this day. Like most of us, they worked, posted online, loved and fought with their family, then had a night of noisy fun before the power went out.

I don’t know how to mourn. I never do. I read articles or make donations or say tender words then go right back to my to-do list. But this morning, the moment I saw my son slump against the sliding glass door sobbing over a pile of popsicle sticks, I decided to try.

“I’m so sorry, honey. That’s got to be so frustrating, you know? To keep trying to do something and get stuck.”

“Yeah,” he said, and wiped his nose with his Minecraft shirt.

He looked at me, then looked at the sticks. He picked them up again and stared at them hard, moving and bending them until they slid together, some magic of friction and physics holding them in place.

“I did it, Mom!” he shouted. “Look!” Then he flung the star so that it bounced off the table. Sticks flew and seemed to hit everything in the room, including the window, houseplant, and guitar.

My eyes widened, but I stopped myself and smiled. I cheered and applauded, clapping till I could no longer feel my hands.

Image above is by linus_art, used under a Creative Commons license. 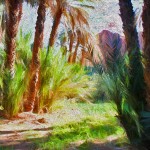 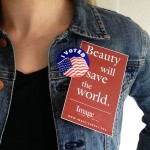 June 15, 2016 More Incisive, More Powerful, More Permanent: Cast Your Vote for Image!
Recent Comments
0 | Leave a Comment
""It doesn’t matter when you start the Sinatra Christmas playlist or put up your tree. ..."
C_Alan_Nault How to Win the War on ..."
"Yup."
Max Marvel Finding My Inner Calamity Jane
"I an confused by the use of "aural" here: "In The Gutenberg Galaxy, he explained ..."
William G II The Gutenberg Imagination
"My friend is looking for a Pepper Smith he served in the army with, was ..."
Christine Budnack The Love Song of Pepper Smith
Browse Our Archives
Follow Us!