My September 11 Story, and Ours, Part II 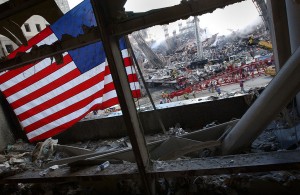 For Scott Simon, and for Bill Craven

In the back of my closet, inside a cellophane folder where I keep the rarest papers I own, there is a plain piece of unremarkable 8 ½ by 11 printer paper. At the top of the paper is the inscrutable coding “TC2001091307CD22AM.”

Just to look at this piece of paper makes me shiver, a bit, in recollection. Here’s why:

The first days after September 11 were just as bewildering as the one that had come before, though the daily schedule picked up again almost instantly—this was, you see, the circumstance for which the phrase “the new normal” was actually created.

My husband worked all kinds of unexpected hours then, on top of a schedule that was already pretty unpredictable. NPR had moved to twenty-four-hour nonstop live coverage, and listening to it was like gathering to warm your chilled hands by a campfire.

My own work was less urgent and more time-bound, but on the morning of September 12, I got up and put on my work clothes and drove over the bridge into the city. The Pentagon was still smoking.

That night, a man named Bill Craven, who was then the Logistics Manager for NPR News, came into my office and told me that I would be needed in the effort to help log the massive backlog of uncatalogued recordings that were piling up from the production of so much unexpected news coverage. He appealed to my role as the spouse of an NPR technical employee—“you understand how Engineering and Operations work”—and said he was glad he could count on me.

I was just one of the many people with whom Bill was having this chat. But it has remained one of the proudest moments of belonging in my life—Bill was a legend by then at the network, was exacting and serious (though really funny too), and to have earned his tacit approval meant something.

In due course, I received a pack of CDs to listen to at my desk—although it’s worth noting that the network was still using reel-to-reel tape and had not yet phased it out.

This is the explanation for the artifact of printer paper that I keep in the closet: It is one of the catalogue records of news coverage that was produced during this effort by a non-librarian. The time code I cited above notes the day and hour: Thus, it was September 13, 2001. The hour was 2:00-3:00 a.m.

This is not one of the hours I logged.  It is an hour where I lay in bed in the dark, a caesura amid hours of sleep, my ear glued to the radio. And it is, in part, why I still like to have the radio on at night when I can’t sleep, kind of like a little audio vigil lamp in the dark.

I’d probably gone to bed around eleven. My husband was still at work; if I recall rightly he got home around midnight and fell horizontally across the bed. I am still not sure why I woke up, but once I was awake I was alert and still. Listening.

The log notes that Scott Simon was hosting. The hosts and reporters were working all hours every day during those weeks.

Then in succession follow a series of quick blurbs describing all the stories that hour. Sometime in the next few months, I thought to look up the hour in the TechLib system, print out the rundown, and tuck the paper into the file where it remains today.

It might, oddly, be one of the things I think to grab if there were a flood, or fire.

Some of the stories:

“WNYC’s Kaari Pitkin reports New Yorkers share stories, hug and walk through the streets as many bridges and tunnels are closed. Lawmakers begin work on request from President Bush to help victims and begin reconstruction.”

Whatever your thinking about NPR and its supposed politics, my colleagues rose to this honorable moment. It is a great thing to work somewhere with a serious and national mission, and to feel united in that task.

How great is the love and regard I still hold for all these folks, and for all of us working together. How I miss those early weeks when our whole country felt united, before everything that came after.

Love and work. Work and love. 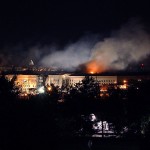 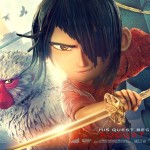 September 14, 2016 What My Kid Knew about Kubo
Recent Comments
0 | Leave a Comment
Browse Our Archives
Follow Us!